One of the classics in the world of smartphones is the decision that Samsung makes year after year to use a processor signed by Qualcomm and by themselves in their best smartphones. The technique is usually based on bringing the Snapdragon processor to the United States and in Europe offering us the Exynos chip, something that not everyone likes.

But nevertheless sometimes we have had the possibility in Spain to choose one or the other chip with very few differences accompanying it. If we had the option to choose Snapdragon or Exynos, one or the other on equal terms, which of the two processors should we choose? This is what we are going to try to find out next, looking at everything that the passage of time has left us in another to these two options. Which of the two wins in power?

The question that most interests most users is this, something that we can answer relatively easily by looking at the Benchmark and AnTuTu tests carried out. In the same Samsung smartphone such as the latest Samsung Galaxy S21 Ultra with the Snapdragon 888 processor compared to the Exynos 2100, we can see that the results show us what has been talked about for a long time and that is that Qualcomm goes above what it is capable of. to develop Samsung. 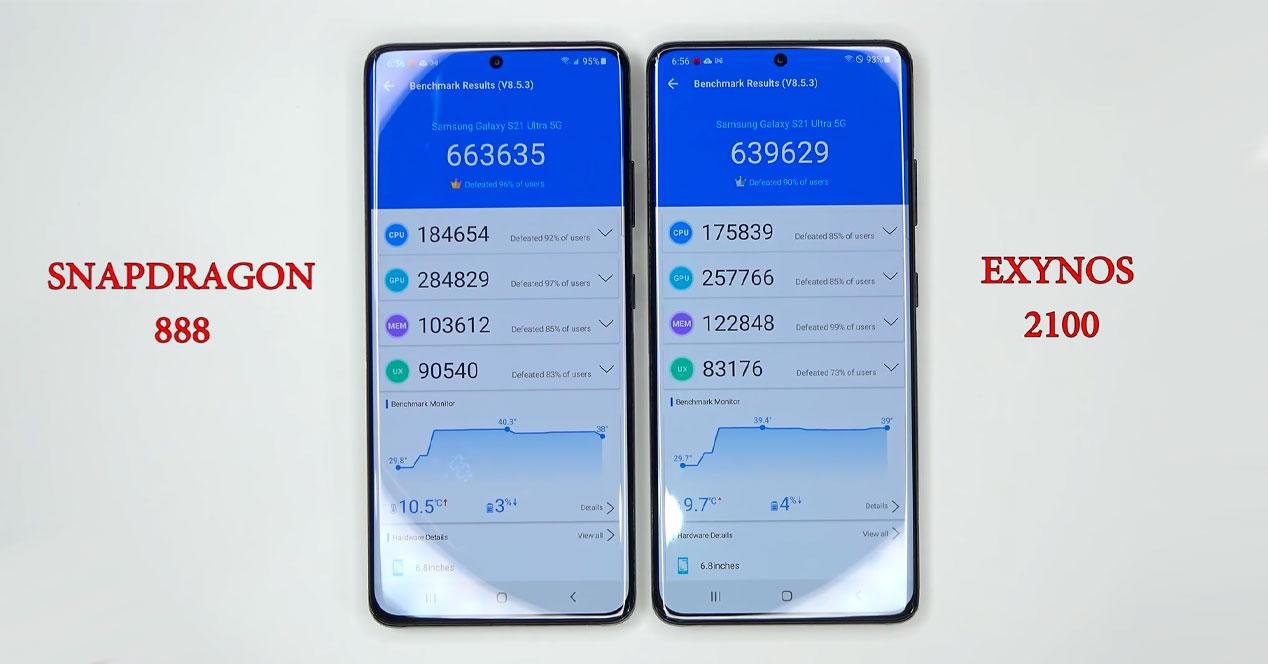 To visually show us the difference of a test prepared live, we use the PBKreviews image that allows us to see the changes in terms of the score obtained. The same happens with new tests and in various Samsung smartphones. Before the difference was greater, but the truth is that with the latest Exynos chips, ground and differences have been reduced. Anyway, for now in terms of power Snapdragon is one step ahead getting its CPU and GPU to perform better.

No problem in both cases

Based on the opinions of users in forums, networks and ourselves, we can be sure that in terms of errors there are no differences. Both chips demonstrate broad creditworthiness, no lag, and no performance issues. Although Qualcomm enjoys greater power, this only shows that it has the ability to load certain applications faster, although to the human eye this will sometimes be impossible to see.

That minimal difference that we can see in the tests and also in the day to day translates into a better optimization by Qualcomm. Being a series of chips used in a greater number of devices, the work of the existing games and applications themselves focuses on achieving a good result against Qualcomm. That is why it may be able to squeeze the processor in a better way, which in turn translates into differences in the tests. 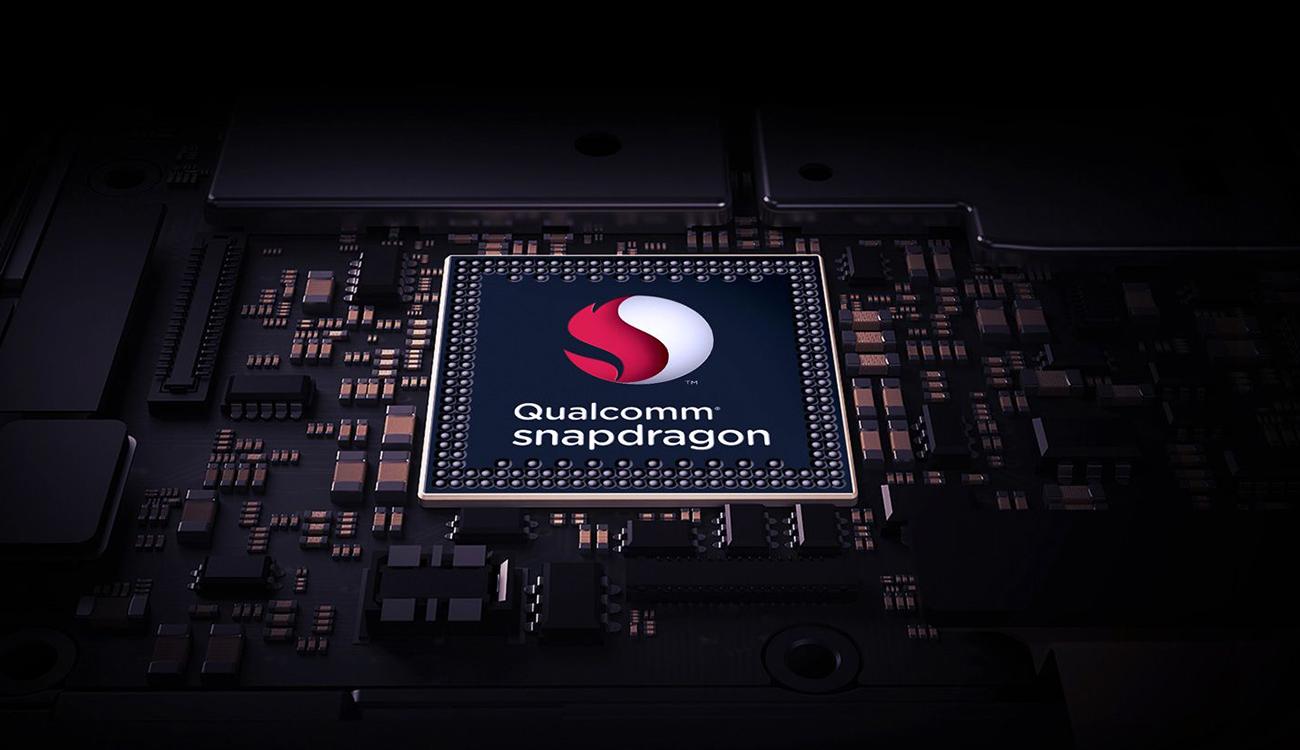 Little by little Exynos has also been improving its results in various applications through software, an aspect where it has the advantage of working directly on One UI. A combination that is serving you very useful to eliminate the differences and that no one can prefer one processor manufacturer or another.

Conclusions: being able to choose which one are we left with?

Now that we know that we are faced with two practically identical processors and where the differences are minimal, the decision is still difficult. Currently in Europe the winning option is always in the hands of Exynos since it mass-produces the chips for our market, which is the reverse with Qualcomm in the United States. 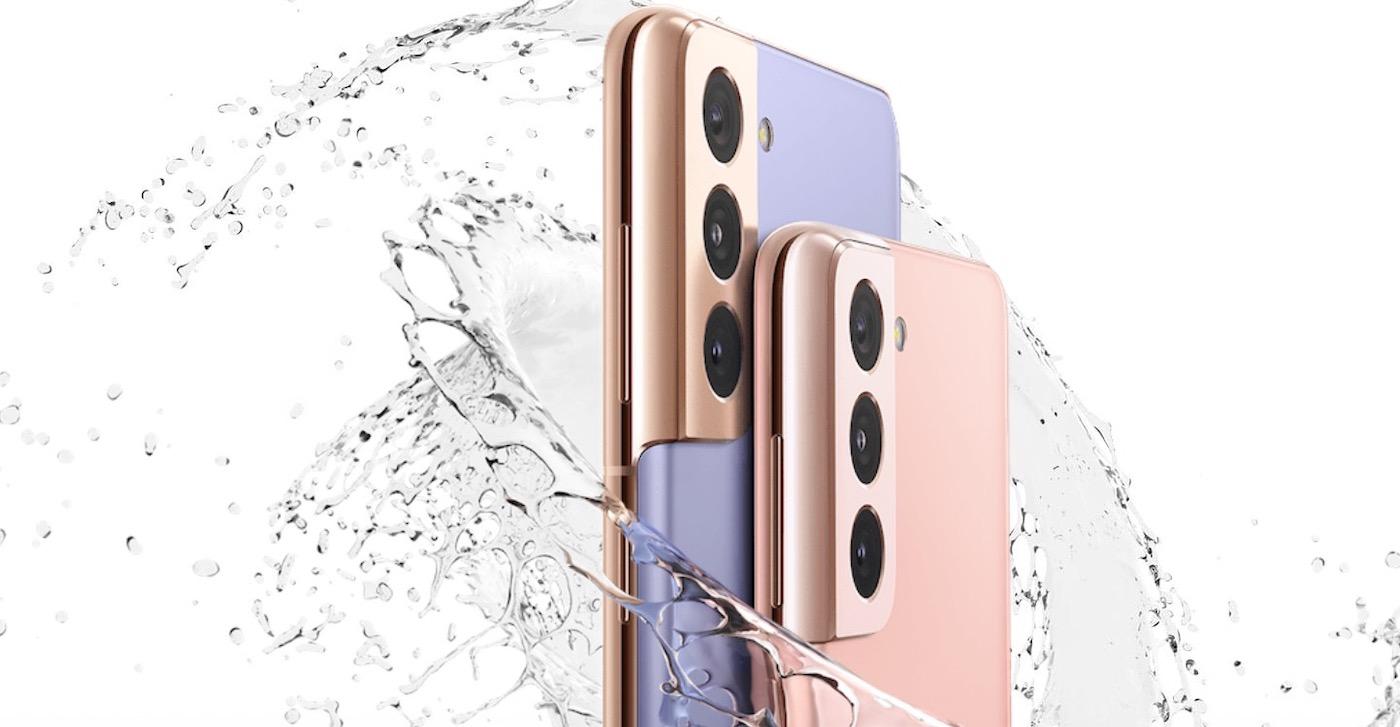 If Samsung ever offers an identical smartphone with both chips in the same market, it will be giving its arm to twist, but it does not seem that this is going to be something that will happen very soon. Even so, if we have that possibility, given the differences that we find, the best we can do is buy the cheapest smartphone, since they are really tied in possibilities.