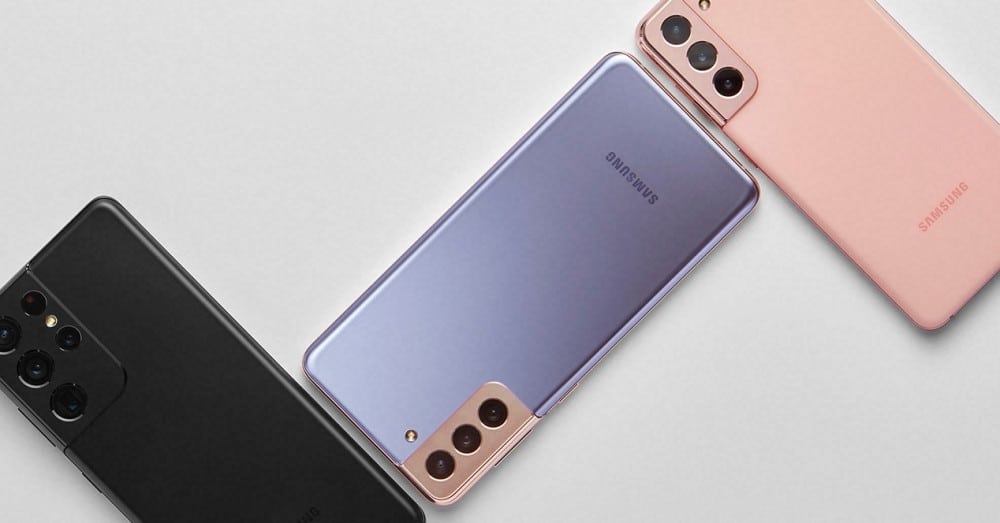 Samsung has just presented the new Galaxy S21 , terminals that arrive a little earlier than expected according to the company’s traditional calendar, but that in the same way land to offer the best mobile experience that a portable device can offer today. Very high specifications and a very original design that will give a lot to talk about.

The manufacturer repeats the formula with three models within the same family. Galaxy S21, Galaxy S21 + and Galaxy S21 Ultra are the three models that we will soon be able to find in stores, and as you might be imagining, the differences between them are centered on screen sizes and number of cameras.

The Galaxy S21 and Galaxy S21 + will share cameras, while the Galaxy S21 Ultra will be the model with maximum performance for those who seek everything in a portable device.

Admit it. Since Apple announced its iPhone 11, we have not stopped seeing numerous square-shaped packages on the back of many phones. It is a trend that has marked the market, and that has also bored many. Samsung has known how to stand out in this regard, and with the new S21 family it presents the so-called Contour Cut Camera design.

As you can see in the images, it is a curved bezel that comes from one of the terminal’s bezels and ends up covering all the cameras. It is a striking and very original solution that even seems very elegant to us, which added to the available color combinations give a rather sophisticated touch to the phone.

The colors available will depend on the version, although we must highlight the new Phantom Violet (exclusive to the Samsung online store) and the spectacular Phantom Black , both in a matte finish .

A screen to surprise

Once again, Samsung relies on one of its most prominent components, and it is none other than the screen. The new 2X Dynamic AMOLED screen will offer refresh rates of up to 120 Hz, which in the case of the Galaxy S21 Ultra can be maintained even at maximum WQHD + resolution .

As far as sizes are concerned, we can choose between 6.2 inches, 6.7 inches and 6.8 inches , and curiously the S21 and S21 + stay in a FHD + resolution, while the S21 Ultra jumps up to the WQHD +. It should also be noted that the variable refreshment of the S21 and S21 + starts from 48 Hz, while in the case of the Galaxy S21 Ultra it starts from 11 Hz, so we could say that greater energy efficiency could be achieved in this latest model .

As always, the Galaxy S range is committed to combining high-end elements to offer the maximum possible performance, and in the case of this new family the manufacturer has introduced a new processor with 5-nanometer technology that improves the performance of the CPU and GPU. by 20% and 35% respectively, also doubling the performance in Artificial Intelligence.

The full list of features for each model is as follows:

An increase in cameras

Another of the hallmarks of the Galaxy S are the cameras, and this time the changes introduced seem to focus on the video, since Samsung uses the term Pro-Grade Camera in its set of lenses. The idea proposed by the manufacturer is to have a very complete team with which to enjoy different points of view instantly thanks to the preview of all the cameras at the same time with the new Director’s View mode.

Thus, we can move from one to another knowing at all times the plane that we are going to have when changing lenses. The interesting thing is that, within the available formats, we can record in 8K format at 24 images per second (being able to capture high resolution photos from video) and at 60 images per second in the rest of the formats (including 4K in the case of the Ultra).

In the case of the Galaxy S21 Ultra, we will have a 108 megapixel sensor with which to take photos with autofocus on faces, also enjoying 12-bit RAWs. Finally, the new integrated artificial intelligence will improve the captures made to get the most out of each shot, thus facilitating the development process for users.

Finally, the famous Space Zoom mode seems to have been improved to offer better stabilization and a higher level of detail in the shots. As we had seen in previous generations, the results offered by the Space zoom were not particularly good, something that Samsung claims to have improved, especially in the 100x of the Galaxy S21 Ultra, where it combines its two optical zooms of 3 and 10x to get the best image.

The S Pen is no longer exclusive to the Note

It was something that was cried out for in the S20 Ultra. With such a large screen, the lack of a stylus was something that many users criticized, and that is exactly what Samsung wanted to solve. This new Galaxy S21 Ultra is compatible with the S Pen, and although it does not include the classic hole to store it, there will be a practical case in which to keep it stored at all times. Now you can finally annotate by hand on a Galaxy S.

A high-end that is paid. And there are no surprises when it comes to prices, meaning that we will continue to have very high and prohibitive figures. The official prices of each model will be the following:

Reservations for the new devices can be made from today, and will not arrive in stores until next January 29.