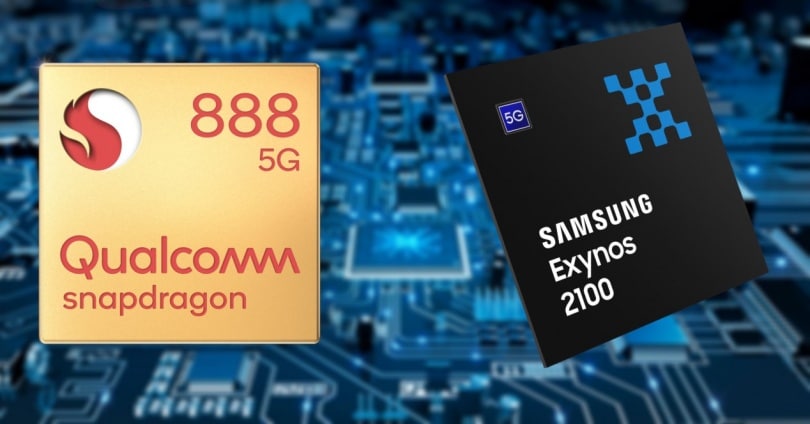 For years, Qualcomm boasts of having the most powerful Android processors thanks to its Snapdragon series. However, in the rear view mirror he is seeing how other chips, including the more powerful ones from MediaTek and Exynos, are little by little closing the gap. Now we can see a clear proof, in a performance test between the new Snapdragon 888 and the Exynos 2100.

Android processors manufactured in 5nm will be part of the most powerful Android smartphones of 2021. We have seen how Xiaomi launched its Mi 11 at the end of last year, and yesterday the new vivo X60 Pro + was presented in China with the same processor. However, Samsung has presented the Galaxy S21, whose European variant integrates the Exynos 2100, the most advanced processor of the Koreans to date and which, as we say, shortens the gap with respect to Qualcomm.

Distances are getting shorter

If we take a look at the structure of both processors, both are made up of a maximum performance ARM Cortex-X1 core that can run at up to 2.9 GHz, three high-performance Cortex-A78 cores and four low-performance Cortex-A55 cores. consumption. Samsung revealed that this represents a 30% increase in multi-core performance compared to its predecessor.

But beyond the numbers, the best way to get out of the doubt is to see both processors working at their best. In the video that you can see in these lines, you can see a stress test carried out with two Galaxy S21 Ultra, one of them integrates the Snapdragon 888 variant while the other mounts the Exynos 2100. As you can see, the version with Exynos It starts with an advantage, which is reduced by the Snapdragon 888 when the GPU tests begin, where the Qualcomm chip ends up winning handily.

The story could change soon

In this section the differences are clear, in favor of the Snapdragon 888. Let us remember that the Exynos 2100 is accompanied by a Mali-G78 MP14 GPU, while the Qualcomm processor integrates the Adreno 660 GPU, which has shown higher performance. Everything indicates that Exynos needs an extra push from the GPU to balance the scales with Snapdragon.

And this advantage could soon be shortened. Recall that Samsung has reached an agreement with AMD , to integrate a Radeon GPU, in a successor to the Exynos 2100 that could be presented this year. This means that the tables could turn and the real “surprise” between Exynos and Snapdragon could occur by the end of the year.