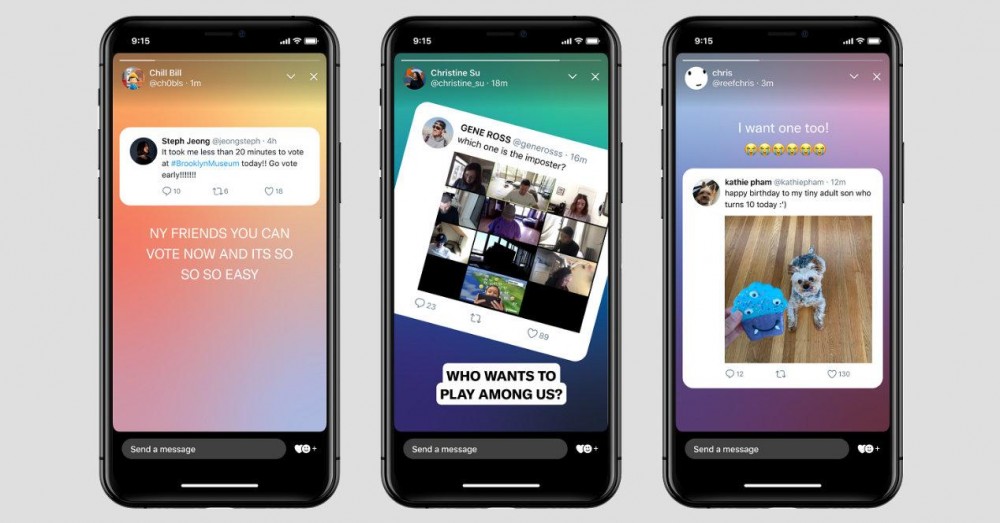 Twitter just announced that its 24-hour temporary stories are going to disappear forever. Yes, a feature that arrived not long ago will eventually disappear from the service because users don’t seem to have accepted the feature too well, as it appears to have not been used much. Did you use it? Well, say goodbye to her.

You may not recognize it immediately by its official name, but if we describe it as Twitter stories, surely now you can have a more approximate idea. The Twitter Fleets came to increase the interaction of users, who were very excited and very hooked with the famous Instagram stories. The function was so popular, that many other social networks copied the format, to such an extent that Twitter decided to include them.

Little by little the function was improving, since they included options such as the possibility of including text and animated GIFs (as in Instagram, of course), but none of that has finally served to convince users.

A function that did not work

You only had to take a look at the timeline to discover that not many of our contacts made use of the function. Moreover, the company’s own vice president of product, Ilya Brown, has confirmed that if in the first place they expected users to interact more and generate more conversation, in the end the result has not been at all as expected.

The idea, being identical to that of Instagram, obviously had to work, the problem is that Twitter users seem to be quite embedded in the way they consume and generate content on the social network, hence it did not convince altogether. If we add to that the growth speed and reach that Instagram has been reaping, cloning the function might not be the best idea.

In search of the one in the conversation

The intention of Twitter is none other than to get users to spend as much time as possible on its network. It is the premise of every social network, and in that of the little bird they were not going to be less. For that reason they bet on the trend of the moment, publications with an expiration date (24 hours) that users had to see before they disappeared. That works on Instagram, but it hasn’t worked on Twitter, so the company has shelved the matter to focus on something else.

What is the next step?

For now, Twitter has scheduled the blackout of its Fleets for next August 3. From then on, the top timeline of the official Twitter application will only show active Spaces and live audio chat rooms. Worse, not all will be lost, since the camera function will integrate the options to include text, GIFs and stickers that were born with the Fleets, so there will be some recycling.

That said, now you only have to wait until August 3 to lose sight of the balloons that appeared until now (if you had any) or, on the contrary, if you are going to miss them, you will have a little more than 2 weeks to get the most out of published stories. And then you know, you will always have Instagram, of course.