We live in strange times, especially for those users who have been forged over a slow fire for decades in which they have had to buy each one of those Super Nintendo, Mega Drive, PS2, Xbox 360, PS Vita, Nintendo DS games with a lot of effort . , Wii U and any other machine that has passed through their hands. However, times have changed and we have moved on to a model that practically gives us entertainment by weight. Is it also the case for Steam? 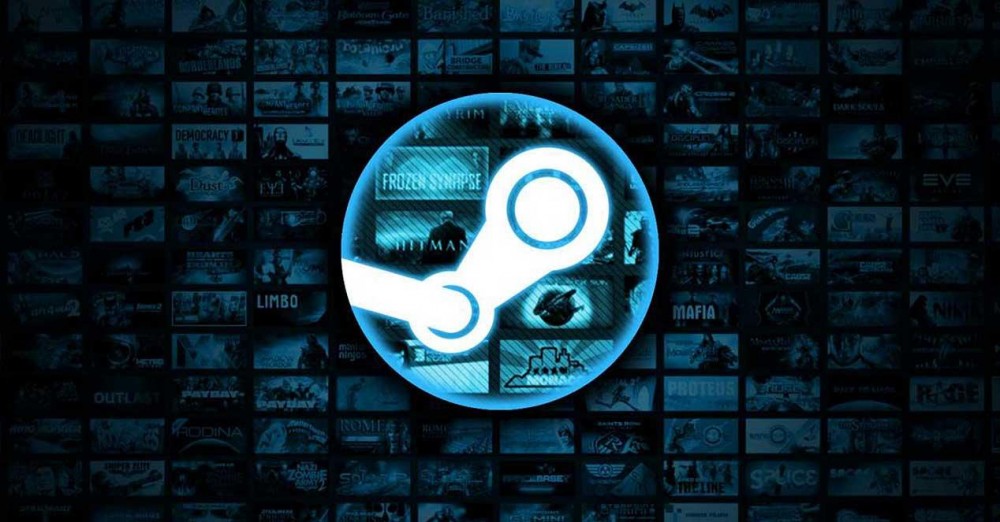 The most played titles on Steam

The fact is that applying that old logic of wanting to buy all the games and skip flat rates, we have focused on seeing how much it would cost us right now to get the ten most played titles on Steam. Those that are the most popular, those that offer the highest peaks of connections per day and that make a living making us have a good time at the controls of our computer. Do you know exactly how much you would have to loosen?

Well, doing some quick math, if you want to enjoy that Top 10 in the warmth of your house this fall, you will only have to pay 179.95 euros . Do you think too much? Well, surely the bill has increased considerably due to the presence of a classic that arrives every year around this time. The new Call of Duty Modern Warfare 2 is worth 69.99 euros by itself, which practically represents 40% of the total. The rest, the other nine releases, are either free2play or do not exceed 40 euros in price.

Those other expensive titles are, in order of ranking, New World , Rust , and Grand Theft Auto V. The rest, a total of six illustrious members of that Top 10, are free. They won’t cost us anything. We can download them whenever we want simply by clicking on the green button on the official page that they have published on Steam. 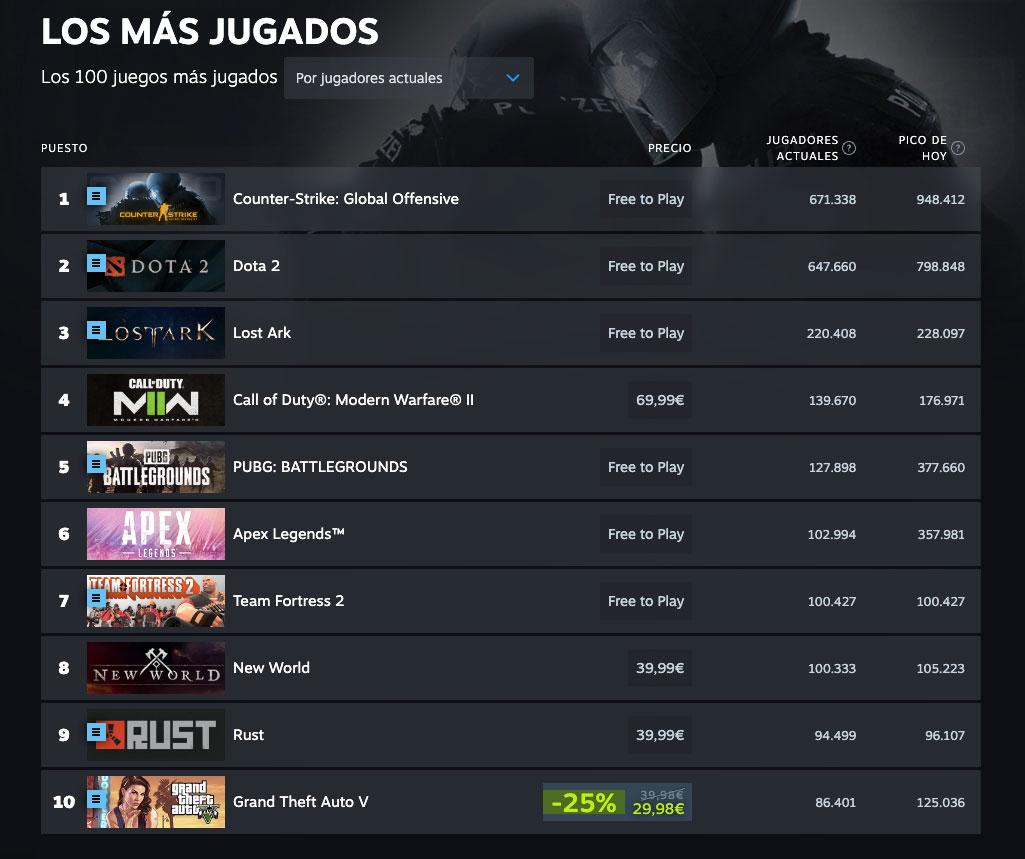 Houston, we have a problem?

Obviously not. One thing is that for us veterans who have always liked to own the games, this thing about things being free (in the beginning), to become an endless jackpot at the end, is not something that makes us particularly happy, but it has been shown that It works and developments that are conceived as services are already part of our gamer culture.

That a whole Top 10 of the most popular games does not even cost 200 euros is a symbol of the changes that we have experienced in a very short time, of new generations educated in total free with small micropayments that, added one by one, end up surpassing the retail price of any AAA release. A symptom of the times that the internet has brought us, in a way to revolutionize the industry to make it sustainable and viable and that is not willing to be defeated by the single price when it comes to competing online with friends and colleagues.

Because let’s not forget one thing: much of the free2play phenomenon on Steam within the Top 10 has a lot (or almost everything) to do with multiplayer, with that competitive aspect that eSports have brought and that transforms the old packaged and sold one-to-one games. one in stores in a simple memory of the past.

The future is free2play , despite many of us who still adore those cartridges that we still hide at home from our old console from the 70s, 80s, 90s and 2000s.