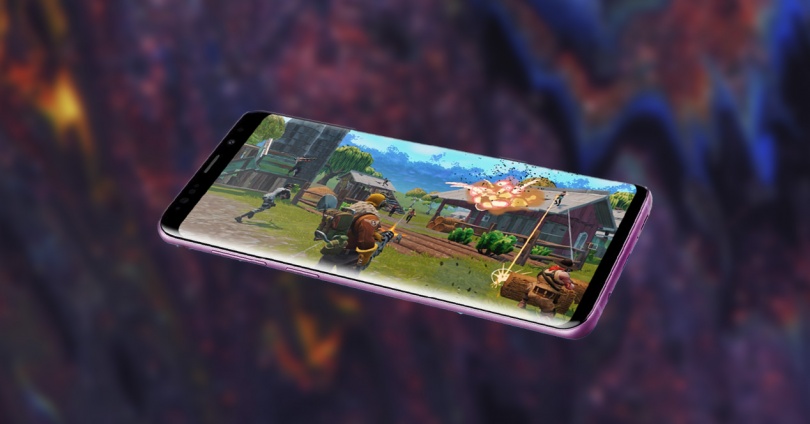 There is no doubt that one of our greatest hobbies today is on smartphones. These devices have become our main source of entertainment and not only to watch videos, series or talk, but also to be able to enjoy video games . For this reason, many people look for the best terminal to be able to play without any problem and have a great experience.

So it is clear that, if your intention is to be able to spend hours and hours enjoying the best mobile games and be speechless with their impressive graphics, you will need a mobile device that is up to the task. That is to say, that it has a spectacular response capacity , speed and remarkable image quality. Therefore, here we will explain what the GPU is, how it works and which are the most common. And we will also tell you that GPU reigns above the rest in the current smartphone market.

What is the GPU

Playing with our Android terminals has become quite common, it has grown so much in recent years that the largest number of downloads from the Google Play Store is usually of this type of content, that is, video games. So it has only been a matter of time that users pay more and more attention to the GPU that integrates the new mobile device that they are going to buy. Despite the upward trend, there are still great doubts about what it consists of or if it really helps to have a good GPU in a mobile. And the truth is that yes, since the responsibility that the games go smoothly and can be seen with high graphics will vary depending on the GPU that comes in the mobile.

Therefore, it is important to know that the GPU is the acronym for “Graphics Processing Unit”, that is, it is the graphics processing unit , so it is quite clear what exactly this element is for. In order to understand it, it must be clarified that it is basically another processor that the mobile carries and that accompanies the CPU in mobile devices. Therefore, the GPU is responsible for processing the graphics that appear on the screen of a smartphone, with the aim of making the work less heavy than the central CPU when running video games or interactive 3D applications. In addition, it helps the system keep in optimal and stable performance.

For example, in a video game that has very high graphics, the GPU will be in charge of moving these graphics and the CPU will be used to keep the game running quickly, accurately and without any problem. And it is that, if we did not have this graphics processor in our mobiles, it would be very difficult to be able to enjoy not only video games, but many other applications that exist today.

How it works on our mobile

Although it is true that the GPU is somewhat less powerful than the CPU , in recent years we have witnessed great advances in this technology that have far exceeded the clock frequency of older CPUs. But, now, we are going to dive into the operation of this GPU.

The main characteristic that we find in the graphics processor is that this element has several cores, but at quite low speeds. And it is that, basically these cores are oriented to two types of processing in our mobile devices: After these two processes have gone through, the next thing will be that we can see it through the screen of our mobile device, be it a video or a game. So as you can see, the GPU does a really important job that allows us to play in the best and most fluid way possible .

It is so important?

The processor is responsible for executing the functions on a mobile, while the GPU allows the execution of each one of them to be accelerated exponentially, especially when it comes to processing images or moving graphics. Therefore, in our devices the CPU and the GPU work together all the time the terminal is on.

The most common GPUs

The three most common manufacturers that we can find, today, are Qualcomm with its Adreno graphics, Imagination Technologies that develops the PowerVR, and ARM, which has baptized its GPUs as Mali. However, the same model could have different graphics processors depending on where the terminal is launched or where it has been developed. Without a doubt, Adreno GPUs are the most common, as the use of Qualcomm processors for smartphones is highly popular by mobile manufacturers, followed by ARM’s Mali graphics, which occupies the second position and, in third place, the PowerVR graphics processors.

The most powerful in the world

Currently, the Adreno 660 GPU integrated in the Exynos 2100 or Snapdragon 888 processor offers 35% more performance than the Adreno 650, its predecessor. In addition, if we compare it with the Mali-G78 MP14, we can see how the Exynos will offer us 28% more performance on our mobile device. Although they are not the only most powerful on the market, since the GPU of the iPhone also has a high performance. Since the new iPhone 12 come integrated with an Apple-designed quad-core GPU that achieves 30% faster graphics performance than the A12. So they would achieve a higher GPU clock than Qualcomm’s Adreno 660.