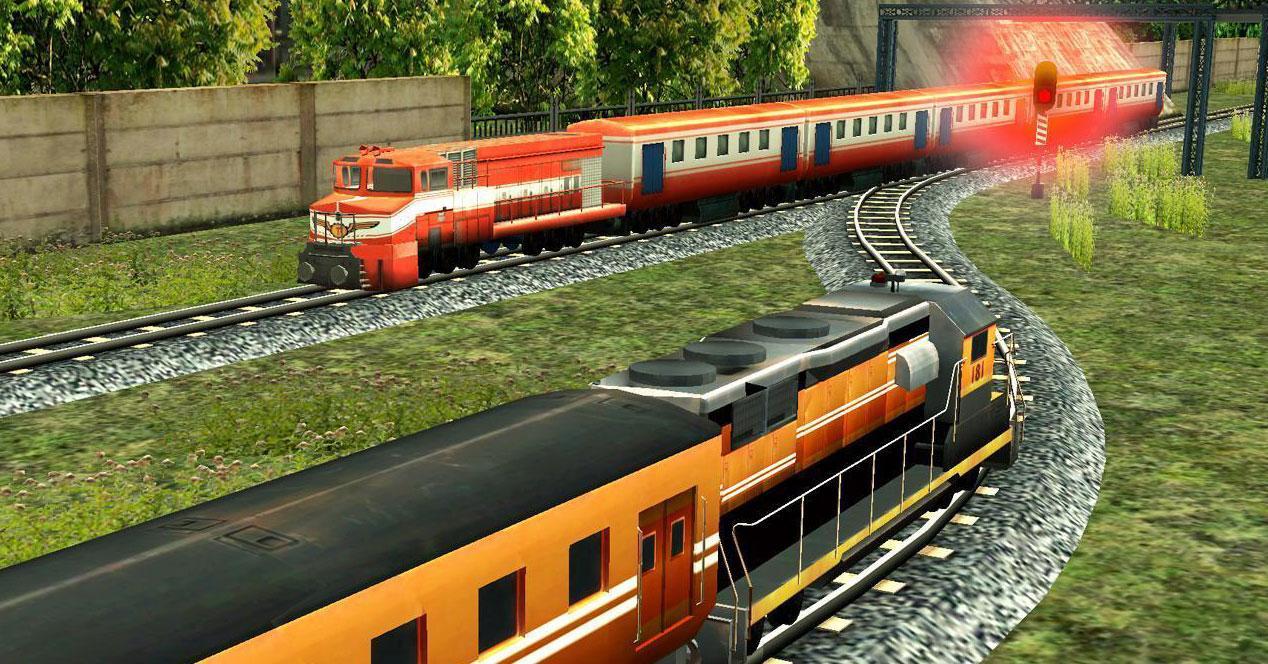 Are you passionate about trains? You can transfer this experience to your iPhone or iPad with different games that are adapted to different ages. From the smallest to the oldest in the house, they will be able to enjoy a railway experience with the different titles that can be found in the App Store. In this article we bring you the best train games we found.

There are many options that can be found in the App Store that are focused on children. In these games for trains we can see graphics that are more childish as well as a very simple gameplay to avoid overwhelming whoever is in front of the mobile or tablet. This makes them important entertainment and especially learning options, since many of these games can also offer different basic lessons that are really interesting.

Thomas and his friends

This train game has a foundation especially in racing since you will have to carry out a competition against another friendly train. You yourself will take the train called Thomas that for some reason has a life of its own to give it a much closer touch for the little ones. Although, it is always emphasized that the races that are going to be carried out are friendly, avoiding the existence of a rivalry that can become toxic.

You can find the individual mode but also the online mode to be able to compete with another player. Different special abilities are included in order to have a vendeval to get a speed booster and go much faster. In the end you will have to reach the end of the road before who you are ‘competing’ with. Interactive adventure in which you must travel the tracks with Wilson, Brewster, Koko and Jackman. Ultimately it will seem that you will be in front of a book as you tell a story seeing how it turns page by page with the different 3D scenarios. You will have to read the story, take the tests in front of you and use the skills to win the special medals.

Among the missions you can find the fact of catching the wagons that have been derailed, or going to rescue a tunnel from a mine that is about to collapse. In the end it is a story of which you are the protagonist and you must make your way as best you can.

This game is designed to be able to teach the little ones in the house who are just beginning to learn to read or write. Through different mini-games you will be able to learn the alphabet as well as simple and everyday words. The most interesting thing of all is that words from 10 different languages are included so that you can begin to raise awareness that languages are important in life for the little ones.

Although, the magic of this game is that the person who is playing it will not know that he is learning while he is playing. This is because the games that are presented are quite fun and can be distracting to anyone. That is why it is important to take it into account whenever you have a minor at home. In this game you must accompany Lou and his steam train through an incredible adventure in the Wild West. Throughout the game you will have to load and unload passengers and all kinds of merchandise at the different stations ahead of you. But obviously this is not the whole game since there are also different mini-games along the way, one of them being the fact of memorizing all the merchandise that you must collect at each of the stations.

In the train that you are directing you will go through different landscapes and settings from Arizona to Nebraska. On this path you will have a lot to explore such as gold mines, control cranes or overcome the obstacles that lie ahead to continue your journey.

If you are not a child, you surely demand games that are more realistic that are focused on simulating train driving. These are interesting options that any train fan should consider. Get into the world of subways with this incredible simulation game. You will find more than 25 different train models including real and special trains made for different events. The level of the metro driver may improve over time to unlock these new railways.

With your metro you can go through different stations around the world where some will surely be familiar to you if you have traveled a lot. Obviously throughout the route you are following you must comply with all driving regulations and take care of your passengers so that they give you many more points at the end of a route, doing this while complying with the established arrival times.

Travel across different countries you know with this train driving simulation game. Control the train, drive through different cities and try your hand at the controls of a train. The operation in the end is like the one you have in real life. Travel between the different stations and have travelers get on and off by opening and closing the doors.

In order to earn the highest possible score, it is always important to take as many passengers as possible, comply with all traffic regulations and obviously comply with the agreed times. To do this you can control different parts of the control cabin in order to adjust the speed to what is established.

Off The Rails 3D In this game you will have the pressure of a stopwatch always running against you in order to achieve your goals. That is why you should measure very well the time you spend on each of the routes you make. That is why you will have to make a whole journey with your train always getting the best possible time. This makes it an interesting option if you want to play in those dead times that you have.

While you are driving your train you will see a fuel marker appear at the top. This is consumed as you travel and is a real limiter on your way. You must learn to distribute it correctly, avoiding pressing the accelerator when you are on a downhill slope for example, and other tricks that you will discover yourself as you play. You are in front of a esplanade that has a train line and obviously you will have to travel between all the stations to pick up the passengers. The more passengers you pick up, the longer the train will be, of course. Each of the maps you face is totally different and represents a new challenge for you that you will have to memorize.

Although, the real magic of this game is that you should never collide with yourself. As we have mentioned, each of the passengers increases the number of wagons and if you choose the route more, in the end you will end up colliding with yourself . The experience you have is quite similar to the classic game ‘Snake’ where you should not eat your own snake body. This is the experience that they have now wanted to transfer to the world of trains.

What game is the most recommended?

There are many options that have been raised in the previous categories. If you want us to tell you which in our opinion is the most fun, that is the ‘Lola’s Alphabet Train’. It is the most recommended option in the case of a dedicated game for children. The fact of learning simply Playing and having a good time is always vital. You have to be honest and that is that when you are young, what you always have in your head is to be on the street or play with the video console and not pick up a book or listen to a lesson That is why this ‘camouflage’ system to learn is more interesting and the truth is that it is very standardized in the gaming world with other options such as ‘Minecraft’ that has also been adapted to the education of the little ones.

But if what you are really looking for is a mode that is much more realistic , the best option to consider is ” Subway Simulator 3.” You can perfectly control a very authentic looking train and traveling around the world doing a crowd of stops. This is to be appreciated by anyone who is fond of the world of trains, since in addition to driving, you have to be very aware of the time and pick up all the passengers at their stops. In short, it is a realistic option which is a great turnaround to everything that has been presented in the most ‘childish’ options but which is still tremendously addictive.