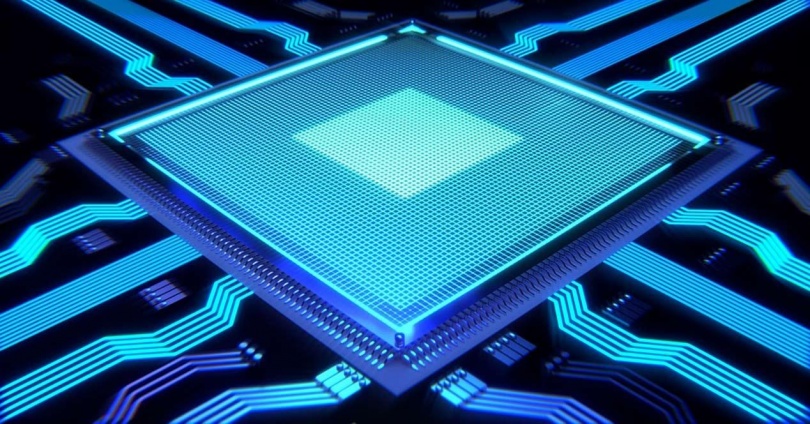 When we talk about the technical specifications of smartphones, one of the most important sections that we have to take into account is its processor . Although in its beginnings it was not something so relevant, mobile phones have been acquiring that part of the PC world in terms of the user’s concern about knowing what processor the next device that is purchased has and how far they can go with it. In this sector, there are several companies that share this cake, among them we can find some better known such as Qualcomm or Exynos, and others more unknown such as MediaTek or Kirin.

In order to find out which ones are the best, different performance tests are carried out. With them, we will be able to have a series of data in order to know the company that has the most powerful processor of the moment. Although, in most cases, the brain of our mobile is developed under the ARM architecture , used by different companies to create their processors and CPUs based on this core. So, now, it’s time to find out which companies are in charge of manufacturing them and which is the real winner in terms of performance.

One of the most famous, today, are the Snapdragon, owned by the American company Qualcomm, founded in 1985. In addition, these processors can be found in many smartphones from different companies such as Samsung, Xiaomi, etc. These chips are manufactured by TSMC (Taiwan Semiconductor Manufacturing Company), a famous Chinese company based in Taiwan that also manufactures other processors for different brands. However, this firm announced last year the construction of a factory in the United States, in which it will produce 5nm processors. But which one is the most powerful? The king in Android of 2021 is the Snapdragon 888 in the current high-end Android . Likewise, we can find it among the different terminals of Samsung, Xiaomi, LG, OnePlus, OPPO or Realme.

This company, headquartered in Hsinchu Science and Industrial Park, in the city of Hsinchu (Taiwan), is a veteran in the world of semiconductors, since it was founded in 1997. However, over the years it has been It has been pigeonholed in the mid-range, although, at the moment, it also has high-end processors such as the high-performance Dimensity 1200 that is compatible with 5G . In addition, in 2020 they were exceeded by reaching 31% of the market in the third quarter of 2020, ahead even of Qualcomm, which had 29%. And it is that, probably, one of the factors that could influence to be able to reach this data could be due to the United States’ ban on Huawei last year.

The most powerful processor to date is the Exynos 2100 , the brain of the Galaxy S21, which integrates support for the 5G connection and with which, in addition, they make the jump to 5 nanometers. However, these Exynos processors are manufactured by a division of Samsung called System LSI Business. In addition, the Korean company has different factories in countries such as China or India, but it still maintains factories in South Korea, its native country, such as the one present in the city of Hwaseong. Also, it was in 2010 when the Korean company launched its first processor, the S5PC110 for the first Galaxy S, although it was not Exynos. Therefore, it was not until the following year when Samsung launched the Galaxy SII, in which you could already see the brand’s first processor , the Exynos 4210 SoC.

The well-known processor of Huawei’s terminals is manufactured in the Chinese semiconductor company Hisilicon, a subsidiary of the company, although it is true that they are based on ARM’s designs. This brand has the Kirin 9000 of 5nm , which can offer its terminals up to 30% of extra power in its CPU, which has a Cortex A77 core at 3.13GHz with three Cortex A77 cores at 2.54GHz and Quad Core Cortex A55 at 2.05GHz. Although its future in the United States is a mystery due to government restrictions, so Huawei would use Qualcomm processors in this country.

Apple began to manufacture its own processors from the iPhone 5S, becoming the first terminal of the American brand to have 64-bit architecture on its Apple A7 chip. And as we have seen, over time the company has improved its chips more and more, greatly increasing performance speeds. In this sense, resulting in an important improvement of the iPhone 12 compared to the previous model, since the company launched its new mobile with an A14. This chip is based on a 64-bit ARM architecture, built in 5 nanometers and with a 16-core neural engine that has managed to take its CPU up to 16% faster than the one present in the previous generation. However, it is completely unknown what Apple’s bet will be for 2021 with the iPhone 13, since they will not arrive until after the summer. But what we do know is that the Californian brand continues to bet on designing its own processors and launching them on the mobile market under the “A” brand .

Since 2016, we have seen how Intel has been developing various chips for the mobile market. And is that, after four years of drought, the technology giant has shown that it has not fully performed, so it decided to return to the load with its Spreadtrum processors . And although it is clear that it cannot compete with high-end mobile processors, its intention is to fill the market with a solution that performs well with a very tight consumption.

Which processor is the most powerful?

Now it is the turn to decide which processor is the one that has established itself in the last year for its power. To date, the Apple A14 has made it clear that it offers the best performance, autonomy and optimization to its mobiles and is at the top in the ranking of processors. In addition, it has been demonstrated thanks to the famous Geekbench performance program, where it was compared to the most powerful processor in Android, the Snapdragon 888. The Qualcomm chip has scored 1,127 points in single-core tests, compared to 1,583 for its rival. Staying even in multi-core tests, as the Snapdragon has scored 3666 points with its eight-core chip, while Apple’s six-core chip has scored 3824 points . Therefore, we have a clear winner for 2021, although it is true that, as users, we will hardly notice differences when using a mobile that has Snapdragon 888 or A14 Bionic.

Although we must not forget about Exynos and its 2100 processor, since it is made up of a maximum performance ARM Cortex-X1 core that can operate at up to 2.9 GHz , three high-performance Cortex-A78 cores and four Cortex-A55 cores low comsumption. Likewise, in the single-core performance tests it obtained 1,135, while in its multicore it managed to reach 3,818 points, which place it above the Snapdragon 888.

MediaTek, focused on the mid-range

This company, despite also having high-end processors such as the Dimensity 1200, is clear that its gap is among mid-range mobiles. So its strategy has been to grow the Dimensity family as much as possible among the smartphones that are in this range. In addition, this course has given them very good results in different mobiles, such as the Realme 8 5G in which the Dimensity 700 processors have been incorporated.