There are many types of games that can be found on a daily basis to be able to distract you in the best possible way. That is why you will hardly find something that ends up convincing you when it comes to the world of games. This time we bring you a compilation with city building games that will help you relax or also to have a challenge ahead.

Citis Skylines and other similar games

This is undoubtedly one of the best city building games that you can have installed on your Mac. It has an optimal simulation system in which you will have the objective of bringing many people to the city and having them as satisfied as possible. To get them you will have endless buildings for both services and leisure. You have to be very careful especially with the first of the categories to equip your new city with police, firefighters, garbage collection service or sanitation.

But all this also entails a complex financial system to be able to have a city in the end as stable as possible in its finances. In this way you will have to manage the taxes of the inhabitants or apply certain very specific laws on them. Although the most important challenge that this game has is the road system. Building the roads in a proper way and combining it with public transport services is vital so that the roads are not saturated, something that is quite likely in your first games and also quite annoying.

This game with a very attractive and unrealistic aesthetic puts you in front of a city where the industry is one of its most fundamental pillars. It will not be enough to install a factory with which to start working, but you will have to create a real production chain by extracting the necessary resources yourself and transporting them to their respective destinations. In this way, a management system will be created to keep all the inhabitants of your small city that you must turn into a big city through an almost infinite map.

But in addition to the factories, there is also a lot of emphasis on transportation systems to take your inhabitants to the places they need, like work. It includes 50 types of vehicle that are divided into different very well defined eras starting with traditional coal and ending in the electric era.

Game that is very based on the mythical Pharaoh that if you are a fan of this type of games you will know. It is set in ancient Mesopotamia having a campaign through which they will go through different cities to have a great civilization as the final goal. You will start with a few simple houses and farm fields as they used to do until you have a great city.

The storage of resources and trade are vital to be able to advance in civilization. But they are not limited only to the construction of houses and buildings, but they are also committed to monuments. In this way you will be able to create great constructions on your map that are in the books by making your own personal history. 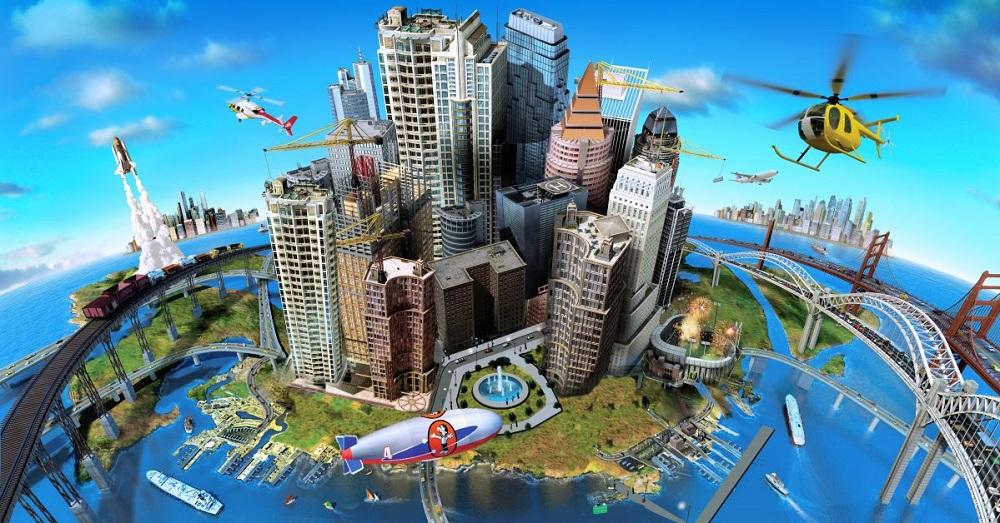 Mythical city management game quite classic with an aesthetic that is certainly not very current but with quite successful and established mechanics being a very good management simulator. You must give life to a new city by building new living for all the people you want to live in your city. But in addition to housing, factory systems and services such as hospitals or security are also included.

The road system is not too optimized as in other games on this same list but it is undoubtedly a fundamental part. You must provide all inhabitants with the adequate transport system both on roads as well as public transport. But the most important thing is that you can manage both taxes and the general policy you want to follow.

It’s time to take control of the Red Planet, Mars, and start building different colonies where your colonizers can reside. It is a really complicated game for all the implications it has to be on a planet that is not Earth. You will have to be very careful when managing supplies as well as oxygen since with a simple failure you can end up without a new civilization on Mars.

The design of this game is undoubtedly one of its great logos as well as aesthetics. It includes a myriad of constructions and a very marked line of progression. Obviously the houses as well as all the industrial activity have to adapt to this new planet and if you love science fiction this is the game you have to have installed on your Mac.

With a theme very similar to Surviving Mars we also have Planetbase. You lead a series of space colonists who aim to establish a settlement on a remote planet. Upon arrival you must get them to produce energy, extract water and minerals to build new buildings to advance the entire colony.

The ultimate goal is to have a self-sufficient base with the help of different machines and robots that will help you. Although everything can happen on the planet that will try to ruin your base, something that you should know how to answer in the best possible way.

Take on a real challenge with this game of considerably high difficulty. Frostpunk puts you in charge of the last city in the world with few surviving people in a totally freezing environment. Your goal is to make the right decisions so that all these people who are under your responsibility end up surviving, building around a central building that is your base.

One of the biggest complexities you will come across without a doubt is temperature. Being in an environment surrounded by ice, it is important to have the necessary fuel so that the inhabitants do not end up freezing without neglecting the resources. You will start with a small base to which you will have to provide different services with the aim that they do not get sick and continue to reproduce to reach the end to have a fully recovered civilization.

You are in the year 2092 at the head of a city set in the world of Cyberpunk. This means that all the constructions that you can make are quite attractive if you love the future and especially the Cyberpunk style. In the end, he is a city builder as such, but he differs in aesthetics, breaking the fact that we always have constructions in our hands that are quite similar to reality. That is why you will have to build houses and different different services as well as public transport.

In addition, in Skid Cities you can enjoy the creation of different corporations that aim to make your city attractive abroad. But not everything remains in corporations that can be ‘good’ but also includes a mechanics of criminal gangs. This is interesting since you will not have robberies due to random events but you can also opt for advanced criminal gangs that pose a real challenge, which is undoubtedly the true magic of this video game for Mac.

Go back to the time of the first humans on earth with this video game. You will be in charge of a settlement with several people that you must guide through the different eras but always surviving. To do this you must hunt, collect and make tools as well as research new technologies. You will start with a group of humans but you can build your own city with the necessary defenses.

The most complicated thing in this case is the food that you can store. While fish is most abundant in spring, summer will be abundant with berries and fruit. The problem will be when winter arrives where you will not be able to cultivate so you must have those reserves as well as warm clothes so as not to die of cold.