Considering the powerful tools that mobile phones have become today, features like Samsung DeX make all the sense in the world. Being able to turn your phone into a desktop computer with a simple monitor completely changes the user experience, so there are other manufacturers who have also been interested in offering something similar. And this time it is Xiaomi who has let see his proposal. 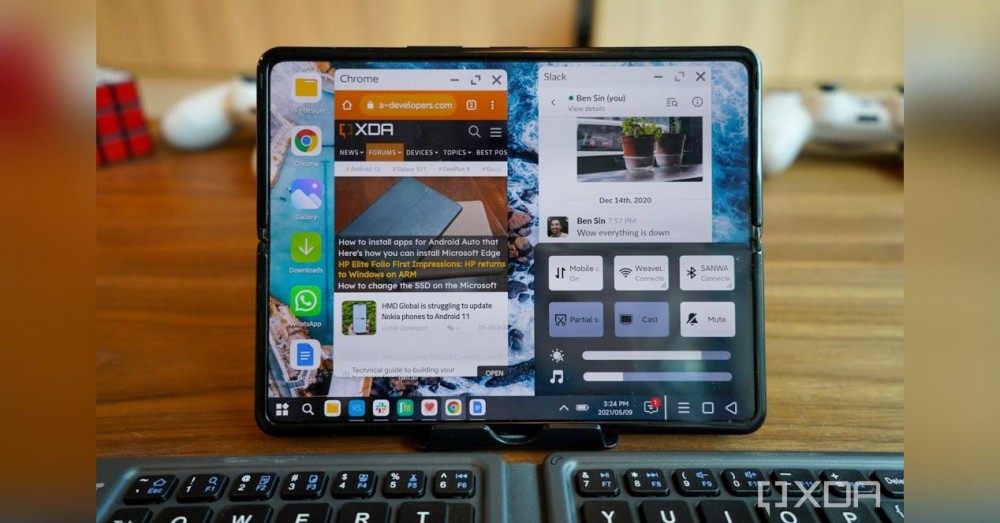 Xiaomi launched its folding phone, the Mi MIX Fold , at the end of last year , and it has not been until now that the manufacturer has decided to launch a software update with a very important change. This change is neither more nor less than the introduction of PC mode, a function that completely transforms this hybrid between phone and tablet and allows it to offer a desktop system without the need for an external screen.

The new function has been tested in XDA-Developers , and as you can see, it is really fast and effective. With the phone fully unfolded, the user only needs to perform a three-finger gesture on the screen to start the mode. On an aesthetic level, the interface looks very similar to a Windows desktop , since it has icons on the desktop, the start bar, and the open application bar, being able to have a total of 4 applications open at the same time.

It’s Android even if it doesn’t seem like it

In the lower right corner, the Home, menu and back buttons will continue to be present, and, although it is hard to believe, the interface is nothing more than a custom Android layer. The applications run in windowed mode, so we can accumulate several to have more than one running at the same time. Of course, not all applications allow full screen adjustment, so the vast majority will have to be kept reduced in the size of a window. This problem is usually the general trend in this type of interface modifications, so in many cases it will depend on the application itself for correct operation.

The start menu has a list of applications arranged in alphabetical order, and the start bar shows the running applications, as well as a drop-down menu for shortcuts to functions, the clock with the calendar and notifications.

Can it be installed?

At the moment Xiaomi is sending an update to all owners of a Mi MIX Fold, so the mode is not available for other terminals. We do not know if the manufacturer will dare to deploy it on other devices, but the truth is that if there is a team in which this PC mode makes special sense, it is in the Mi MIX Fold, since its large inches allow to take full advantage of the peculiarities of this very interesting interface.

Anyway, we are sure that the installation package will leak through the networks, so if you are interested in keeping an eye on it, it is most likely that you can do it at your own risk from one moment to the next.