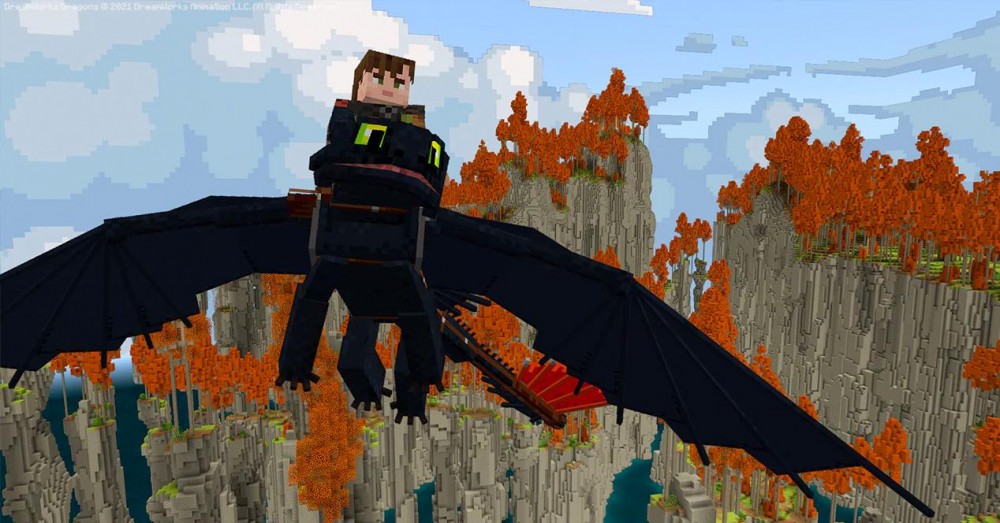 The world of Minecraft continues to expand infinitely, and to achieve this, it has a large number of DLC’s and expansions with which players can expand the gameplay possibilities. Today, Minecraft has announced two new DLC that will attract the attention of fans, especially those who love the fantasy world of dragons.

How to train your dragon in Minecraft

Pack your belongings and head to Berk Island, a place where you will become a dragon trainer. Find and tame these creatures to fly over the Berk grounds and discover new adventures. In this new expansion you will be able to complete a large number of missions and adventures, being able to join Stoick the Vast, Astrid and Snotlout and a large number of Vikings that will bring all the mapping to life.

But the most striking thing will obviously come with the dragons, especially with Toothless (or Toothless ), since Microsoft has reached an agreement with Dreamworks so that the famous dragon from the movie How to train your dragon is available in the world of Minecraft , as well as the main character, Hiccup, who will accompany you in the different missions available.

Tame these incredible beasts and set enemy ships and buildings on fire, and take advantage of the new character creator that comes completely free to accompany the launch of the DLC. It is available right now, so you just have to visit the store to acquire this new DLC.

Dive into the deep sea

And from fire we go to water, since Minecraft Dungeons has also received a DLC with which to enjoy some adventures in the deep sea with Hidden Depths. At the bottom of the ocean a rebellion has broken out that has reached the darkest depths, so you will have to dive in and put order.

The DLC will include new enchantments, locations and great levels, also introducing the Raid Captains , some new enemies that will make things very difficult, but that will serve to obtain new rewards and hidden treasures.

The Hidden Depths DLC will be available from May 26, so it will not be until then when we can download this new expansion in Minecraft Dungeons.

How much do these DLC cost?

As is usually normal, these DLC will have an additional price for which we will have to pay to download them. In the case of Hidden Depths , it will be priced at 5.99 euros , with a slight discount if we have an Xbox Game Pass Ultimate subscription. It should also be remembered that the Minecraft Dungeons Season Pass includes all the DLC, and is priced at 19.99 euros.