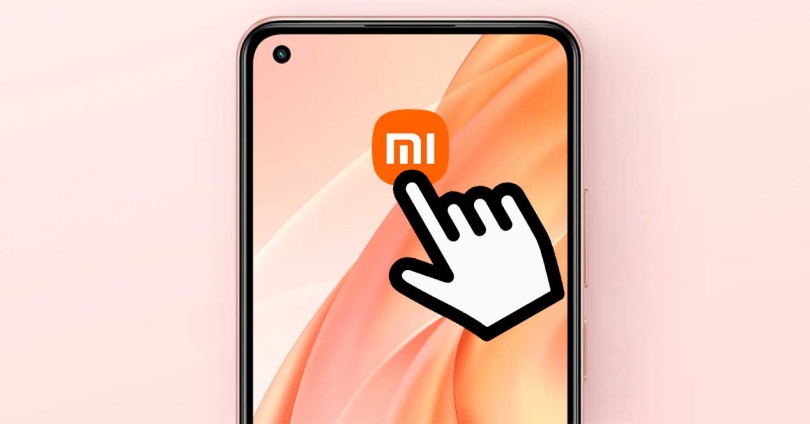 Our mobile phones have become true pocket PCs, and with them we can do almost anything. How we do it comfortably depends a lot on the facilities that the telephone gives us to be able to move through its menus. And in the case of your Xiaomi mobile you can access many navigation gestures.

The latest versions of the Android operating system have greatly facilitated navigation in the operating system of our phone, but then the different manufacturers have contributed their bit to facilitate the work on their phones, thanks to the layers of software. In the case of MIUI we have many gestures to be able to quickly navigate the phone.

Why use navigation gestures?

This is the first question that we must ask ourselves, if we have correctly configured and activated the navigation gestures on our mobile, otherwise it will be impossible for us to enjoy this simple way of moving around the phone. Navigation gestures came to Android phones after screens grew to the front end, leaving virtually no room for the physical buttons that were often found on phones from many manufacturers. These navigation gestures therefore came to replace the traditional Android navigation method, which consisted of three buttons:

Well, the navigation gestures offer the same functions, all of them, but with the only need to slide your fingers on the screen, without touching buttons , which by the way, no longer exist on Xiaomi phones, at least the physical. And it is that by default our Android mobile comes from the factory with the traditional navigation buttons. And what we must do therefore is activate the touch gestures on the phone, to be able to move quickly through its menus.

Do you have gestures activated on your Xiaomi?

That is the first question you should ask yourself, if you have the traditional Android buttons, even if they are tactile at the bottom of the screen, it is that obviously you do not have these gestures activated . Well you can do it in a simple way as you will be able to see now: And that is where you will have to learn to use the phone screen without the need for buttons , only with gestures. In this way, everything you could do with the virtual buttons of Android, you can do it directly with the edges of the phone screen, from them your Xiaomi will identify everything you want to do to move around the terminal. These are the navigation gestures

The navigation gestures of the phone are easy to learn, in fact MIUI itself teaches us and offers us some practice exercises to learn how we can move through the different menus. And is that once we select the new full-screen navigation mode, which must be recognized that it has a somewhat descriptive name, we will be able to see all the available gestures at the bottom.

These will be to go to the home screen, open the recent ones, go back, activate the action of the application or switch to the previous application. So with this gesture navigation we will be able to access even more functions than we had at our fingertips when we used the traditional Android buttons.

This gesture is one of the ones that we are going to use the most on our Xiaomi phone. And it is that with it we will be able to exit from any app to the home screen to in turn go to any other area of the phone. This gesture is performed as follows: This movement therefore replaces the old “Home” button that was located in the center of the three virtual ones that Android phones traditionally had, whether they were virtual or physical. At this point you will be able to move through the different apps by sliding the screen, as you did traditionally on your previous mobiles with navigation with traditional buttons.

This is another one that we will use more, and that as you can imagine replaces the back or back button of traditional mobiles. This gesture is used to move to the previous screen in any app, be it the web browser, an app, a game or any other, the way to do it is very simple: It will not be necessary to reach the center of the screen for the return order to be carried out, with a slight movement your Xiaomi mobile will already know that you want to return in the app that you currently have open. Within this same gesture we have another very similar one, which is to ” activate the action of the application ” that allows us to open a contextual menu of the app. To do this, you just have to do the following:

In this way, when we do this gesture, a contextual menu will appear on the side of the app, one of those where we can access the settings or other sections of these applications.

Gesture to switch to previous application

This gesture on Xiaomi mobiles that had capacitive navigation buttons could be done by sliding your finger through all three from right to left and vice versa. In this case, it is a gesture that allows us to move between the different apps open on the phone, changing from one to another in order of use. The way to do it is similar to multitasking, although with some specific difference:

In this way, the different apps that we have open will appear, jumping from one to another.

This is one of the latest MIUI functions, which has added a new control center from which we can control almost everything on our mobile just by displaying a small menu at the top of the screen. The operation is very simple.