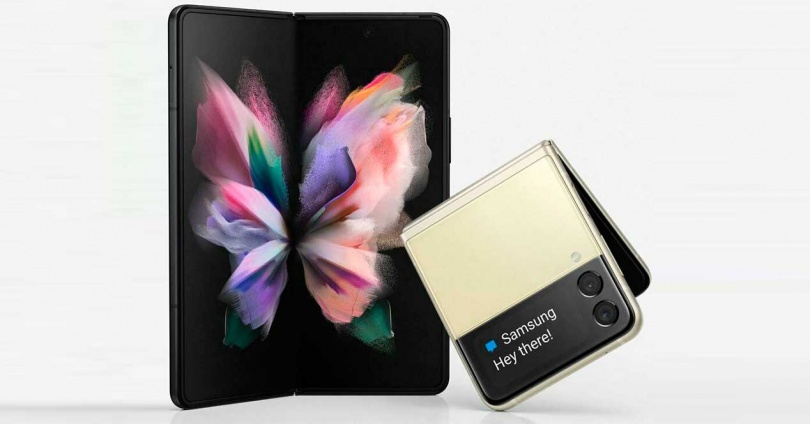 It is expected that this summer, like all, Samsung will launch new phones for the high range, but this year will be very different from the previous ones, since we will not be able to see a new generation of the Galaxy Note, which will give way to brand new folding mobiles. They will be the Samsung Galaxy Z Fold 3 and Z Flip 2 , and now we know more details about their screens.

These phones, as usual, will have two screens, as we saw in the previous generation. Now the details about the size of their respective screens have been leaked, when there are weeks for us to know them.

The vast majority of folding mobiles, regardless of the format, have two screens, one of them is the main and folding one, and the other is usually secondary and is placed on the outside of the phone. On this occasion, the sizes of both screens have been filtered for the two new folding mobiles of the Korean firm. Specifically, it is pointed out that the Samsung Galaxy Z Fold 3 has a 7.55-inch interior folding screen , while the external screen will have a size of 6.23 inches . In the case of the firm’s shell-type mobile, the Samsung Galaxy Z Flip 2, the main screen inside the terminal would be 6.7 inches , while the external one, as expected, is quite small, only 1.9 inches , but it is normal since it is a support screen in which notifications and other basic information will be displayed.

If we compare these sizes with those of last year’s models, we see that they are quite similar to each other. The Z Fold 2 had a 7.6-inch internal screen, so the new model would have it slightly smaller, and an external 6.3-inch screen, which in this second generation would be identical. In the case of the Samsung Galaxy Z Flip 2 we would have the same 6.7-inch folding screen, but the great novelty would be the external screen, since this would be much larger , since in the original model it was only 1.1 inches, so in this new generation it will be almost twice as large. Therefore it seems that there will be more news especially in the Flip , which will enjoy an external screen more in line with what users expect. Recall that its competitor, the Motorola Razr, had a much larger screen from which to even take selfies. It is expected that both the Samsung Galaxy Z Fold 3 and the Samsung Galaxy Z Flip 2 will be presented during the month of August.