If you are a lover of strategy games and also of tanks that develop in a short space of time, World of Tank must be installed on your iPhone or iPad. This is a very fast and totally free game that will allow you to explore between different types of tanks and face people from all over the world. We tell you more below.

As soon as you start the game you will access a small tutorial so that you can master all the controls. The truth is that they are extremely simple and in the end your judgment and ability to strategy will be very important to know where to move in a more optimal way.

It is important to hold the iPad or iPhone with your thumbs at the bottom of the screen horizontally. With the right finger at all times you will have control of the camera and therefore of the shooting point. On the left side you will find a joystick to control the tank. When finding an enemy, you simply have to aim and shoot with the triggers that you will find above the controls. In case you have a very distant target, the game offers a sniper mode represented with binoculars to expand your vision. There is also access to ammunition that can be used to load the tank barrel, which can be different depending on the situation, and to different objects such as a fire extinguisher in the event of an accident and fire in the tank. 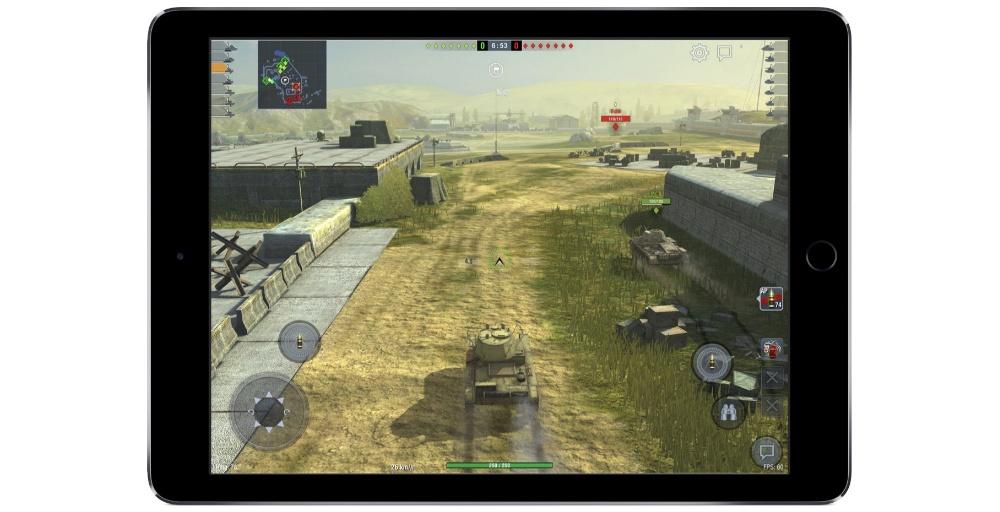 Obviously, as in real life, when shooting you will have to wait a few seconds to reload and launch a new shot. This cadence can be reduced with different improvements as discussed below. As we have previously commented, the strategy must be very present within the games and that is why shooting some tanks from the front can be somewhat useless due to their armor. You always have to look for the weak point and shoot here in order to destroy them quickly.

Choice and customization of tanks

There are several nations that are within this game. It is important to keep in mind which one to choose, as the tanks will vary quite a bit. Each of the nations stand out for having very specific characteristics in their tanks. For example, Germany stands out for its range of vision and the USSR offers tanks with very accurate guns. In the end you can opt for any type of nation to make the selection you see appropriate but it is important to take into account all the pros and cons. Specifically, the nations that we find within the game are the following:

Once you are in the workshop, you can choose the tank that best suits your personal circumstances at the bottom. Obviously there are a limited number of spaces that are unlocked as you play and earn keys. The goal in the end is to get a tank and improve it thanks to the experience you gain with each of the battles you fight in the game. 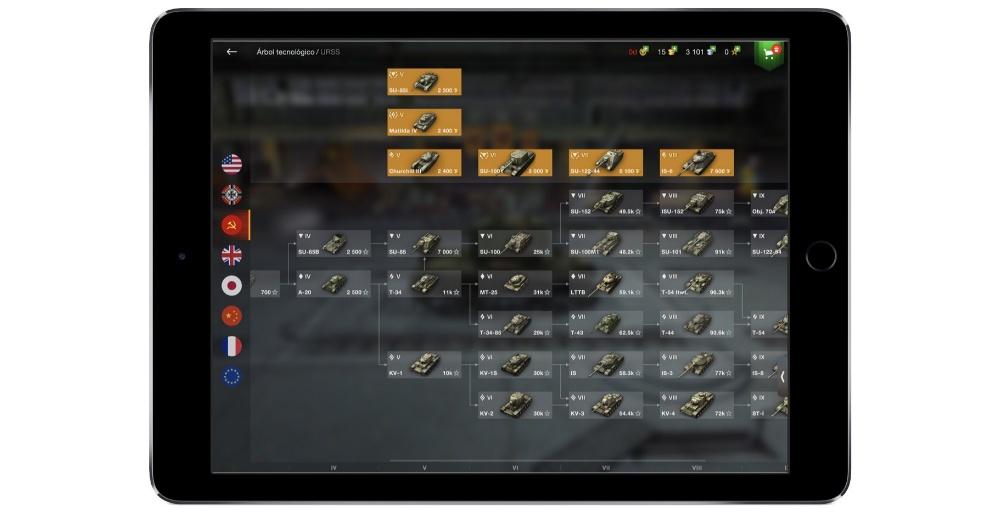 The technology tree of this game is incredibly complete, since you can improve from the firing cannon itself, to the way of moving around the map, the armor and even the engine. As you make improvements you can level up your tank accessing better features. At first this is a free to play game, and the vast majority of the levels that can be obtained from the tank can be purchased with the points that are obtained by playing. But this does not mean that there are some improvements that are reserved for the cash payment that is obtained through microtransactions. This is something we are already used to.

At all times you can see the technical characteristics of the tank you are customizing on the side and see how it evolves. You have access to a very reduced view or to a much larger one with precise numbers of the damage that each hit computes, the off-road capacity, the power of the engine, among many other data.

The games in this game take place online alongside people who are real and are not smart machines. In addition to the front, the enemies are also physical persons who are with similar equipment controlling their tank. This makes it much more fun and complicates the player experience. The pairing is really fast since all the people who play from a mobile, iPad and even through the web version of this game are merged. This is why at any time you can alternate between devices and play anywhere, since all the information will be stored in your account, which was created at the beginning. It supports access via Apple ID so login is made much easier on all computers in the ecosystem. 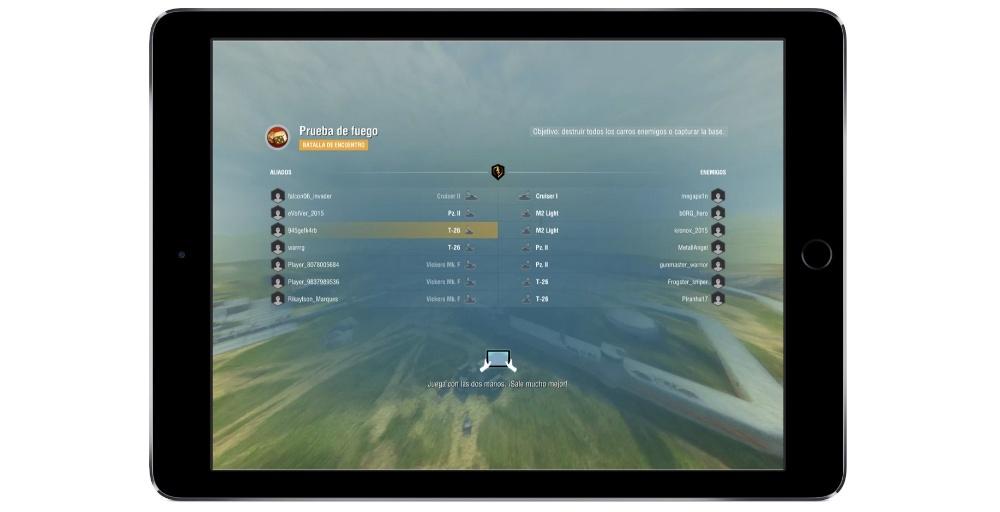 Obviously the level of the games will be adjusted so that in no case does it touch you with someone who takes out several dozen levels. The matching system will search for people who are of the same level so that you can have the most satisfactory experience possible.

The main objective of the games that are developed in the game is based on destroying all the enemies or taking the base in a specific time. The first event that occurs will lead to

Creation of platoons and clans

If you have a group of friends who are also lovers of this type of tank and strategy games, you can create a clan with them. Thanks to this clan or platoon you will be able to play alongside people you know and coordinate properly to win the games. This is certainly interesting since despite being short games it is important to have good communication, which can be done through voice, to know the most attractive objective to destroy it. 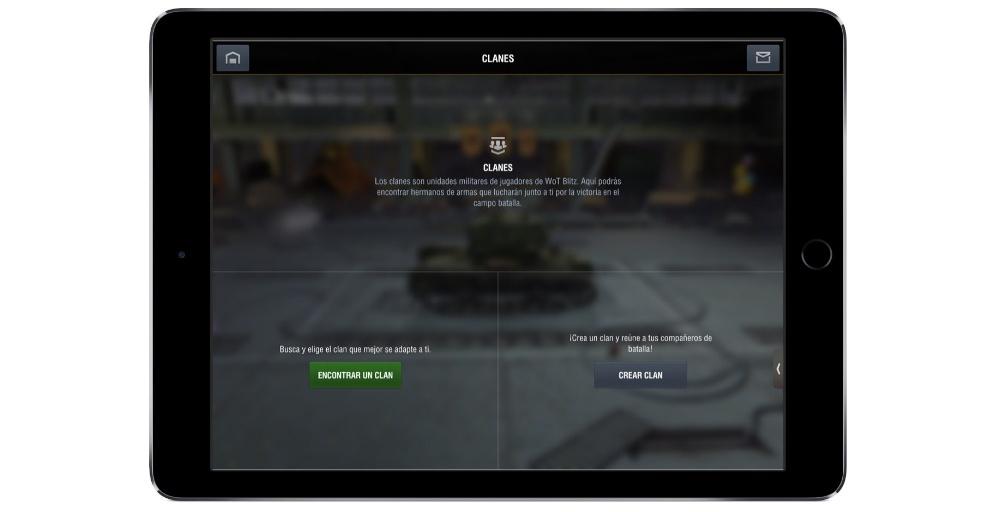 Also if you dare you can participate in different tournaments that are organized within the application to win interesting prizes as well as the satisfaction of being in the national or world ranking within World of Tanks.

As we have previously commented, World Of Tanks is a game that is totally free but that includes microtransactions to be able to advance in a faster way. This is totally optional, since with the points that are obtained you can make all the improvements and all the planned advances.

Furthermore, it is not limited only to the iPhone or iPad, but includes the possibility of playing in a web browser or through the app in the Mac App Store. Obviously, on an iPhone with a small screen it can be a little more uncomfortable to play, with the most optimal being playing on iPad or on a Mac / PC.