For decades, the Windows operating system , throughout its different versions, has accompanied hundreds of millions of users on their computers. In all that time there are many applications and functions that have settled in the system that are still in operation today.

In fact, some of these elements have become a fundamental part of Windows and if we think about it, they have been there for a long time. With this we speak both of certain integrated programs, and of functionalities that make the operating system work better. At least they make it more accessible to the user, and improve the user experience. This is the case, for example, of the popular File Explorer or the Control Panel. And the same could be said of the element in which we want to focus on these same lines. Specifically, we refer to the Windows Calculator. This is an application that is part of the system itself, which despite its simplicity, is used a lot on a daily basis on the PC. So much so that now it has been ported so that Linux users can also use it on their computers. It is concrete this has been carried out by the one known as Uno Platform .

They manage to migrate the Windows Calculator to Ubuntu

For those of you who don’t know it, this is an open source platform that makes code based on WinUI and Universal Windows Platform run on other operating systems. Among these we can highlight iOS, macOS , Linux or Android , among others. Therefore, what they have recently achieved is to port the Windows Calculator application that we are talking about, to the Linux distribution, Ubuntu. Of course, at the same time they have adapted the name of the application to be called Uno Calculator. 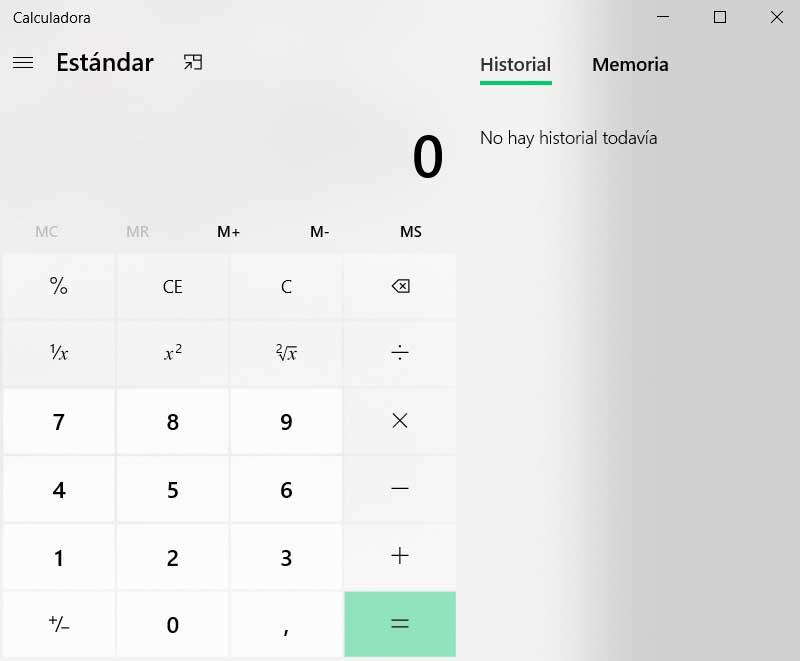 In this way, the aforementioned development platform has just taken the Windows application that we use so much every day to other platforms. It is important to know at this point that the Windows Calculator was ported with the help of the Canonical team. In this way from now on it is already available in the Snap Store as a preview version for the x64 architecture. Saying that the fact that the Windows Calculator was open source since last year made the portability process much easier.

The Windows Calculator is now available on the Linux Store

In fact, Uno Platform ported the calculator to other systems such as Android, iOS or macOS just a few months after it landed on GitHub . As a curiosity, we will tell you that Microsoft initially developed the Calculator application in 1985. Also since then it has come to our hands pre-installed in all versions of the Windows operating system, hence its enormous popularity.

But as of now, in addition to the Redmond system, this application is on Ubuntu , Fedora, Debian , Linux Mint, CentOS , and other Linux distributions. And we must bear in mind that Uno Platform obtained support for Linux at the beginning of this year, after which it began to work on bringing the Windows Calculator application to other systems. This was achieved, as they reported, by compiling the old C ++ code from the ’90s and adding .NET 5 components.