We keep more and more information on our computers. These data can be of all kinds, from curious files, but without value, to personal data, such as photos that are part of our life, or work documents, which have great value. We hardly ever worry about data while it’s there, yet what happens when something goes wrong and, whether it’s due to a virus, operating system failure, or a hard drive problem, the data is lost? To avoid catastrophe, you need powerful backup software. And one of the most interesting today is Rescuezilla.

Rescuezilla is a “fork” of Redo Backup and Recovery, a tool that was abandoned 7 years ago. This tool is, broadly speaking, a Linux distribution, based on Ubuntu, created to simplify the task of making backups as much as possible. This tool is designed, above all, to allow us to create images of our hard drives. For many, it is the “easy alternative” to Clonezilla or SysRescueCD, two very complete tools but, at the same time, very complicated to configure and use. This system can be run on both normal computers and Mac. We can create a live USB, or burn it to a CD, and start our PC to start using it. The entire copy and restore process is guided through a very simple interface, similar to that of other programs such as Acronis True Image or Macrium Reflect.

A few hours ago, its developers have released a new version of this tool, Rescuezilla 2.0 , which brings important changes and improvements with which it aspires to become the best software for making backup copies. 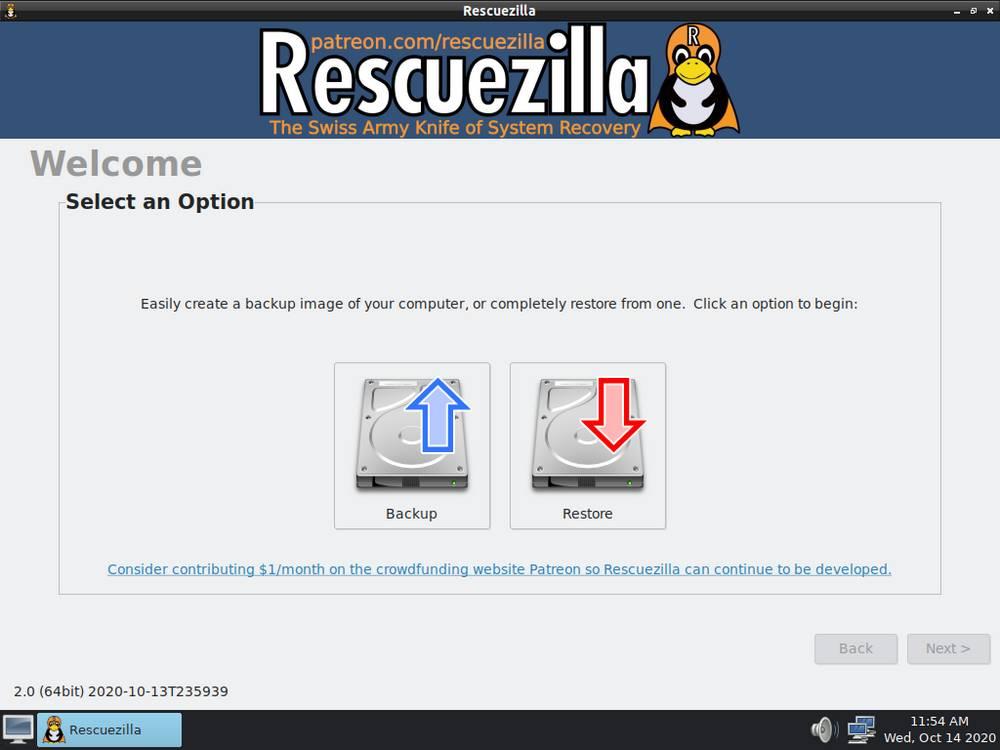 One of the main novelties of this new version is that, finally, it has become 100% compatible with Clonezilla . This means that the backups that we create with this program can be restored using Clonezilla, and vice versa. In this way we will have more freedom to use the type of software we want. Of course, it must be taken into account that the new copies made with Rescuezilla 2.0 will not be compatible with previous versions of this same software.

The interface of this program has been completely rewritten in Python 3 , which improves its functionality and performance. New, clearer confirmation windows have also been added to allow us to confirm the changes we are trying to make.

Now, Rescuezilla has added the ability to restore individual partitions instead of entire disks, even without overwriting the partition table. Support has also been added for RAID drives, SD memory cards, and even Linux LVM logical volumes.

Finally, remember that Rescuezilla is now open to translators. Anyone interested can help translate the program into other languages.

Rescuezilla is a totally free and open source Linux distro. Any user who is interested in using it can download it without paying anything from this link . What we will download will be an ISO image, which we must record to a USB using a program, such as BalenaEtcher, in order to use it. Once we have our bootable USB, we can start the system from it to start using this distro.

At the moment, the 32-bit version has been disabled for a number of last minute problems. However, its developers assure that this version will be available again with the next releases.