As many of you may already know, Microsoft has been sending out a series of cumulative updates every month for several years to cover the latest bugs in Windows 10. On the other hand, about every six months it also sends a larger feature update to compatible devices. Well, at the moment we are on the verge of the arrival of one of these. Specifically, we refer to what is known as Windows 10 October 2020 Update .

As you can imagine, this is an update to the world’s most used operating system, which is packed with new features. Well, this will not be less in the new version codenamed 20H2 . It is expected, or rather it is known, that it will not be as great as the immediately previous one, the May 2020 Update , but we will find some new things here anyway. Of course, although a good number of users have been waiting for a long time for the arrival of this feature update, there are some who fear it. The main reason for all this is because of the risks, in general terms, that some of these updates have on certain computers. This is something that we have been talking about for years, we refer to the problems that many users all over the world encounter when updating their PCs.

In fact, this has become one of the firm’s great handicaps when it comes to Windows 10. And it is that both the aforementioned updates, as well as the Windows Update function, are a real headache for the Redmond firm . With everything and with this, the best thing to do in most cases is to update Windows to the most recent version as soon as possible. Therefore, his thing is that we install the October 2020 Update when Microsoft offers it through Windows Update.

That is why below we are going to show you some guidelines to follow in order to prepare your equipment before receiving the new version of the system.

Keep Windows 10 up to date

The first thing we must know and it is something that is extended to almost all situations, is that we must keep the system updated. That is why before receiving the new October 2020 Update , it is advisable to install all the previous patches sent by Redmond . This refers to both Windows security and maintenance patches. To achieve this, we go to the Configuration / Update and security / Windows Update section. 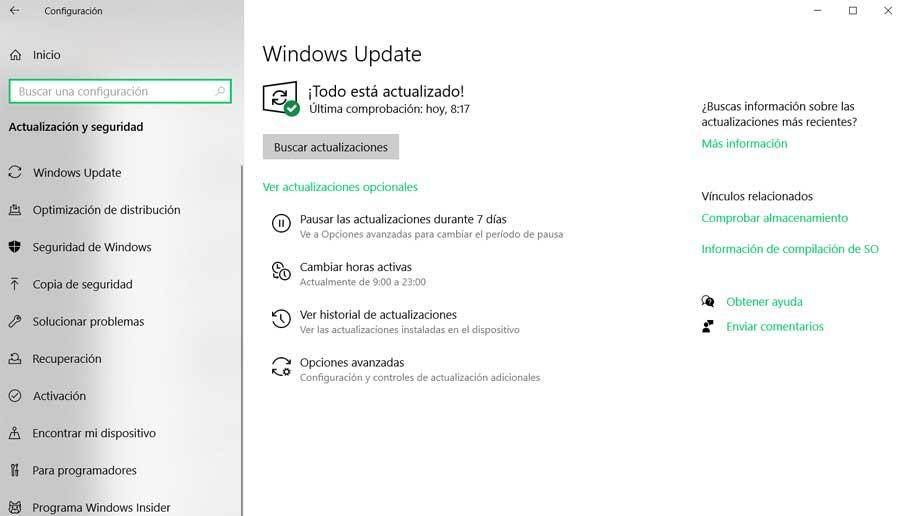 On the other hand, as with the operating system itself, we recommend doing something similar with the applications installed on it. Therefore, the best we can do is also update all the programs that we have installed on the computer before updating.

The main reason for this is that Windows can detect that we have some software that is obsolete, which could cause us some problems on the PC .

As most of you already know, Windows 10 now comes with its own built-in security solution. In addition, it does not stop growing and improving with the passage of time. However, antivirus software is sometimes the focus or cause of certain problems. Well, this is something that is extended to updates to the operating system. Initially, if we use Windows Defender, these possible problems are greatly minimized. 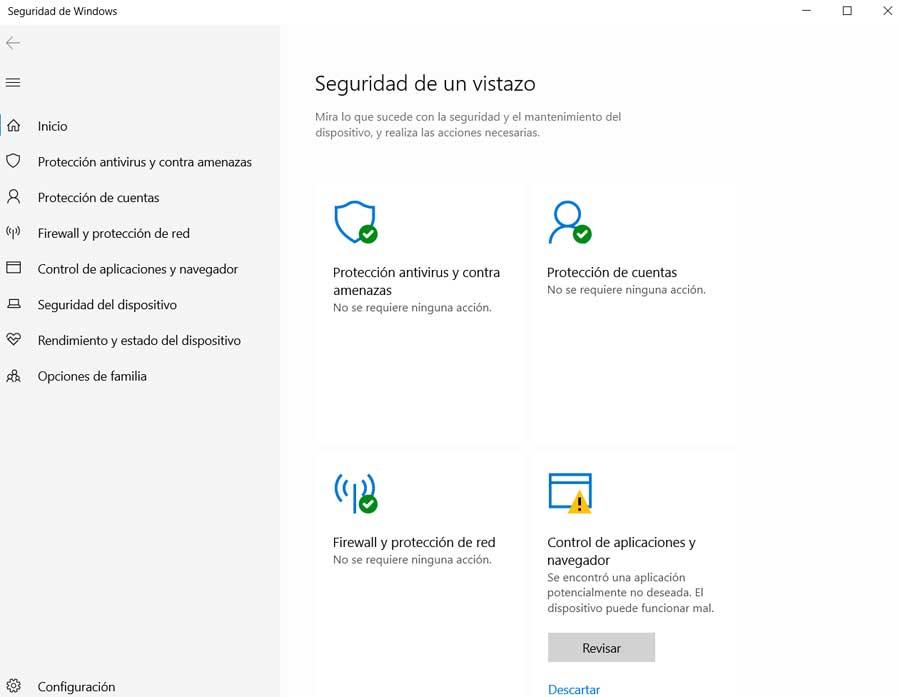 However, in the very frequent case that we use another third-party antivirus, the best we can do is temporarily disable it or uninstall it. This way we avoid possible failures in the download and installation of the new October 2020 Update. Once the process is complete, we can reinstall the relevant security solution.

Make a backup of programs and data

Surely there are many programs that we have installed on the computer , as well as the own data with which we work. You have to know that when installing a new version of Windows, all this is not touched, only the system itself changes. But you never know where the problems can come from.

It is for all this that to avoid greater evils, it is recommended before updating to 20H2, is that we make a backup copy of everything we have saved on the PC. This is something we can do with some third-party backup-focused programs .

In this way we stay protected against possible disasters, which should not happen, and we keep our data safe. 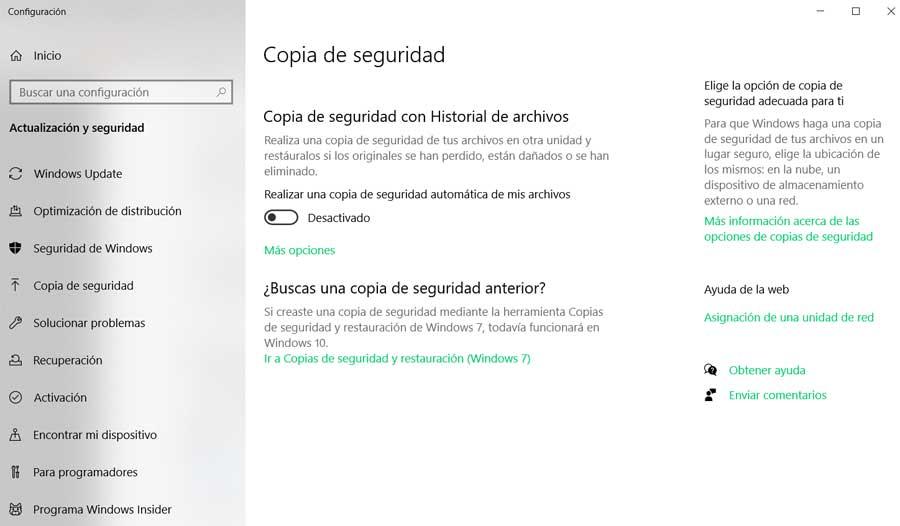 Keep in mind that with the arrival of Windows 10 October 2020 Update, we are not talking about a cumulative update . This means that it is larger and more important, so it takes up more space than we may have on the computer. Therefore, prior to their arrival and installation, we can also free up some space on the drives to avoid problems and failures.

Therefore, in addition to uninstalling those applications that we do not use, and deleting useless files, we can also delete junk files from Windows. For this, the operating system itself has its own function. To access it we have to write Disk Cleanup in the search bar . This will not give way to it so that we can delete data such as temporary files and other files that are not necessary.