Water resistant mobiles have been on the market for many years. They are not at all something new, and for that reason there are many of them that already have a few years on top. But when mobiles have a certain age, you have to take precautions with water. And it is not a good idea to wet it, although a priori it is designed for it.

In these summer days, who else and who least seeks to take impressive photos in the water, especially in swimming pools, and you have to be very cautious when putting your phone in it, as much as we know that it is resistant.

Is your mobile already a grandfather? You shouldn’t get it wet

A mobile with IP68 certification can be submerged in water up to a meter and a half for thirty minutes without anything happening to it. At least that is what the tests that manufacturers do to obtain these certifications guarantee.

But from there to something that is always guaranteed, there is a world. And more when we talk about veteran mobiles. If you have a mobile with IP68 certification but that already has a few years on it, let’s say four or more, even with a few less, you should be very cautious when putting it in water.

Time plays against you

And it is that in the same way that a boat must be regularly checked so that its entire hull remains watertight, something similar can happen to a mobile phone. And is that the water resistance of a phone is based on an essential element. And they are none other than the rubber bands that protect the inside of the phone , all the electronics, from water entering through any of the joints. Normally when putting a phone in water it is recommended to use cases that have plugs for both the minijack connector and the USB. Something that guarantees that no water will enter through there. 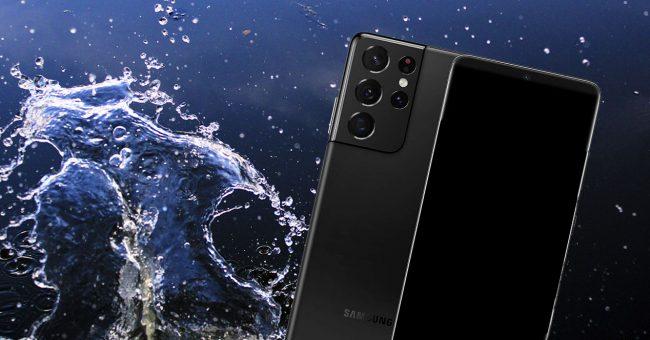 The problem when the years go by is that those rubbers and glues that protect the phone can be deteriorated by the passage of time, by changing temperatures, and especially if we have abused the water resistance a lot. Even if it occurred to us to put it in salt water. On all occasions the components wear out little by little, and as in many cases, a veteran rubber can end up breaking or deteriorating , which would end up becoming a weakness of our phone against water.

Therefore it will not have the same resistance as when you released it once the years have passed. So if you have one of these phones and you plan to get it wet this summer, it is best to do it for the shortest possible time. Because surely its properties against water are no longer the same as when you released it. For that reason it is better to be conservative and wet the phone only what is essential, or dip and that’s it, nothing to have it for minutes under the liquid element, except that obviously you already have the same thing that it spoils.