It is one of the big questions that these new generation consoles will entail given their technical specifications in hand. SONY and Microsoft have taken similar paths, but in quite different execution, where for two sister APUs the specifications stick more to the green side than the blue. However, Xbox Series X, although it has better numbers on paper, does not manage to reach the frequency in its iGPU that PS5 does , why?

Although AMD manufactures both APUs, it has had to create two completely different and custom models for the big two of the latest generation consoles. The key word here is design, since it has been this as a general concept that has marked the evolution of both consoles and from where you have to understand the difference in frequencies. Xbox Series X vs PS5: frequencies of your GPUs

Although the design concept is very abstract, there are parameters that have to be taken into account when talking about frequencies. Among them we are going to discuss the consumption, the load balance or the simple manufacture of the chips, since all this is intrinsically related to the final results in MHz for both iGPUs. 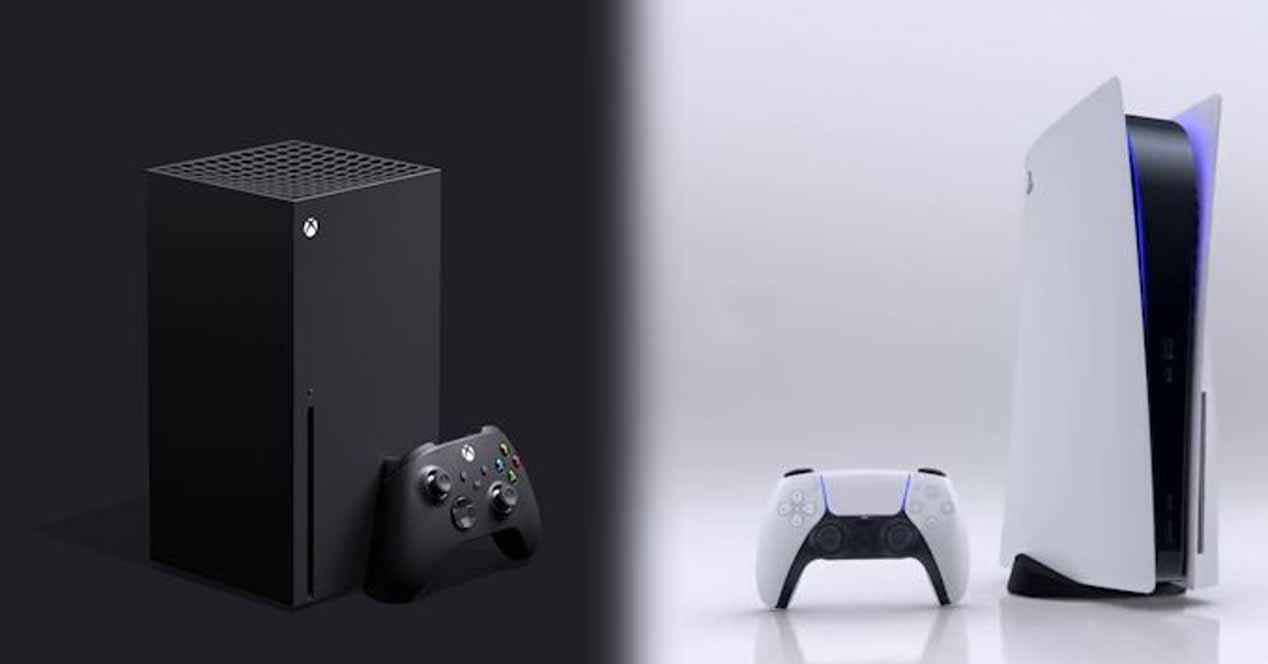 We will start with the manufacture of the chips, since as good APU we will have a single die where we will have all the power of the console in a single point to refrigerate. SONY has opted for smarter manufacturing than Microsoft, with a smaller overall die that implies a very important competitive advantage: price . A smaller chip implies fewer errors per wafer and also more chips for each of them, therefore, a lower final price.

The PS5 SoC is obviously smaller in size, but also in consumption, where both are also linked by the surface area available to dissipate. As the die is smaller and does not incur IHS (unless we know and surprise at the last minute) the maximum consumption of the APU must be less if we want to keep temperatures at bay, or failing that, we must incur refrigeration much more powerful to equalize temperature.

The frequency, consumption and temperature as we well know are linked, and in the case of the PS5 and XSX they go up to 150 and 180 watts respectively, to which must be added, of course, their corresponding computing units or CU. The greater the number of units and the greater the frequency of these, the consumption rises, so we could say that the balance is the necessary balance for an APU.

Very matched in CPU, but very disparate in iGPU 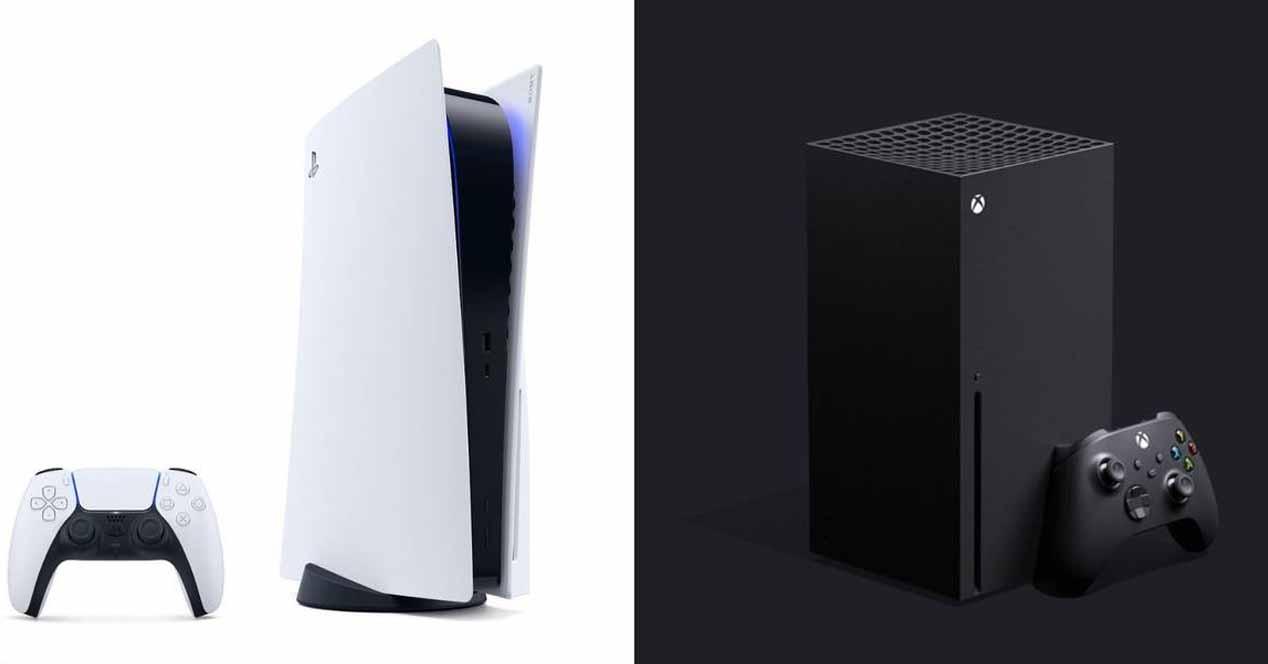 Completely ignoring the CPU as such, since they barely separate 300 MHz from the same cores and threads and this will add a little more consumption in the case of XSX, GPUs are quite different in their concept.

PS5 includes 36 CUs at 2.23 GHz, while Microsoft in XSX has opted for 52 CUs at 1.8 GHz, where shortly after we do the corresponding basic calculations (which are not representative of the real power of each one) we will have 10, 29 TFLOPS for the SONY console and 12.15 TFLOPS for the Microsoft console. Also counting that the PS5 will vary the frequency of the GPU to optimize consumption, while the XSX will keep the frequency fixed, why does Microsoft not reach those 2.2 GHz?

Seeing all the above it is easy to understand everything: it would trigger consumption and temperature, negatively affecting the CPU cores. Microsoft would have to invest in a much more complex system than the current one (and considerably more expensive) to be able to reach that + 20% speed of SONY.

Its main design is not intended. It makes up for the lack of speed with more “muscle” based on more CU, so you can slow down the iGPU and get better performance per watt than SONY, at least on paper, why? The Japanese have opted for an AMD load balancing called SmartShift , where the GPU can consume many watts under load as long as the CPU is very relieved and with little load. 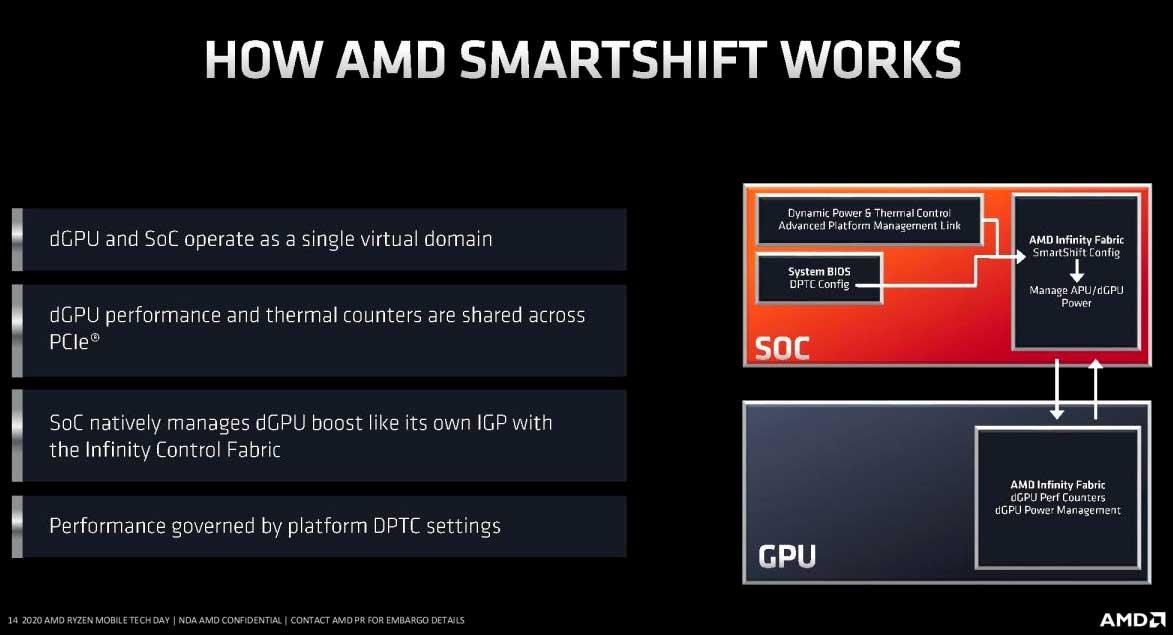 Energy balancing is what enables SONY consuming and dissipating less energy than Microsoft to achieve higher frequencies, where the smaller number of CUs also logically helps. Here the question is how long the SONY console can hold the 2.2 GHz they claim to own, since the cooling will be a key point for the PS5 due to its design.

Therefore, Microsoft does not intend to reach the frequencies of the PS5 because it does not need it due to the greater power of its iGPU due to its characteristics. SONY instead has to risk with its iGPU with load balancing, higher frequencies and surely a dissipation system that could be even more evolved than that of its rival, since at certain times the GPU will consume almost all the energy of the SoC, raising plus temperature.