The design of a motherboard and, therefore, the arrangement of its different components is not trivial. They must not only follow a logical layout for communication between the different parts, but also facilitate the expansion of the computer. That is, the possibility of adding new components or accessories to them. Well, we have thrown our hands over our heads to see the last occurrence. A real nonsense in the form of a cable-free MSI motherboard that they have shown at Computex.

There is one thing that whoever writes these lines has been leading him down the path of bitterness for years. The fact that people confuse aesthetics with design and think that a computer that looks nice is one that is well designed. The problem comes when the design ends up completely affecting the functionality and performance of our PC. Not only that, but it conflicts with a series of standards regarding the expansion capabilities that we assume in a computer. And all for what? Because of the fact that you have to please a type of consumer who has little or no interest in the world of hardware. Why has MSI screwed up with its new cable-free motherboard?

Take a look at these two motherboards, they are both from the same manufacturer, one is a design variation of the other, but they are different in one specific detail. Don’t you see it? Well, we will explain it for those of you who have less knowledge on the matter. And is that MSI has moved the headers, SATA ports and power connectors to the rear of the motherboard. The consequences of it? Now we have less space to place the cables and distribute them. 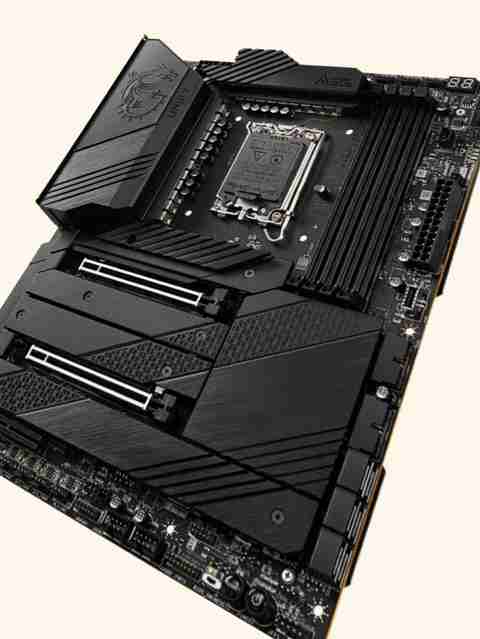 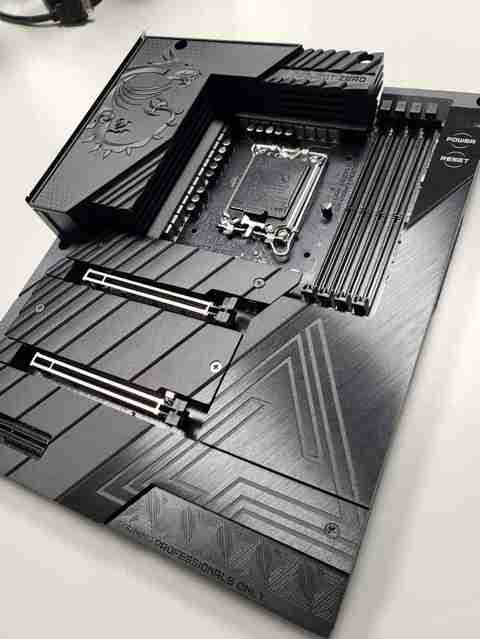 Of course, in the face of certain users who are obsessed with having zero cables in sight, it may seem like a very good idea from an aesthetic point of view. And yes, we prefer it that way and we are not going to be so hypocritical to deny it. The problem is that many cases have been designed for standard component layout and that includes wiring . So why is it a bad idea? Because of the fact that each of the different motherboard manufacturers is coming out with their patented and therefore proprietary solution to the problem. Which only means one thing.

It is a pity that no one has considered renewing the ATX standard for a solution without visible cables that is generic and can be applied by all manufacturers in their designs. What does the lack of a universal norm translate into? Well, in much more expensive parts that can only be made by that manufacturer and a huge limitation in the ability of the end user to choose. So while waiting for a universal standardization that all manufacturers must follow, this motherboard without cables from MSI is nothing more than a ploy to limit the purchase options and make them artificially more expensive.