Build 2022, the Microsoft developer conference, is being held and they have presented extremely interesting hardware that they will launch later this year. This is Project Volterra and is intended for programmers who want to make applications for the version of Windows 11 for ARM processors. Let’s see, therefore, what it consists of and what its characteristics are and how it differs from a conventional PC.

Historically, we have always associated Microsoft with Intel. Not surprisingly, its first commercial product was the BASIC language interpreter for the Intel 8080. Since then, most of its software products have been created to run on compatible processors from the brand co-founded by Gordon Moore. However, they have had occasional escapes to other sets of registers and instructions. Let’s not forget, for example, that Windows NT in the 1990s supported non-x86 processors like MIPS, PowerPC, SPARC, and so on. Well, for some time now, the interest of Redmond in ARM processors is no secret. Especially through its collaboration with Qualcomm. Project Volterra, the development kit for Windows 11 under ARM

The relationship between Microsoft and Qualcomm is not a secret, in the same way that neither is the business model of the first. And it is that both continue in a collaboration that has been in operation for years. The latest has been Project Volterra. A PC for the development of applications in Windows 11 under a Qualcomm Snapdragon processor and, therefore, under ISA ARM . To do this, the software giant has adopted a series of applications from scratch so that they run natively. Among which the following stand out: 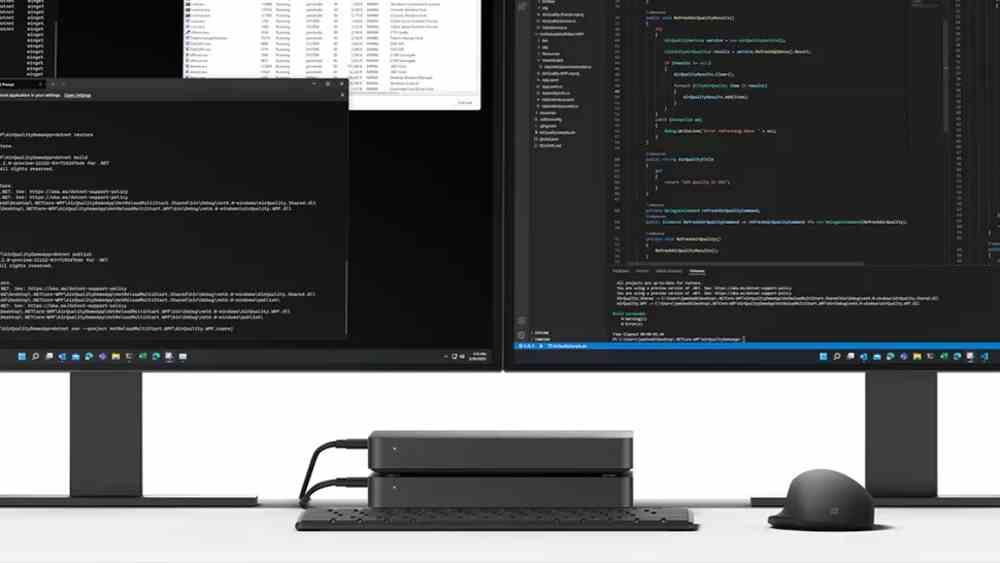 Although what really interests us is the hardware. As you can see, Project Volterra comes in the form of a compact unit without a screen. Which is reminiscent of the Intel NUC or the Apple Mac Mini. Inside is a Qualcomm processor of unknown model . Although we believe that it is one of the custom variants for the Microsoft Surface. Where for us the inclusion of a neural processor or NPU stands out to accelerate the artificial intelligence algorithms. Let’s not forget that the latter are becoming more common in applications. So we would be facing the closest thing to what a Mac Mini is today, but with Windows as the operating system.

Remember that Microsoft is not a hardware company. And if we know that there are products on the market such as Surface computers and Xbox consoles. Although we cannot forget that Microsoft earns money for each operating system installed on a PC. Therefore, its interest is not limited to those of Intel and AMD, but to go further.