If you are one of those users who change their graphics card every leap year and only if it is essential, for whatever reason, surely you have considered something very basic in the average gaming PC that you surely have: you run out of VRAM in games and so is it possible to update or extend it? Something logical seeing what is done with the system RAM, although the answer in this case is not as obvious as it seems and for this reason we are going to explain if the VRAM memory can be expanded.

Perhaps you are wondering, as soon as you have a minimum knowledge of hardware, the reason for the limitation of the memory of the graphics cards in terms of their update. Logically, it has a number of reasons, so let’s go with them. Why can’t VRAM be upgraded on a GPU?

As we say, the reasons are varied and although they may seem laughable they are not. First of all, the VRAM cannot be a replaceable component as a general rule because its electrical and latency requirements prevent it from having a slot. Second, a specific slot would have to be created for each type of VRAM , making it difficult for a user to install GDDR4, GDDR5 or GDDR6 in the wrong slots.

The third point to be discussed is that a series of slots implies a height difference that PCB and heatsink manufacturers would have to solve with the consequent loss of thermal performance and impossibility of dissipation through the back of the same PCB. 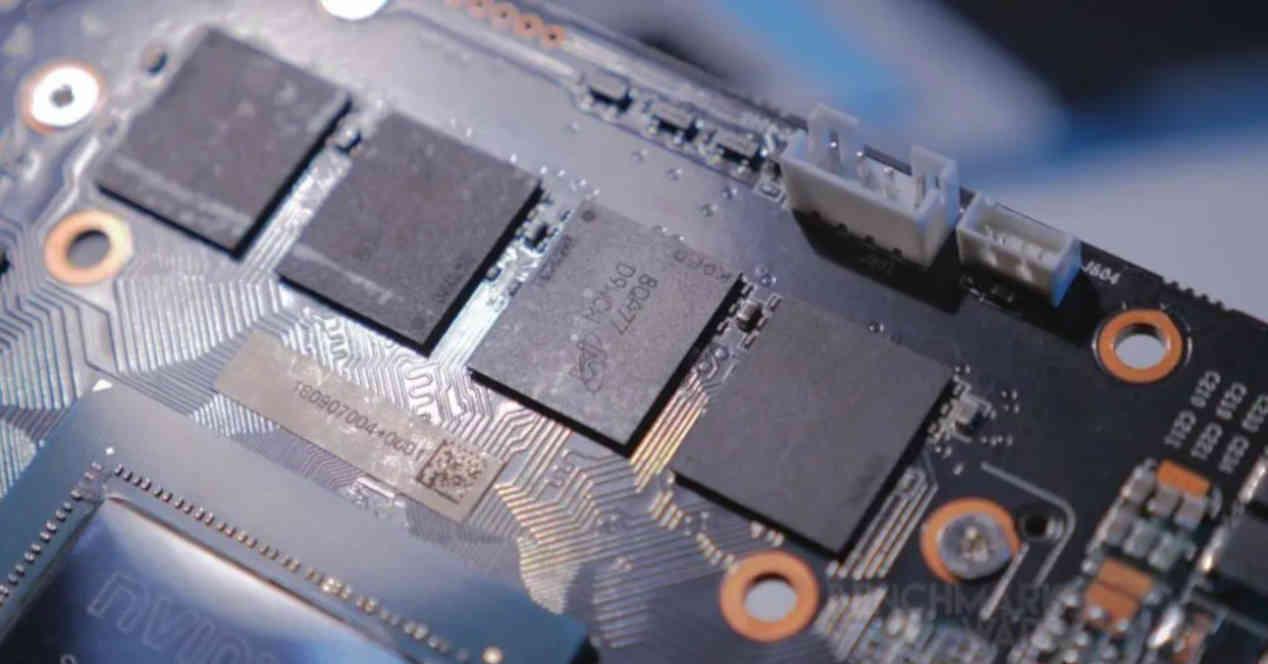 In summary, synchronization time is lost, energy efficiency is lost in a key component and exposed to constant stress, it would cool less and there is also the risk of human errors in its installation or change.

Having explained this briefly, it is understood that the VRAMs are soldered and have the existing compatibility where the manufacturers are “happy” (it costs a lot in terms of R&D and cooling to maintain performance and temperatures) and do not want to know about an exchange or update system .

In addition, changing the VRAM would require a series of IMC and adaptive buses depending on the size of each module, something that would greatly reduce performance and is currently incompatible with current architectures, where, for example, when a VRAM module dies and its brothers continue to work allocation issues are brutal on a GPU.

So, is it impossible to expand or change it?

The short answer is no, it is not impossible. The problem is that to do so you have to opt for modules of the same type, technology and in some cases speed/voltage, bridging the difference in capacity. That is, the same module with more capacity, where it normally goes from 1 GB to 2 GB per chip.

Logically, this will involve desoldering module by module on the PCB and re-soldering the new ones, with the consequent cost and danger that this entails if we are not experts in precision soldering and have the appropriate reballing machines.

It is not a technique that is not done, there are many examples, but it is not something that is easy, fast or cheap, not to mention that we lose the warranty of the GPU, if any. For this reason, what is normally done is to change the graphics card to a higher one and thereby gain power and the so-called VRAM, removing the user from all these problems in a simple and fast way at the cost of a good outlay.