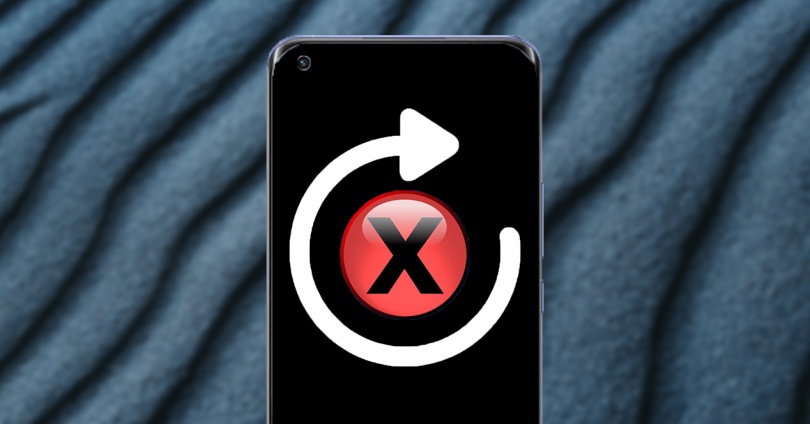 Our mobile devices receive constant updates during a certain time , which we relate to their useful life. And as we have repeated on different occasions, having your terminal updated will be essential for it to continue working at the same level as the first day. However, there comes a time when we will not have the option to move to the next version of the operating system.

Today, there are different reasons why it will be practically impossible for us to update our mobile device. And it will not be our fault, but they will have to see a series of factors external to us, which we will explain to you. In addition, we will also tell you how you can change the version of the operating system of your terminals when the manufacturer of the terminal leaves you aside.

Although many users think that having a totally new mobile device ensures many years of updates. The reality is totally the opposite, since, still today and despite having a high-end mobile, many times we will only have 2 or 3 years of support. After this time, our phone will become somewhat obsolete.

And one of the main culprits is the processor of the different smartphones. Although, over the years they have been improved so that it is not a problem when it comes to having new compilation packages relevant to the mobile operating system. In addition, this problem is also related to the famous fragmentation that the operating system of the American company has been facing for years. Since, the thousands of terminals that exist in the current market make it impossible for the same version to be in all of them, or in the vast majority, as is the case with Apple‘s iOS . For those who do not know what this fragmentation consists of, it is important to know that it consists of separating, in this case Android, into small parts. This means that an Android device receives only two important updates during its useful life. If we compare it with iOS again, we can see how they offer up to more than 5 years of support to get to have the latest version. Since being a closed system they manage to fully control the update cycle .

Although there is also another point to take into account, the update cycle is not as fundamental in this case as the work of the different manufacturers. Since they will be in charge of using the source code in their own way to add their apps, customizations, among other aspects.

The official support of the manufacturer

The update times between the different brands have always been fundamental. Especially now, as we see how they are continually competing to offer the best functions and features to users. With the aim of achieving more sales than anyone else. This is why the years that companies are coming to offer us are getting longer.

In 2021 it has been possible to verify how Samsung offers up to 4 years of support , but only 3 years for the system. And they have not been the only ones, since other mobile companies have joined the trend of increasing the years, as has been the case with OPPO or Vivo. Although they have not yet reached Apple’s level, and it is largely due to the problem we mentioned above, the fragmentation of the system. In addition, it is common to see how the different most important manufacturers of the moment tend to launch twice or more devices on the market in just a few months. Causing the market to be filled with new terminals. And, consequently, we are facing more smartphones that have to be taken care of in terms of updates.

It is even quite common that some of these need different custom patches, which can further delay the manufacturer to be able to launch a stable version on the other phones, although it is no longer such a big problem today. This is why brands tend to prioritize flagships over other lower ranges.

Do layers of personalization influence?

It is important to understand that when Google finishes a new version of Android, it sends it first to the manufacturers of the different processors such as Qualcomm, Samsung, MediaTek and others, in order for them to manufacture the different corresponding drivers that mobile companies will need. .

The next step is to send it to the numerous manufacturers such as Samsung, Xiaomi, Vivo, OnePlus. With the goal that they add their own personalization layer. And finally, the different operators will have to approve said update so that, finally, the user receives it. The main problem with this is that the layers of customization have not always been very well received over the pure Android operating system option . However, for both brands and users they already have great importance so that a terminal can have different novelties or extra adjustments that separate it from the rest and thus be able to differentiate itself.

However, with the advent of customization layers, the times for the different builds have been increased. More than anything, because the different device companies have to make it compatible with the new version. So they will have to readjust their own personalization layer. Even, not only will we have to endure more to obtain new compilations, but it may even be the case that we will not have any more for the system due to different optimization errors, fluidity, etc.

What do I do when I can’t update my mobile?

Having the latest version always has its advantages , and not only because it has the new functionalities and features that it can offer us, but also to get our smartphone to continue working as the first day. And it is also important to remember that this way we will enjoy better security.

This is why, at the point that we cannot have a new one since the brand of our terminal does not offer us any, you do not have to worry, because there could still be some other solution.

The first option that we must take into account will be to look for the firmware on the manufacturer’s own website . Although the notification indicating the presence of a new version does not arrive automatically, it could well be the case that it is on the website itself. Therefore, we will only have to download the firmware from the Internet and install it manually, without having to wait for the OTA to arrive. We even have the option of being able to see if this new compilation is available for other countries. Since many times it does not reach our country, but in other parts of the world it is available. A ROM as an alternative

In the case of not having any pending, nor there is hope that it will reach your region or another, we will only have to count on the ROM community for our mobile device. It must be clear that to have this, we must follow instructions provided by the developer himself, since they are official, but are created by third parties outside the brand.

Of course, it is advisable to have some knowledge on the subject, since the way to install a ROM can vary a lot depending on one smartphone or another. There are also different ones that will be compatible or not depending on the brand of mobile you have. Currently there are different types, we can find some examples such as LineageOS, RevengeOS or ArrowOS, which will be used for different brands and will also depend on the model.

The last solution that we find in this situation will be to get a new mobile device. Everything will depend on whether in your case you cannot have a new version of Android after having followed the previous recommendations. Unfortunately, you will only have to get used to the idea that it is time to change your smartphone . Although of course, everything will depend on whether you really need in your day to day all the news that have been introduced in the Google operating system and whether your current mobile device works well or badly. Once you have evaluated it, you will have to make the decision whether or not to buy a new mobile.