We are so used to seeing new bets in the form of faster chips and memories that most of the time we forget that advances in hardware go beyond the fastest chip. A breath of fresh air, and never better said, has come to us with the AirJet Mini and Pro cooling chips, which promise to eliminate fans from laptops. Will they succeed or will it be a totally empty promise?

One of the obsessions of laptop designers is to get the slimmest system possible, the problem with this is that this cuts down on the laptop’s cooling and forces components to run at reduced clock speeds and performance. Which is somewhat detrimental to the user in that you don’t get the full power of these chips. Interestingly, this was the problem Apple users ran into with the latest Intel-based MacBooks. 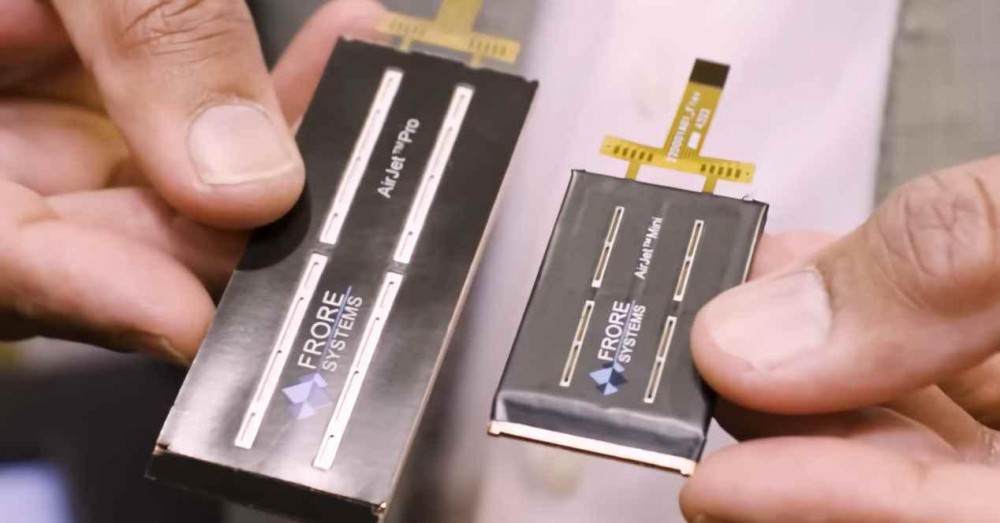 AirJet Mini and Pro will replace the fans of your laptop

An unknown company under the name of Frore Systems has created two cooling chips which it has named Airjet Mini and Airjet Pro. They have been designed for ultra-thin laptops. Since it is only 2.8 mm thick and they promise to give the same type of cooling as a fan, but without taking up the space or making the noise that these do. Its functioning? Through a mechanism based on vibrating membranes placed on the copper heatsink in the laptop, it manages to perform the same function as a fan.

Specifically, it can generate a pressure of 1750 Pa, 9 times more than a laptop fan and all this while generating a noise of 29 dB against the 41 dB of laptop fans. Regarding the dissipation capacity of each of the models, the AirJet Mini can dissipate 5 W, while the advanced version can dissipate 10 W. Therefore, connecting 4 units in a system can dissipate up to 40 W. However, The consumption of each AirJet is 1 W and weighs only 11 g, so it really is a piece that can be easily integrated into any laptop. 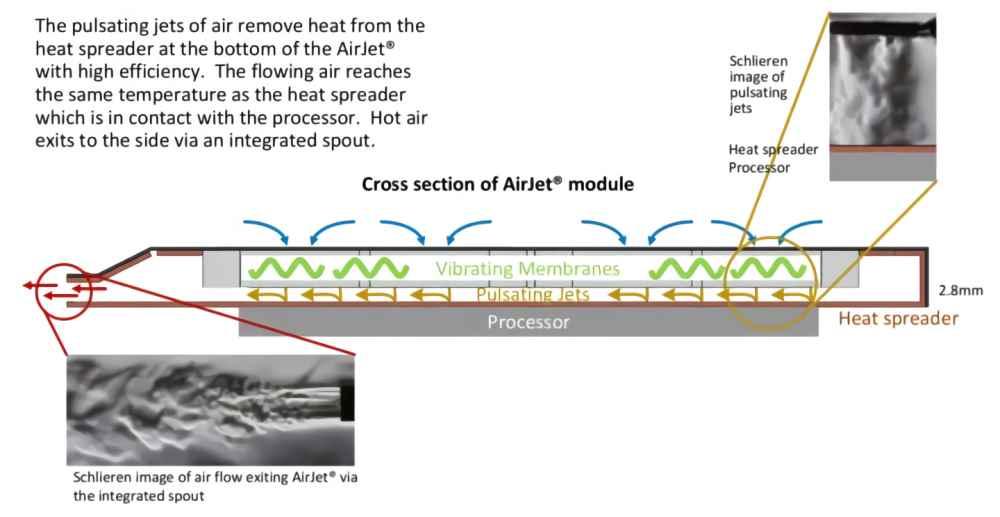 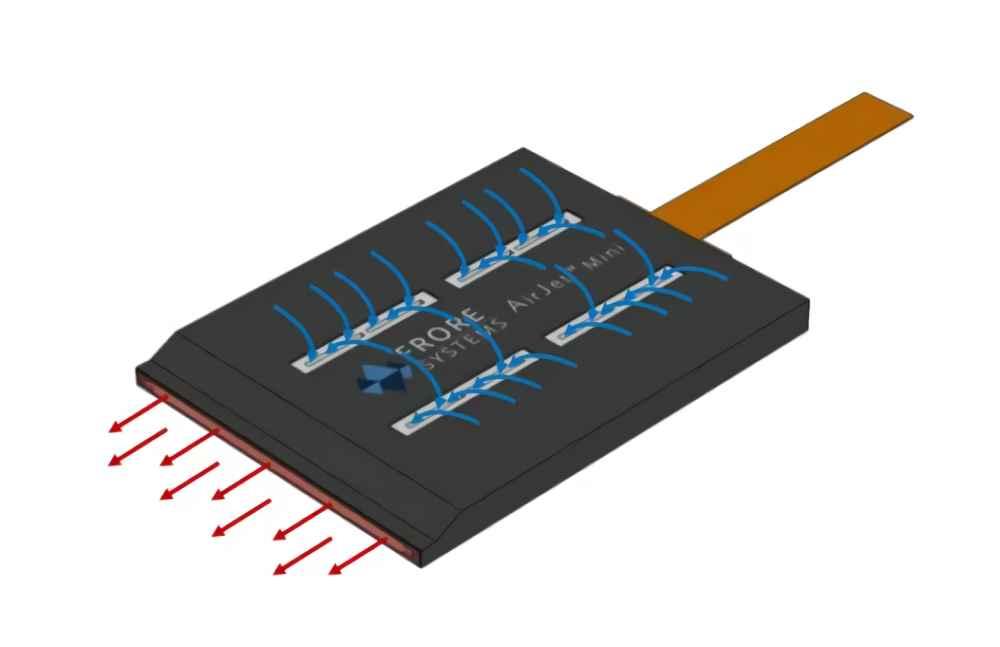 Will we see it in any system soon?

What’s more, Frore Systems is already in contact with Intel and its partners for the creation of laptops that use this cooling system for the launch of new models that will be released later this year. We can think of other examples beyond the classic laptop. How about a Nintendo Switch 2, a Meta Quest 3, or a slimmer version of the Steam Deck with it? In any case, we doubt to see it in gaming laptops where the heat generated is much higher and more advanced dissipation systems are needed. All this will become a Boost for ultra-thin laptops and it is about those technologies, which although they may seem banal, have the potential to be in a multitude of laptops.

In any case, no system that uses it has yet been shown and this means that we have to take the manufacturer’s statements with a grain of salt. Since they have not been carried out in an impartial environment, but in order to promote their own product. So we will have to wait for a system with the AirJet Mini or Pro integrated as standard and compare it with one with conventional fans to find out what its performance is.