The SteamWorld series of games has been with us for more than a decade, since 2010 when it landed for the first time on Nintendo DS with a tower defense of those that became fashionable with the arrival of the first smartphones and tablets like the iPad. The fact is that since then the saga has played an infinite number of styles, with radically different genres that now, with SteamWorld Build , reach their maximum expression. 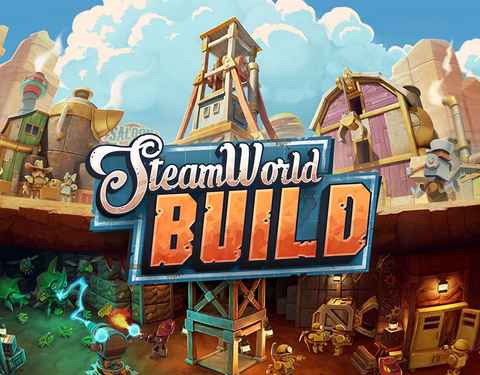 The fact is that after starring in space epics ( SteamWorld Dig 1 and 2 ), turn-based strategy space games ( SteamWorld Heist ) and even another one with many role-playing elements ( SteamWorld Ques t), now Image & Form has decided to take a new turn . of a nut that we had never seen before, taking the universe of robots that move thanks to the force of steam to a place that has, at least within the PC market, millions of followers.

This is SteamWorld Build which, as its name suggests, will allow us to build and manage resources to maintain a mining facility at full capacity with the sole objective of finding rare minerals with which to conquer, as stated in its description. , the very space. Something that is not so crazy because already in SteaWorld Heist we were traveling through the stars aboard some dilapidated spaceships.

To achieve our goal in SteamWorld Build you already know what it takes: create worker robots, entrust them with tasks of collecting raw materials and start building different facilities to turn a settlement into a mining operation, capable of generating benefits and resources with which to continue expanding across the map.

Do you want to play it right now?

In addition to the good news that SteamWorld Build is coming soon (at the moment there is no set release date), we have another even better one: the existence of a demo that we can try right now. You just have to access the Steam link below and add this preview of the Image & Form title to your library. Do not expect to play it in its entirety, but do expect some phase with which you are familiar with its management mechanics.

Some of them are as fun as the way to instill more joy into the robots so that they work from sunrise to sunset, based on electric shocks that revitalizes them and puts them back to the top to continue chipping the stone. Or trade with the train company, which will be in charge of bringing and bringing essential supplies to keep the town and the mine at peak activity because, although it may not seem like it, your ultimate goal will not only be to earn money, but to find evidence of ancient technologies. that connect you with the stars.

In addition to all the management part that SteamWorld Build has on the surface, the game will also take us inside the earth , to the mine that we are exploiting where we can point out the areas where we want to look for new materials. The truth is that it looks good, don’t you think?