Currently there are many platforms to communicate safely over the Internet. In messaging, the most secure by far is Signal, which does not even save metadata about users. In secure email it was believed that the best to date was ProtonMail , but it seems that neither.

ProtonMail is based in Switzerland, one of the countries with the best data protection laws . The company, on its website, states that “you do not need personal information to create a secure account.” In addition, they state that “by default, we do not keep any record of IP addresses that can be associated with your anonymous email account “.

Despite stating that on the web, there is a slight loophole. The company does not have to comply with requests from foreign security agencies , such as the CIA, the FBI, or Europol . However, if the Swiss agencies agree to attend, for example, Europol, then they do have to release the data.

They identify a less dangerous activist

This is what happened to a French citizen, who has been identified as revealed by the country’s police . This citizen is an activist who is part of a group of people who have occupied commercial areas and apartments near the Place Sainte Marthe in Paris as a protest against the rise in prices in the area, excessive presence of Airbnb, gentrification and real estate speculation. 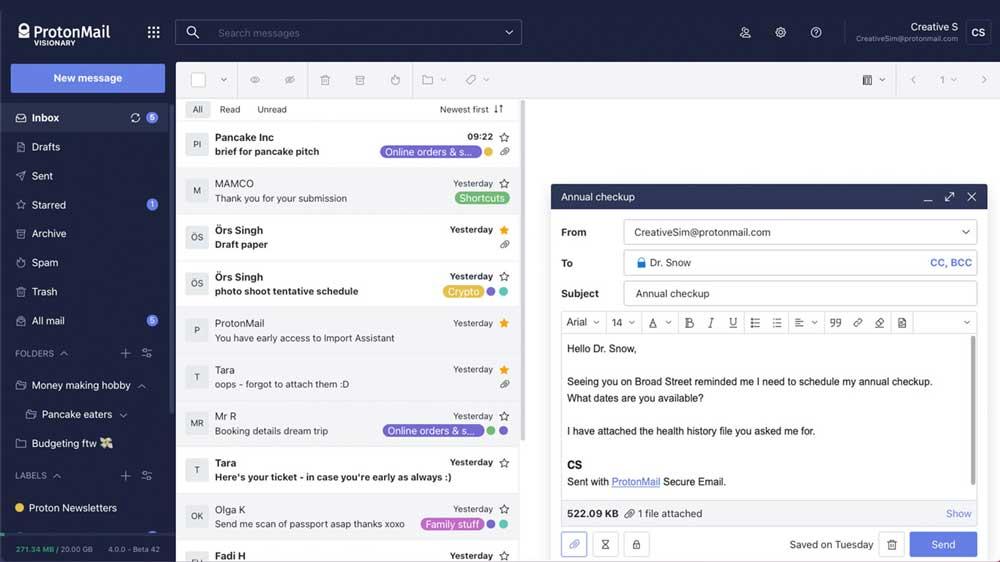 On September 1, the group published an article on Paris-luttes.info, an anticapistalist website, summarizing the police activities against some of the group’s members. In the process, the police would identify the owner of the account of protonmail they used to communicate, which circulated on the Internet.

Thus, the French police contacted Europol, and this in turn with the Swiss authorities, and has had to comply with the law of the country, giving the date of creation of the account, the IP address and the device used. In addition, the company will have to provide all the data it has to identify users if they are committing illegal activities according to Swiss law. The only “positive” part of all this is that Swiss law also requires the user to be informed who has requested the personal data and what data, so that the affected person quickly learned that it was ProtonMail.

The secure email service , however, cannot reveal the content of the emails because they are end-to-end encrypted, but they can do so with all the data they have from each account. With this, if the user registers using a VPN or Tor , then he may not have legal problems. However, authorities may then go for the VPN to identify the user who used that IP address , which can be tricky if the traffic gets mixed up. The Onion address that they associate with each account created can also be used to prevent the real IP from being revealed .

The company currently receives more than 3,500 identification requests, of which they accepted 195 in 2020. They also claim that they only release the data when they believe it is a serious crime, although in this case we are talking about an activist whose case is very far away. to be serious.