The development of technology has allowed many countries to improve their weapons and have both the best attack and defense systems. The armies of different nations are developing different futuristic weapons that look like something out of a science fiction movie.

However, these weapons will soon be applied in different wars, although some of them are already being used today.

One of the biggest advantages that some of these weapons have is that they are portable and can be deployed in vehicles, making them much easier for the military to use. In addition, it allows them to save the time they would waste assembling the entire structure of the weapon and its installation, being able to go directly to its use and fire it against the enemies.

For example, drones are being used more and more for the amount of possibilities they offer. Its small size and dynamic control make it a very useful aerial vehicle.

It can be used as a reconnaissance or espionage system with which to check a terrain using cameras attached to the drone, but many countries use them as a weapon to attack different targets. In fact, they can use infrared to detect enemies.

But these small aircraft have a weak point. Specifically, another type of weapon such as cannons that emit microwave radiation. Thanks to these devices, electronic systems can stop working or even explode due to overheating, thus disabling enemy weapons.

The use of thermal sights or night vision systems also provide a great advantage to the user, being able to see the enemy with total clarity in environments where it would normally be impossible to locate them.

One of the keys when making an attack is speed. That is why the use of hypersonic missiles is another very prominent weapon. These projectiles are capable of traveling at a speed up to five times the speed of sound, so they can travel thousands of kilometers in a very short time. 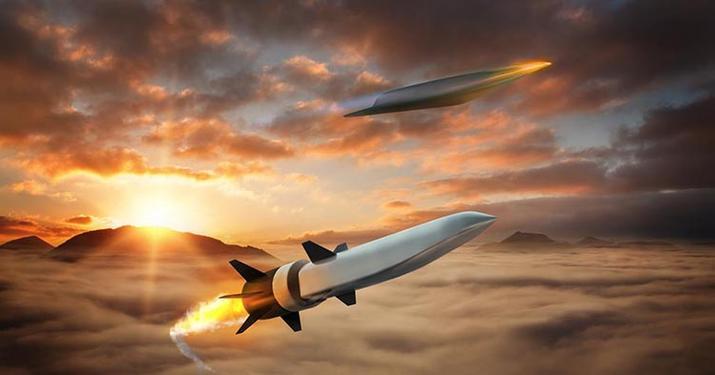 South Korea recently revealed that it had manufactured a missile that had the same destructive power as a nuclear weapon, so this type of projectiles can change the fate of a war when they hit the target.

However, to neutralize these types of threats, the use of systems such as satellites is a possibility. In fact, the United States recently revealed that it was going to use these systems to intercept any type of hypersonic weaponry.

Advancing technology has also made it possible to use armed vehicles autonomously. This is a good thing since it allows the military to control the weapon from a distance without putting themselves at risk and being safe.

Some of these vehicles are robots that move thanks to the use of Artificial Intelligence and know how to act at all times. These vehicles are not usually very large and the general trend is that they present a very similar appearance to a tank.

And it is that human participation in the wars of the future will be increasingly limited. Many of these autonomous vehicles can also employ electromagnetic weapons , which consists of a device that generates very large amounts of energy that, when hitting the target, can completely or partially eliminate the electronic systems of the enemies.

We are used from different movies to see how laser weapons are used to attack enemies. But reality is many times over fiction and some countries are developing their own laser weapons to shoot down air targets.

Finally, the LRAD is a long-range weapon that consists of an acoustic device that emits sounds that can be painful for the people it is aimed at.