At the Milan presentation, where our site was present, we could see the terminal, but little else and now we are waiting for the test units. However, we “brought” some of those 200 MP photos made by us to show you how big and what quality the Motorola Edge 30 Ultra has.

Smartphone cameras lost that wonderful race years ago to offer more and more megapixels. A race that Motorola has just shaken like few others. It is true that for years there has been a commitment to better image and video quality, that is, because cameras give their best in all conditions, far beyond resolution. But at Motorola they wanted to put themselves in the world by montera and a couple of weeks ago they gave the bell by putting on the market a model with nothing more and nothing less than 200 real MP of resolution. This is the Motorola Edge 30 Ultra, a beast that, in addition to having the latest in terms of processors, has a fast charge of 125 W so that you practically do not have to wait to have it fully charged.

The photos you can take at high resolution

But back to the photos. Let’s stop with words and move on to the facts. 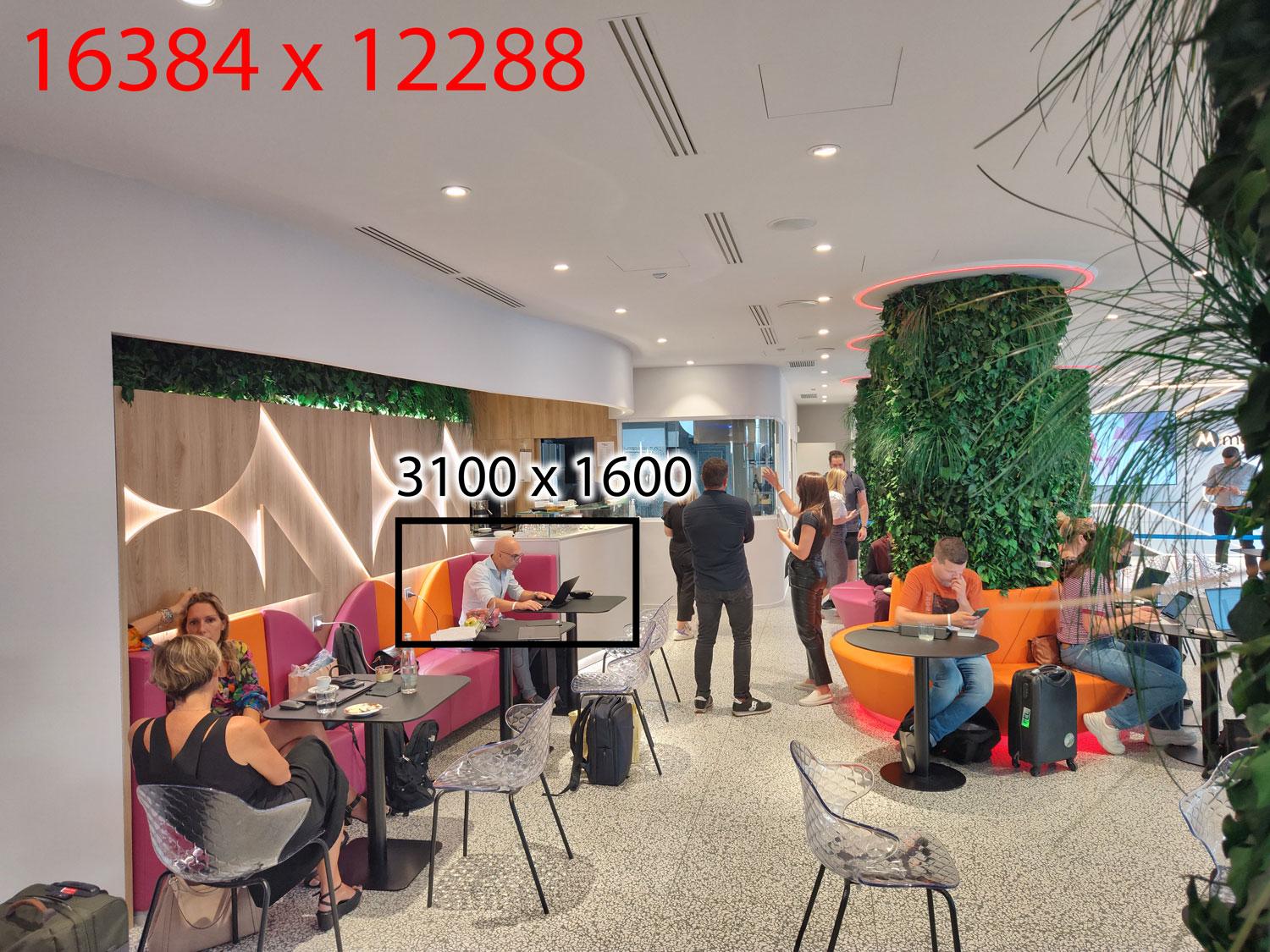 The mentioned crop itself, we insist on 100% viewing in Photoshop. Its approximate size is 5 MP. 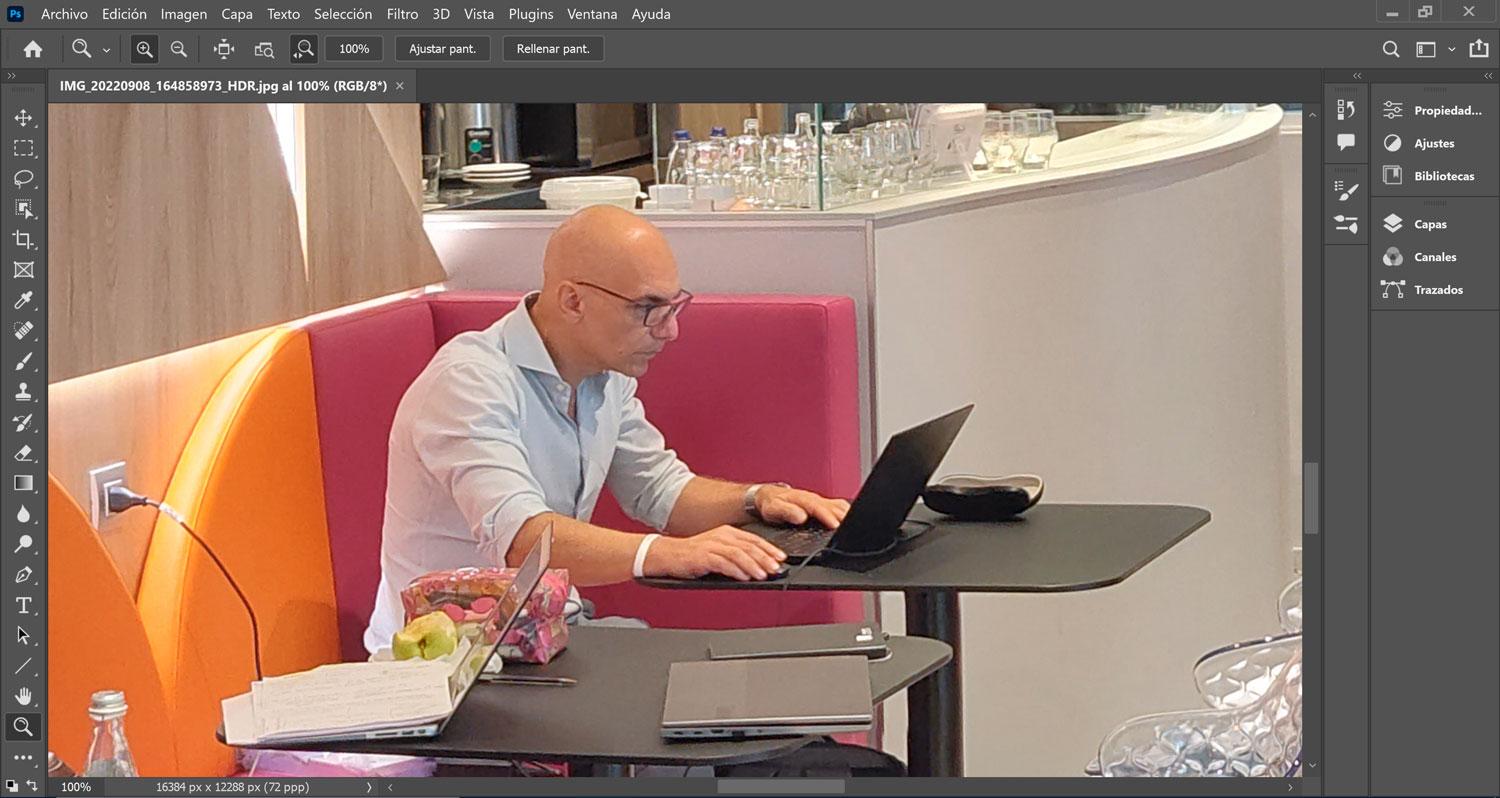 And finally the original photo fitted on the screen in Photoshop. As you can see at maximum resolution, as usually happens in most mobile phones, it works in 4:3 format. 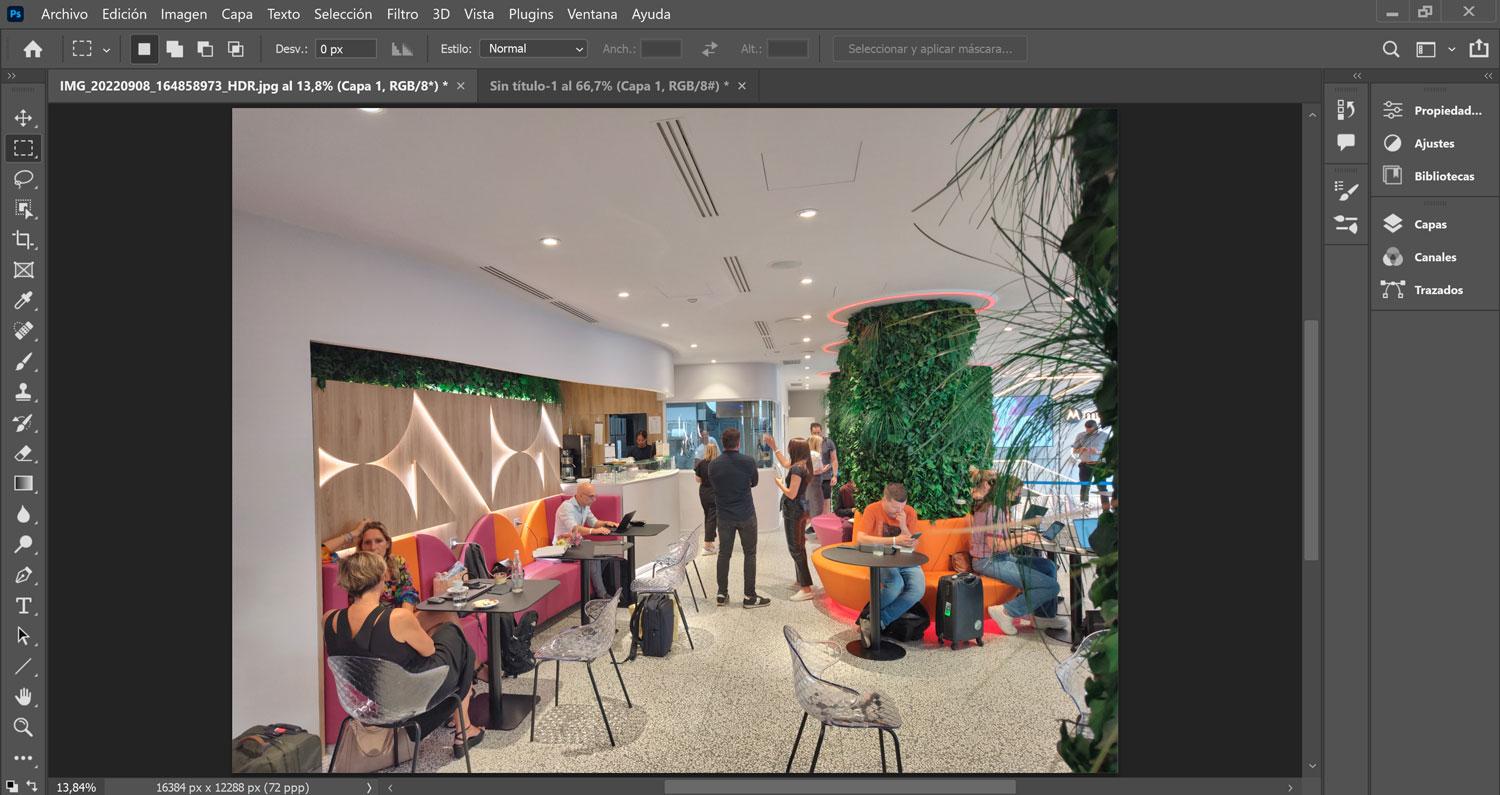 As you can see, the image has a resolution of 16384 x 12288 pixels. If we carry out the multiplication, a total resolution of 201,326,592 pixels comes out, or what is the same: 201 MP. The good thing, in addition to the resolution, is the result it offers us. Among the advantages it gives us, we also include situations in which we want a printed image or if we want to make a cut without losing detail , reason enough not to even have to zoom.

Nothing better than an example, as you can see in what we have cut out, the photo of the person with the computer, we have an approximate resolution of 3100 x 1600 pixels, almost 5 MP. In this link you can download the original photos

A luxury when taking photos that solves situations in which the zoom does not behave as it should. In this way, the crop can give us as much detail in a general plane, as when putting the crosshairs in a specific area. In other cases we can find that the result is blurred due to the low resolution of the camera, but not here. Let’s not say if you also use the camera for professional purposes… I think there is little to explain what it means to have that beastly resolution.

This serves as an example, to see in an effective way what a 200 MP photo is capable of, with which we hope that, without falling into madness, the other manufacturers will reach at least the 100 MP border shortly to have more chances in snapshots.