Among all the functions of our mobiles, cameras are the ones we use the most on a daily basis. We do not have to be facing a special day to take snapshots, since at any time we may need to take a quick photo with the mobile to demonstrate something or simply to remember it.

That is why in the Android operating system, we come across an option that makes the camera system much more advantageous. With this integrated option, we will get the mobile to go directly from being locked to activating the camera and even taking a photograph of what we are pointing at with the lens. In this way, in some way we are going back to resorting to the classic button of analog cameras or at least a simile. 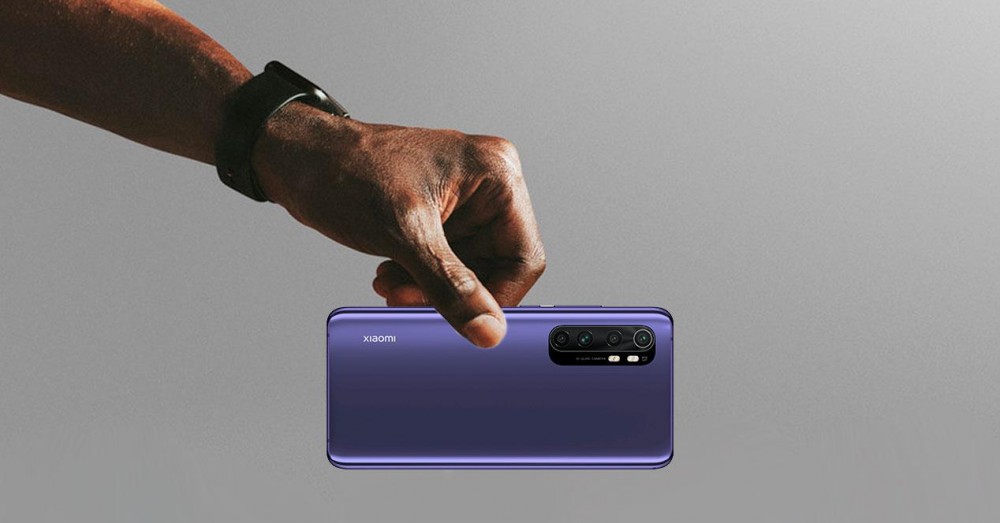 Double tap or gestures to take quick photos on Android

We have to go back in time to come across the arrival of this quick photo function, which occurred on Android after the arrival of this function with EMUI 8, the driver of this advantage in Android terminals. What at first was an added point of the software, has been standardized to make it possible for any smartphone to be capable of taking photos in tenths of a second and even with the screen off.

Activate it in Android Stock

To get the camera to open quickly with just a double press of the power button on Android the process is simple. This is what we will do if we have a mobile that does not add layers of personalization, as is the case with Motorola, Nokia or the Google Pixel: 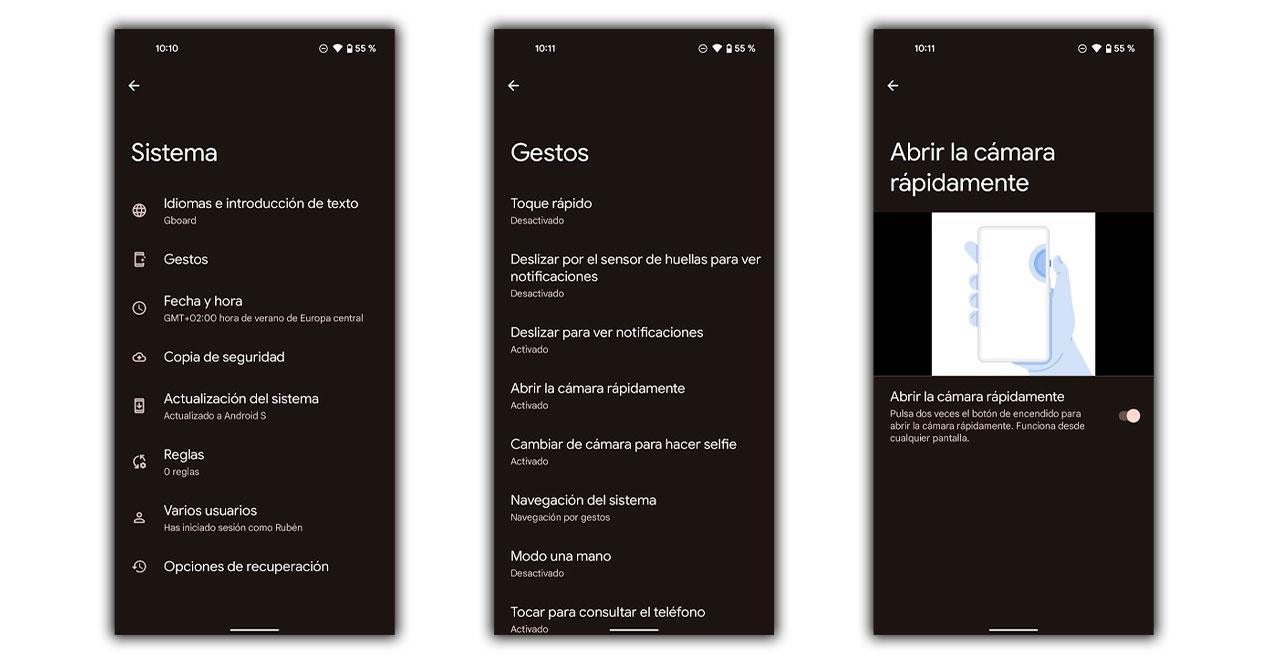 First of all, we are going to access the Terminal Settings, looking for the System button among the options. Then we have to choose the Gestures option, which may be somewhat different on the Motorola and Nokia terminals, in addition to the aesthetic aspect depending on the Android version. To finish we only have to activate the option “Open the camera quickly ” and we can proceed to lock the mobile to try to open the camera by just pressing the power button twice.

How to configure it on Xiaomi mobiles

Xiaomi terminals that have MIUI 11 onwards, also have the option that allows us to run the camera with the buttons on the terminal . This time the options are even more advanced, giving more personality to the operation of the fast camera in Xiaomi. An option that, unlike other options, is available from the entry-level to the high-end. 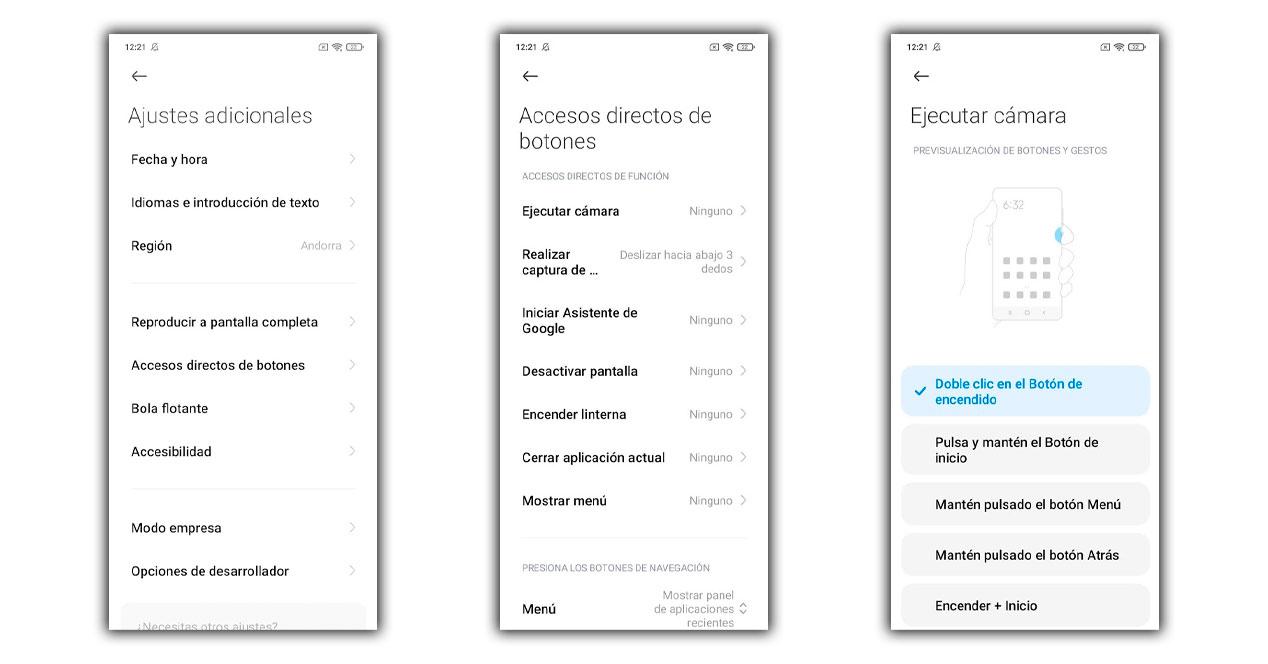 To activate this function on our Xiaomi phone, what we will do is enter the mobile Settings, and then first access the tab called Additional Settings. Once inside, we have to choose “Button shortcuts” and to continue with the configuration we will choose “Run camera” From this small menu of possibilities we will be able to choose how we want the camera to start working, choosing between:

In the event that we have a mobile with One UI, we will also be able to activate this function, this time being present in all the One UI versions that exist. With the intention of expanding the photographic possibilities of mobile phones , the Korean manufacturer established this function with the change of name in its cape and everything indicates that it will continue to be present for a long time. 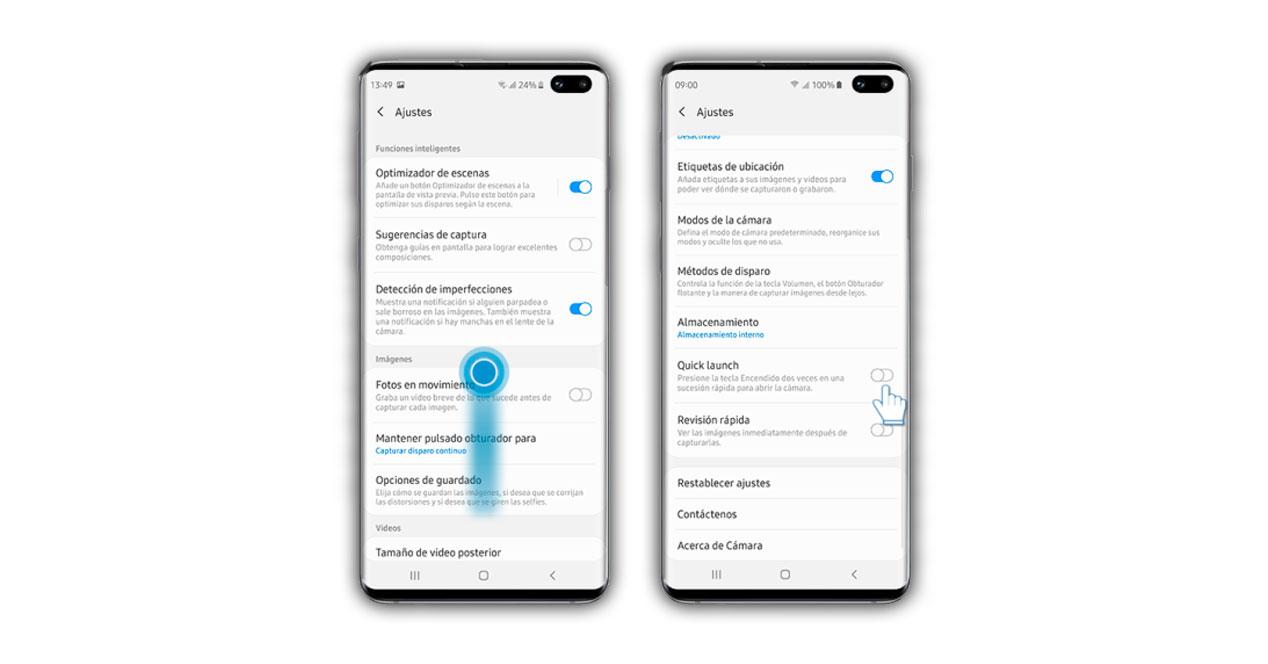 To use it, we just have to enter the Settings of our mobile, go down until we find Advanced functions. Among the infinity of quick options that Samsung presents us in its terminals, there will be Quick launch, from which we are going to activate this very useful tool. Like the rest of the cases, we can put it into practice, blocking the terminal to press the power button twice and the camera appears.

Customize a gesture for the camera on OnePlus

In the terminals of the OnePlus firm, we also have an added option to be able to use the camera instantly without going through the system sections first. This will lead us to be able to customize a gesture through different letters with the screen off. 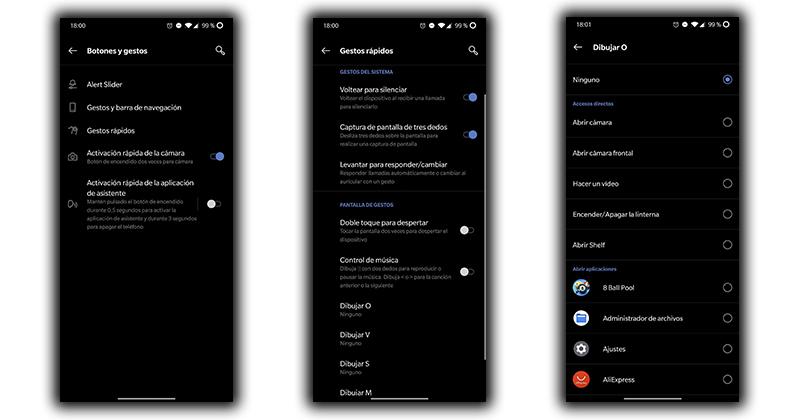 To complete it, what we have to do is enter Settings, then we touch Buttons and gestures, continuing with Quick gestures and selecting the drawing of the letter we prefer to open the mobile camera, as well as other functions that we could do without unlocking and not even turn on the screen.

Squeeze and shoot on Huawei

The Huawei mobile brand is one of the ones that offers the most possibilities to customize the camera and how could it be otherwise, it also helps us to take photos faster. This time his option reaches all Huawei phones but unlike what we saw before, we will not only be able to open the camera, as we will show you: 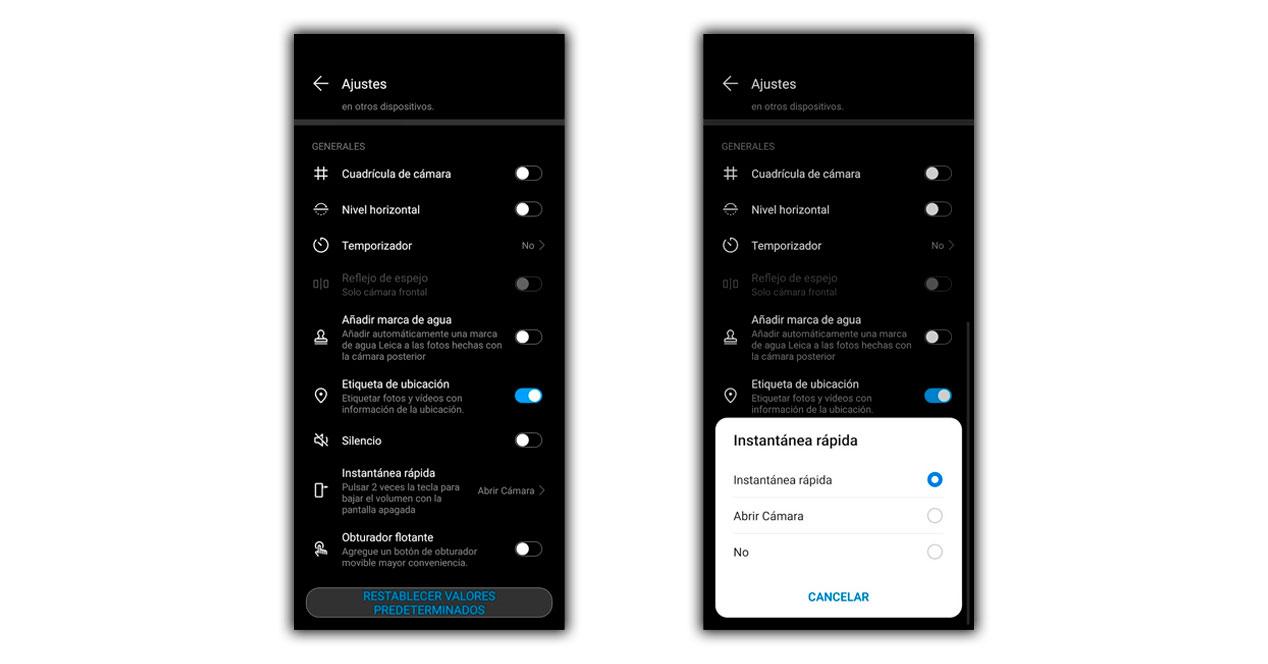 In this case, the steps are simpler, since you only have to enter the camera that comes by default in our Huawei mobile. Then in the upper part we access the adjustment wheel that appears and we slide between the possibilities until we find “Quick snapshot”. When we mark the option, we will see that a panel appears where we will have to choose the behavior that the quick option performs.

We can section that when pressing the volume down button twice on this occasion, a photo is taken quickly so as not to lose a tenth of a second in capturing the image or, as in the rest of the manufacturers, the image is started. camera app.

Is there a way to add the option on other mobiles?

The mobiles that for now do not have an option to activate the camera quickly are those of the OPPO, Realme and Vivo brand among the most prominent. Its layers of customization do not have the advantage between its camera options or system settings and therefore we do not have a native way to make it possible. We might think that by installing an extra camera app the option will appear on our mobile, but nevertheless this is not possible since it requires system permissions.