Fortnite is one of the most popular video games in the world. At first, almost no one knew about it and it was even paid, but little by little it was gaining in popularity thanks to the fact that a large number of content creators began to share their games and the game began to implement new functions that made it one of the the games of the moment.

Such was the explosion of this game that Youtubers even got to play together with American rap stars like Drake or Travis Scott. In addition, in Spain more than one tournament with 100 people was held to determine who was the best player on the island. 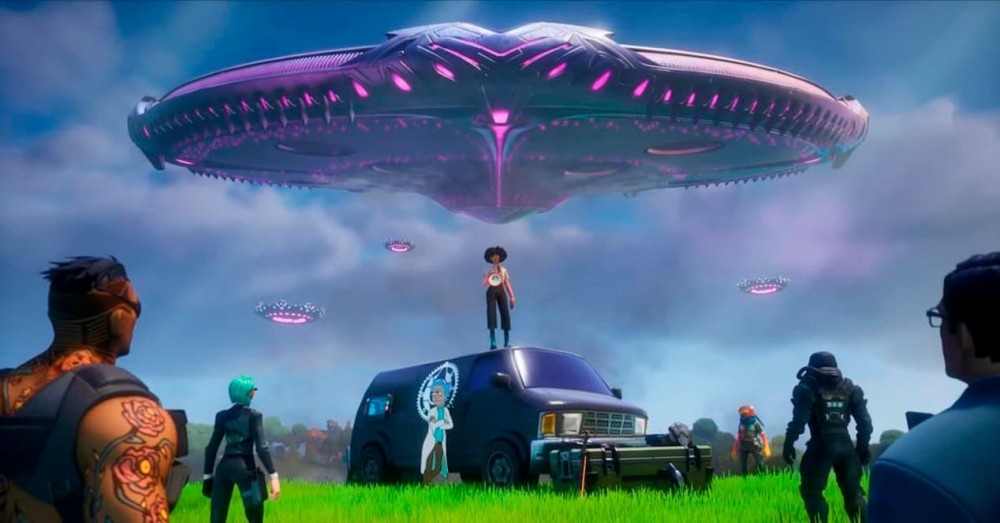 This game has a simple mechanic: 100 players land on an island and fight everyone against everyone and only one can achieve the victory of Fortnite.

If this game has stood out for something, it has been because of its way of improving itself. Not only was the game’s company, Epic Games, listening to the community and adding, removing or swinging weapons in a matter of days to the liking of gamers, it also added a new feature never before seen in online video games: organizing live events.

The incredible events of Fortnite

From launching a rocket, destroying map locations, to choosing which weapon returned to the game, or even taking down Galactus with the help of various Marvel heroes, most of these events were characterized by updating the game in real time and instantly, without the need for any kind of patch or update.

This marked a before and after in video games since no video game company had ever done anything like it before.

Heads up Saucers, this one’s a doozy!

Islanders should be on high alert. #HotSaucersLeaks

As this tweet from the official Fortnite account indicates , a call has been intercepted and troops are beginning to move west. Islanders are also advised to be on alert.

It is possible that this event has something to do with an alien invasion, since the main theme of this season is UFOs and abductions. In fact, since June 9, when the season began, there has been a giant flying saucer on the island.

Warning, this is unusual!

We just intercepted an IO call. Ground troops have begun to move west.

The Fortnite account also made another post on his Twitter. It is the same message as in the English account, but this time accompanied by an image that seems to indicate that there will be a change in some location on the map.

It is not yet known when this update will arrive, but Tuesdays are the days that Epic Games usually release patches to update the game on all its platforms.