There are many criteria on which we can base ourselves to choose our new mid-range smartphone and among them is the processor. This is in charge of moving the applications and different processes on the smartphone, which gives it special relevance. To choose from, we have among the most prominent options the Snapdragon and MediaTek chips that have earned fame based on good results.

It is difficult to decide in a sector of smartphones where there are more and more models, more processors and options. However, throughout history there has been a clear winner in this sector with its own name: MediaTek. While in the high-end Qualcomm Snapdragon has been the benchmark, in this field the battle seemed to be won, although not the war. What does AnTuTu say about processors in the mid-range?

To make the decision on whether one or the other semiconductor is better, we are going to look at the latest AnTuTu results, which show us the capabilities of the chips in this price range that does not exceed 600 – 700 euros. A way to have at our disposal data that would be very difficult to obtain if we have to look at the processor capacity, applications, games and different elements in each of the mobiles. 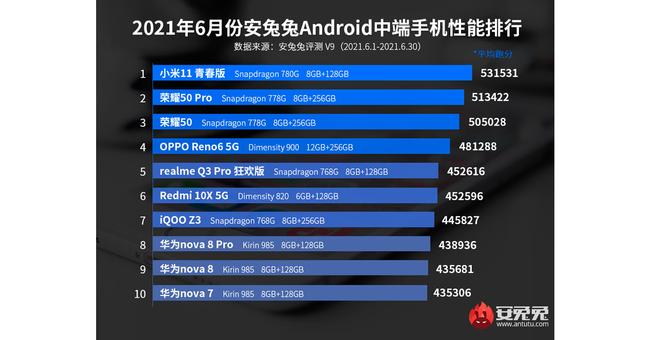 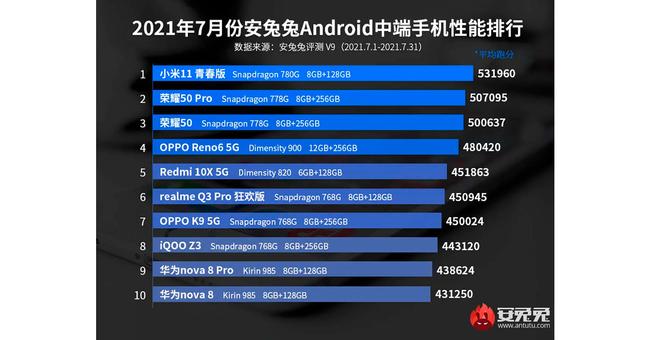 To begin we take a look at the table of the mid-range with which it ended last year, letting us see how MediaTek closed the year being a reference through the Dimensity 820. Next we see many options in Kirin and again Dimensity appears with this same processor how much we have seen in recent months. Qualcomm Snapdragon also snuck in with two Snapdragon 700 models, albeit pro behind its direct competition.

Next, we can see in different months of this 2021 that things have changed drastically. There are several smartphones in this mid-range with Snapdragon processors that have been in the top 5 this year. However, together with them we continue to see a great representation of MediaTek with the Dimensity 900 models as benchmarks, while Qualcomm manages to be a benchmark with the Snapdragon 778G and 778G, chips that have been enhanced to improve performance in 3D graphics and complex processes.

Qualcomm Snapdragon has focused on the mid-range

Previously and as the AnTuTu results have confirmed, the MediaTek processors had managed to earn the fame of being the kings in the mid-range, but however Qualcomm has put more fuel on the fire with those vitaminized versions of its 700 series. Now the choice it is more complicated and we could say that it is more difficult to choose than it has ever been.

It remains to be seen what both of them will do between now and the end of the year, but there is no doubt that we have two firms with us that are working to continue improving and that not everything has been said.

What chip should our mid-range carry?

Looking at the most recent results, we have to give Qualcomm the winner, however we must not lose sight of the best MediaTek options. The conclusions make us recommend the Snapdragon 780G, a chip that is in the Xiaomi Mi 11 Lite 5G and that will come to more models soon. You also have to think about the Qualcomm Snapdragon 778G, the brain of the Galaxy M52 or the Realme GT Master Edition. 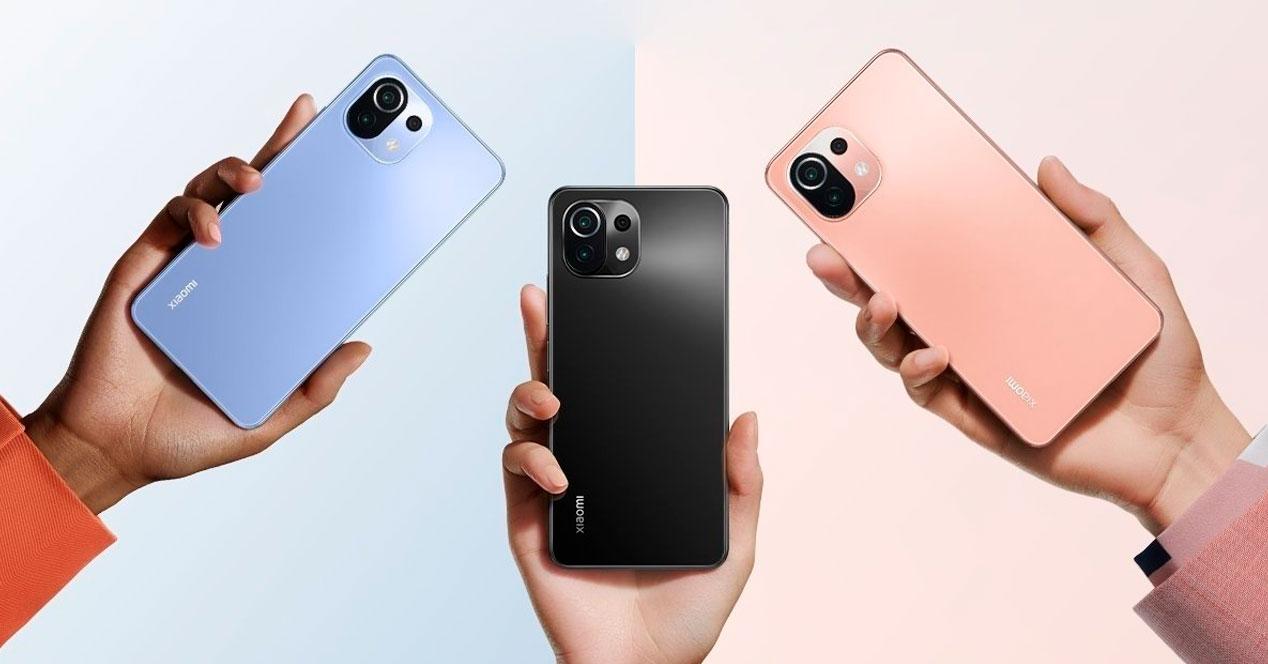 However, there are very few points in which the Dimensity 900 has remained below its adversaries, reason to think of the OPPO Reno 6 as our next mobile. The problem with MediaTek is that its best chips do not always leave Spain , something that happens with the Dimensity 820, as has happened with many others.