Today was the day marked on the calendar by Xiaomi, for the presentation of the new Mi 11 series. The Chinese company launches its new flagships before the end of the year, with the new Snapdragon 888 processor at the helm and not without controversy. We are facing the most powerful and advanced Xiaomi seen to date , but even if we are on December 28, it is no joke that they will indeed go on the market without a charger included in the box.

The iPhone 12 were presented last October, and Xiaomi was one of the brands that made fun of not including a charger in the sales package. It seems difficult to believe that only two months after the presentation of the Mi 11 since then, the Chinese company had not already decided the same, as to alert its CMs that the newspaper library could turn against them.

However, Xiaomi made a dent in something that many fans of the brand have not liked now. Not including the charger is something that is in full debate, and that even various consumer associations believe inadmissible, considering that the product does not arrive with all the necessary elements to function. 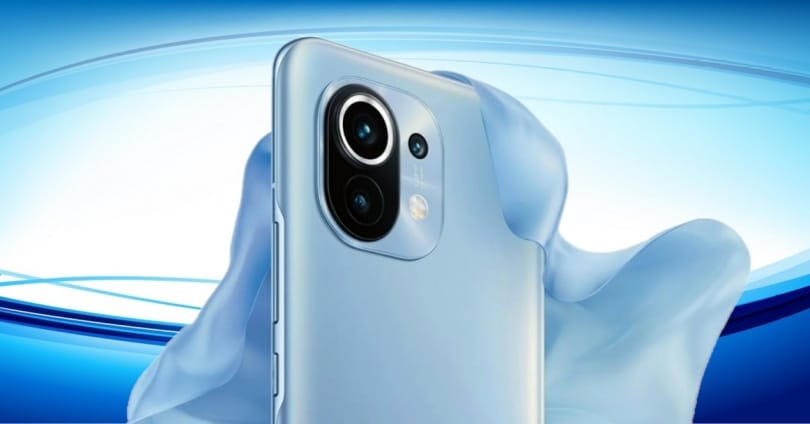 With and without charger

However, during the presentation of the Mi 11 something very strange has happened, and it “smells” of a certain last minute kickback. We say this because it is totally nonsense, and it is that Xiaomi will sell two versions of the Mi 11, one without cable or charger in the box, and another with the cable and the 55W fast charger, both for the same price. According to the firm, the difference is a thinner box in the first one, giving the user the opportunity to decide whether or not he needs the charger. As we say, the story is so chaotic that it sounds like some kind of last minute decision after the criticism received in recent days. However, Xiaomi Spain has been in charge of clarifying that for the moment, “this strategy is only for China”, since they still cannot confirm that it is replicated for the rest of the markets. New Mi 11, the most powerful of Xiaomi

Apart from this inconvenience, which will still give a lot to talk about, there is no doubt that Xiaomi has presented the Mi 11 as its most advanced terminals to date . In addition, we are facing the first series of the firm to integrate the powerful Snapdragon 888, something that was an open secret since the announcement of the latest Qualcomm chip. We also find an important change from the previous generation, and it is a new twist to the rear camera design, with a large module where we find two sensors together and a third sensor next to the LED flash. Xiaomi therefore abandons the vertical camera design of the Mi 10 series. 2K screen and bigger than ever

Like any new generation worth its salt, Xiaomi has added technical improvements to the Mi 11 that are up to the task. The terminal maintains the 2K resolution (3,200 x 1440 pixels) of the previous model on its OLED screen, but this time it increases the refresh rate to 120 Hz and a size of 6.81 inches. This screen is also compatible with HDR10 + technology and is once again protected with Gorilla Glass Victus, to increase its resistance to bumps and scratches. The panel has 515 dots per inch and a touch sampling frequency of 480 Hz. Xiaomi also boasts Display Mate A + certification, as well as 1,500 nits, higher than the iPhone 12. All the power of the Snapdragon 888

How could it be otherwise, Xiaomi kicks off its smartphones with Snapdragon 888 on the Mi 11 . We are facing the most powerful Android processor of the moment and the first commercial device that is presented with the latest from Qualcomm, which is accompanied by the Adreno 660 GPU and the X60 modem that gives it 5G connectivity. With this cover letter, Xiaomi assures that the Mi 11 has exceeded 745,000 points in the AnTuTu performance tests. The terminal has variants of 8 and 12 GB of RAM, and 128 or 256 GB of storage. The Xiaomi Mi 11 once again boasts a 108 megapixel sensor with 7 lenses, as the main camera within its triple camera module. This lens is completed by two other 13-megapixel ultra-wide-angle and 5-megapixel macro sensors. The Mi 11 has a computational photography system, which consists of an image capture and processing technique that uses digital processing instead of optical processes. This translates into superior potential when it comes to capturing images and their details, especially when the light is not favorable. In this sense, the Mi 11 integrates a new Super Night Mode, to capture more detail than ever in dark and poorly lit environments. The front camera housed in the front hole, reaches 20 megapixels.

But if a smartphone that is shaping up to be the most advanced of 2021 has to boast of something, it is its battery. Xiaomi is one of the companies that has advanced the most in this field. The Mi 11 has a generous 4,600 mAh battery, which is also compatible with 55W fast charging, 50W wireless charging and 10W reverse wireless charging. Although the power and charging speed is up to par, the Mi 11 does not reach the levels of the Mi 10 Ultra, which will continue to be Xiaomi’s mobile with the best fast charge, with its 120W. However, the Mi 11 can charge 100% of its capacity in 45 minutes. How could it be otherwise, we are facing a terminal compatible with 5G networks, stereo sound thanks to the inclusion of a double handheld speaker from Harman Kardon . Of course, the main connections such as Wi-Fi 6, NFC, Bluetooth 5.2 or USB-C connection are not lacking either. Of course and like almost all high-end terminals, we will not have a 3.5 mm headphone jack. The good news is that the terminal will hit the market with MIUI 12.5, Xiaomi’s new intermediate version before the arrival of MIUI 13, and that it is based on Android 11.

Xiaomi has announced many of the main novelties of this layer, such as a 20% faster general system speed, improvement in the application ecosystem and faster opening all types of applications. Xiaomi was even comparing this opening with iOS 14, to demonstrate its superiority. In addition, MIUI 12.5 will have a new desktop mode, highly anticipated and that increases the possibilities of productivity.

The Xiaomi Mi 11 starts at 3,999 yuan in its most modest variant, although all the prices that we will see, will suffer a price increase when they see the light in the old container. It will go on sale first in China in white, black, blue, gray and orange. The official prices are as follows:

Xiaomi has also unveiled the Mi 11 Special Edition, which has a different design, with a special back cover and the signature of the company’s CEO. In addition, the retail box is also different from the standard model, showing the colors of the device. It will go on sale on January 1 in a single variant of 12 GB + 256 GB at a price of 4,699 yuan (about 590 euros) The good and the bad of the Xiaomi Mi 11

It is clear that Xiaomi has shown its most powerful terminal to date. The Snapdragon 888 is the best standard to raise it as the fastest Android mobile of the moment. In addition, it has all the news of MIUI 12.5, which make it the most versatile terminal of the firm and increases the possibilities of interaction more than ever, thanks to its desktop mode. Also very remarkable is the large battery of the terminal and its fast charging technology.

Although this is something very subjective, many users may consider the Mi 11’s 6.81-inch panel excessive , the largest in the series to date and that no matter how much the frames are pressed, it will not be comfortable for some people. We have also missed that the Mi 11 was the first terminal of the firm to release a hidden camera under the screen, something that will have to wait while we continue to live with the holes to house the selfie sensor. However, in an entire flagship like this, we have indeed missed the 120W fast charge of the Mi 10 Ultra, and for the moment it will remain reserved for that device. Also, and although we do not know for sure, it is possible that we remain in Europe without the most powerful variant, with 12 GB of RAM, as well as the “Special” variant.

Xiaomi has us “badly accustomed” and for that reason, perhaps we also miss that the rear sensor of 108 megapixels, was accompanied by something more powerful than the 13 and 5 megapixel lenses that it looks. However, it must be said that we are hardened in this regard and that we always repeat that more does not have to be better.