It is undoubtedly one of the most common actions when we use the mobile in our home, leaving it on the table or next to the bed while we sleep. We have heard a lot of information about whether or not this action is healthy, but what is the truth about it? we are going to try to shed some more light on this issue.

The reality is that most of us have not met anyone who has experienced a fatal episode as a result of this practice, but that does not mean that it is necessarily good or bad, although like everything in life, measure and point medium is always recommended.

No, it is not bad for your health to leave it on the table

We have heard a lot of information over the last few years, some scientific ones, that related the proximity of the mobile phone while we were sleeping with health problems of all kinds, from tumors to brain problems. But nothing is further from the truth, since there are examples such as the FDA itself , the Food and Drug Administration, an agency of the US Government, has not found evidence of this type. In fact, he assures that there is no evidence linking the radiation from the telephones with certain cases of cancer , something that the agency does in turn mentioning the US National Cancer Institute. Therefore, throughout these years, no evidence has been found that relates the proximity of the telephone while we sleep with some health problems.

There is another risk

Therefore, today, any type of health problem generated directly by placing the telephone near us while we sleep can be ruled out. But there are other threats that can make it a bad idea to have the phone near us while we sleep. And it is that logically the phone is a device that, as we have known on several occasions, could suffer specific problems with the batteries . There are many cases that we have known in which the phones while charging have burned and have exploded with more or less virulence.

The number of cases is very small, but there is always the remote possibility that a battery in bad condition can give us a scare while we sleep, so seeing it from this side, we would have to be cautious. Now, to avoid this if we have no choice but to charge the phone on the bedside table, it would be best to use a slow charger, or activate some smart charging option that lengthens this throughout the morning with an energy input in the very limited phone. This prevents the phone from getting hot and minimizes the possibility of a problem of this type.

What we do before we sleep is more harmful

More than leaving it on the bedside table, what is really harmful is what we do with the phone before going to bed. And it is that a prolonged use of this before going to sleep that can generate certain health problems. 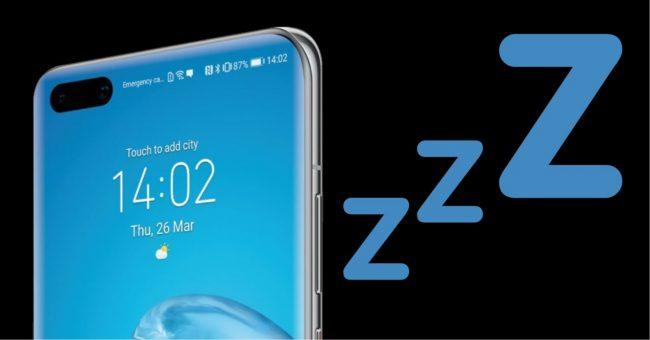 Especially because of the blue light emitted by the screens, which can alter our circadian rhythm and prevent us from resting properly at night. Therefore, there should be no problem in leaving the phone on the table, except for an unexpected turn of events, and above all we must worry about using it responsibly before going to sleep, not when it is on the table.