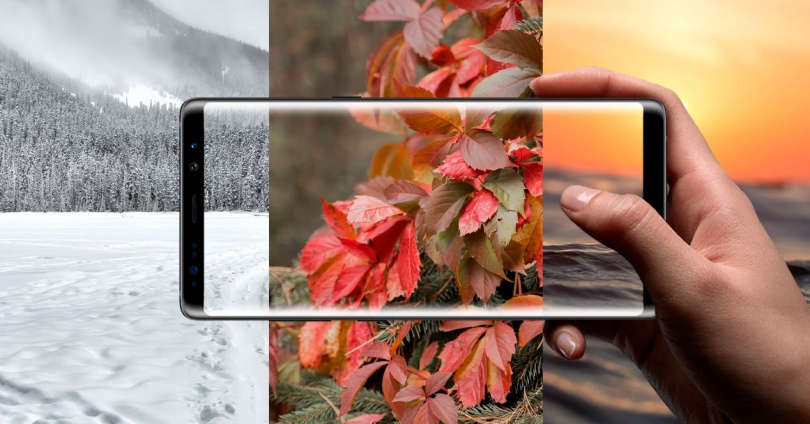 One of the key points in smartphones is undoubtedly photography, which has been gaining prominence at the same time that its technology has evolved to stand up to professional cameras. What seemed impossible before is now possible and part of those merits are due to the scene modes of mobiles , which give mobiles an infinite number of advantages when photographing.

Although mobile phones have many advanced options, those who understand the most or who least control photography end up using the classic camera mode in most cases. This, however, was not like this before, since the photographs we took with smartphones without adjusting any parameters were somewhat mediocre. Fortunately, technology changed this and allows us to use mobile phones today with better results.

All about scene modes on mobiles

To know the camera modes we have to go back to the beginnings of digital cameras, we are not referring to smartphones yet, but we go further. A few years where compact cameras brought photography to all pockets with a moderate size and with technology that facilitated good results, later reaching smartphones. Among those advantages to bring photography with good results to everyone were the photography modes that we mention now. Those beginnings of the modes that we saw in the cameras ended up arriving a short time later on mobile phones, which will allow us to enjoy their advantages. Mainly the operation of the scene modes is based on a system of automated advanced options, which allowed users to choose one of the many photographic modes available depending on what we had before our eyes. This was what it achieved was to apply settings quickly and instantly without the user having to enter the professional camera mode to adjust the shutter, the frame rate and the rest of the available elements.

To access the image mode we had to go to the upper part of the camera options, where we used to have a manual mode to choose the camera scenes. Although its advantages were and continue to be many, today it is very difficult to find a smartphone that maintains the eligible camera modes since a new evolution has reached the cameras of mobile phones. This does not mean that the camera modes have been eliminated, on the contrary, what they have done has been to evolve for the better, ensuring that it does not matter what we are going to photograph, because the ideal mode comes into operation automatically. The evolution of the hand of artificial intelligence has allowed mobile phones by itself to be able to recognize the scene and apply the perfect mode , the one that will get the ideal photograph without losing any detail. Little by little all the Android mobile brands and also the iPhone have integrated artificial intelligence to recognize what we are going to photograph and to offer us the best result without complicating ourselves, which allows us to take out the mobile and shoot quickly. Furthermore, in Huawei terminals, when a mode is activated, it appears as text for a few seconds, so that we know what options have been applied. Currently, therefore, if we want to make use of the scenes, we only have to have the artificial intelligence mode of the mobile camera activated. If in our case that mode does not appear, it is because our mobile even applies it automatically without the option to deactivate it, as is the case with most Android mobiles, differing from these the Xiaomi and Huawei terminals. For its part, the recognition modes also work in videos, managing to adapt it at all times depending on what we record. This allows us to record a sunset with the best result and after a few seconds turn the mobile and record people, although the camera settings to achieve it are very different.

The different scenes that exist

Whether our smartphone allows us to activate the camera modes manually or automatically through artificial intelligence, we are going to tell a series of scenes created by the developers for us. Each of them can be identified with the icons that we show you below and that we will mention later. These icons in some manufacturers are shown on the screen when activated, so that we can verify that the mobile knows exactly what we are pointing towards with the mobile camera. Trouble getting scene recognition to work

When we were the ones who decided the way to use, there were not many of the problems that we find now with automatic scene recognition on mobile phones, but now we sometimes have to live with errors that make it difficult for us to take the ideal photo. We will explain where the problem can come from and how to solve it on your smartphone.

Why doesn’t my mobile recognize the scenes?

If you have found that your mobile does not recognize what you want to capture and you are sure that it does not happen because of having the artificial intelligence option deactivated, we will have to delete all the cache files that our mobile camera has and so on retrieve option. To do this we will have to access Settings> Applications and view the system applications by tapping on the three points at the top. Once inside the camera app, we have to access Storage and clear the cache. These files that are accumulating could be blocking the use of the scenes or another error would be causing it. With these steps we will get the camera to return to the original state and this will not affect our photos or videos.

A scene is stuck

Another of the failures that affect users around this mode is when one has been blocked, no matter how much we point the camera at the sky or a nearby object, the camera is not able to recognize it. This error is easier to solve, we will only have to close the multitasking camera and reopen it, getting now, the artificial intelligence and the scenes do their job properly. On other occasions, however, we can think that the scene has remained fixed, but nevertheless it may be that what we are aiming at does not have a specific scene on the smartphone and reuses another to solve it. For example, the photography mode for dogs is not differentiated from others in many mobiles and it is normal that if it identifies a turtle, it applies the same scene as in dogs.

The option has disappeared

One of the “problems” that have appeared the most in recent times in forums and on social networks has to do with the disappearance of scene modes. The problem, as we have already mentioned a few lines earlier, is that this technology has changed and is now applied through artificial intelligence.

The use of special algorithms may imply that we do not have quick access to the photography modes to use them in a normal way, but, nevertheless, it still works even if no icon makes us see them.

Artificial intelligence has supplanted many options that were previously manual for our convenience and in this case none of the most recognized layers of customization still allows us to change the scenes at will, so there will be no way to choose them manually.