Home routers have more and more cores and are faster, if we look at the new routers with the Wi-Fi 6 standard, we can see that we already have with us processors for routers that are Quad-Core at speeds of 1.8GHz , something unthinkable a few years ago, and it is that as they incorporate technical improvements, the CPUs also improve. Is a router with a fast processor really worth it or will it work the same as a slower processor ? Today in this article we explain why in some cases it is, and in other cases it is not worth it.

The most powerful router processors of the moment

Router manufacturers use both Broadcom and Qualcomm chipsets to get the best performance from their routers. Both brands of chipsets have processors (SoC) of all ranges, from the mid-range, high-end and also top-of-the-range processors. One of the processors most used by manufacturers is the Broadcom BCM49408 , it uses 64-bit ARM architecture, has four cores and runs at a speed of 1.8GHz. This CPU model is used by top-of-the-range routers such as the ASUS ROG Rapture GT-AX11000, the ASUS RT-AX88U and RT-AX86U among other models from other manufacturers. This processor has NAT hardware acceleration, integrates a total of 5 Gigabit Ethernet ports, cryptographic acceleration when we use IPsec, and it also has Wi-Fi 6 compatibility and Multigigabit technology in case we incorporate an additional switch with this type of connectivity.

Regarding Qualcomm, we have the Qualcomm IPQ8074 , a processor with ARM Cortex A53 architecture, it is a Quad-Core running at 2.2GHz speed. This CPU has NAT hardware acceleration, support for Gigabit Ethernet ports, and we will see it in top-of-the-range routers such as the ASUS RT-AX89X, where we will have 10G Multigigabit ports and a total of 12-streams with Wi-Fi 6.

In this article we have already seen in different analyzes the excellent performance that the Broadcom chipset has achieved, a very new CPU that provides us with high performance. If you have noticed in our performance tests, we have achieved a very similar performance in LAN-LAN and LAN-WAN and Wi-Fi 5 tests with this latest generation processor, and other processors such as the BCM470X that have quite old routers like the RT-AC68U.

Is it worth paying a premium to have a powerful processor in a router?

A CPU with many cores (Triple-Core or Quad-Core) and a high speed (more than 1.4GHz) is essential if we are going to use certain aspects of a router, otherwise, with a Dual-Core router at 1GHz it is more That is enough to achieve high speeds in LAN, WAN and also in Wi-Fi.

If you want to achieve high transfer rates in reading and writing with the USB 3.0 ports that your router incorporates, a fast processor is essential. It is in this aspect where we will most notice the difference in performance of one processor with another. If we use a slow processor, the CPU will be 100% and it will not give more of itself when we are transferring data via Samba, FTP or when we use the DLNA media server. 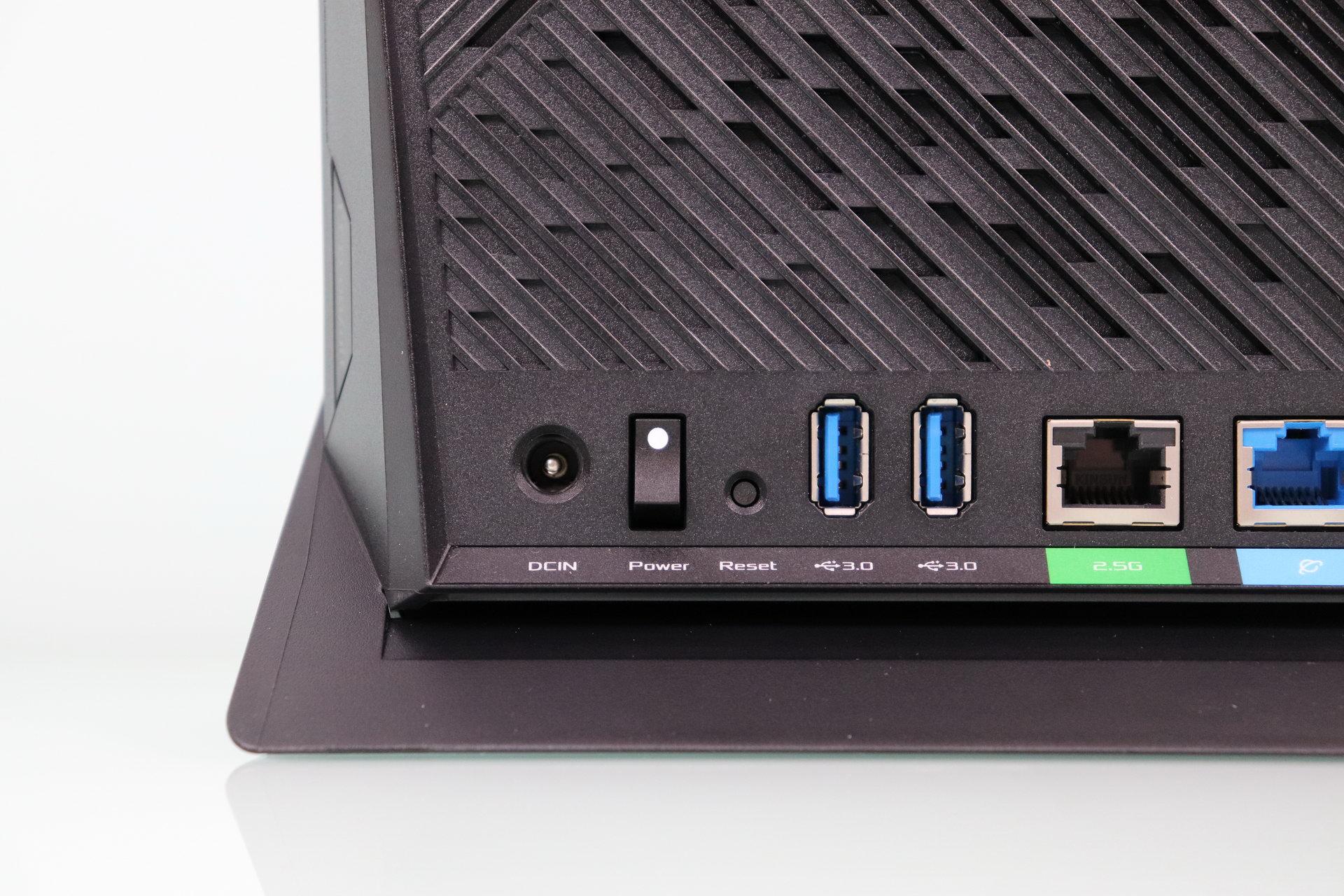 So that you can see how important this is, we are going to make a comparison of speed in reading and writing with a new router (RT-AX86U) with a Quad-Core 1.8GHz processor, and the old RT-AC68U that we have analyzed in this article .

As you can see, we get around triple the speed if we have a fast processor.

Performance if you use VPN

Home routers usually incorporate a VPN server, OpenVPN type or IPsec type, and in some cases, even incorporate both VPN servers. They may also have VPN clients to redirect all internet traffic to the remote VPN server, and from there go out onto the internet. The latter allows us to evade possible regional blockades.

As you have seen previously, the new processors incorporate IPsec hardware acceleration, this allows us to achieve better download and upload speeds, in addition to not having the CPU of our router continuously at 100% use, preventing or hindering the rest of the tasks. If you use OpenVPN, this acceleration is not available, but you will also notice a great improvement in the performance of VPNs. 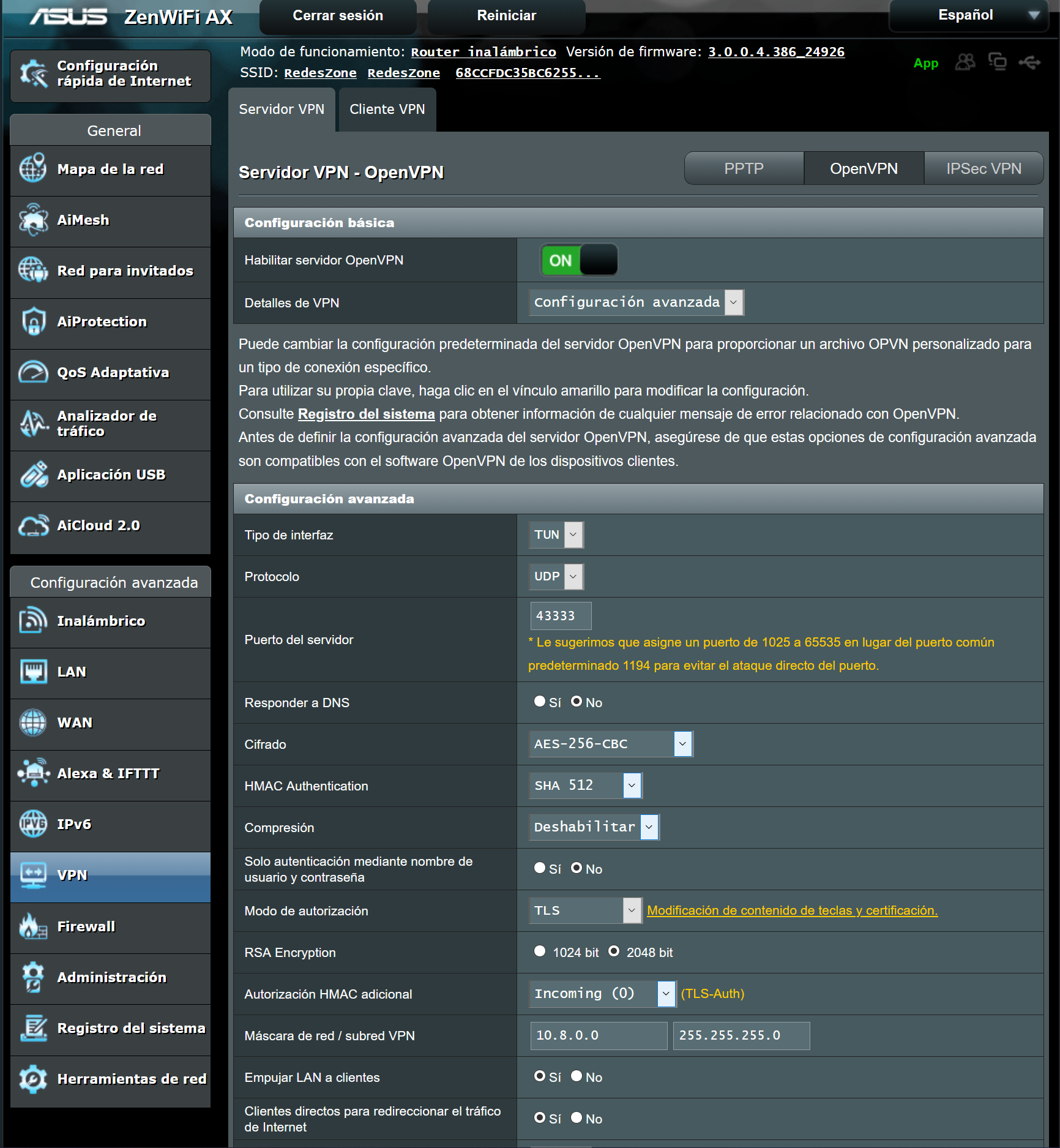 If we compare the RT-AX88U (our main router) vs the RT-AC68U, the VPN performance is significantly better in the case of the former. The RT-AX88U is capable of providing about 80Mbps download and 160Mbps upload. In the case of the second, the performance is around 25-35Mbps approximately. These values depend on the type of symmetric encryption and the OpenVPN server settings.

Currently all routers have NAT acceleration to have the maximum possible speed in the LAN-WAN and WAN-LAN tests, in this way, we can obtain speeds of up to 900Mbps real without any problem, and without hardly increasing the use of the processor, because this is done at the hardware acceleration level. If we disable NAT hardware acceleration, then that is when we will notice that CPU usage will increase when we are performing speed tests, downloading to the maximum of the line, and other intensive Internet uses.

In the event that, for some strange reason, you disable NAT hardware acceleration, you will notice a big difference in performance if your router has a slow processor. With slow processors it is very possible that you will not exceed 500Mbps of Internet speed, however, with fast processors you will achieve speeds above 800Mbps, but remember: you will have high CPU use because traffic management is done at the software level and not by hardware.

Other uses where CPU is important

If your router has a bandwidth limiter , a QoS to prioritize devices on the local network to improve latency in games, a security system that is responsible for protecting the computers on the local network by analyzing exchanged traffic to detect threats, and even a traffic analyzer and other software that may have its firmware and that affects the exchanged traffic, it is important to also have a powerful CPU.

In these cases, as we activate features in its firmware, a powerful processor in our router becomes more necessary, because otherwise, with high Internet speeds we will have a bottleneck.

And the LAN-LAN, LAN-WAN and Wi-Fi performance are not affected?

The one in charge of managing the LAN-LAN traffic is the switch that is inside the SoC (main processor), and does not depend on the processing power or the processor cores, as you can see in our analysis of old routers, we have We managed to exceed 100MB / s speed without problems in the different speed tests with a Dual-Core CPU at 800MHz or 1GHz. However, it is very important that the firmware is optimized and correctly handles this traffic, otherwise we will have poor performance.

As for LAN-WAN traffic, the vast majority of CPUs, even old ones, have NAT acceleration, this means that it is managed by a section of the CPU, and it does not matter if the processor is Dual-Core or Quad-Core, the performance you will get will be exactly the same. In this section it is also very important that the firmware is optimized and correctly manages this traffic. If you have ever noticed, when we do LAN-WAN traffic the CPU usage does not increase, because it is done by hardware. 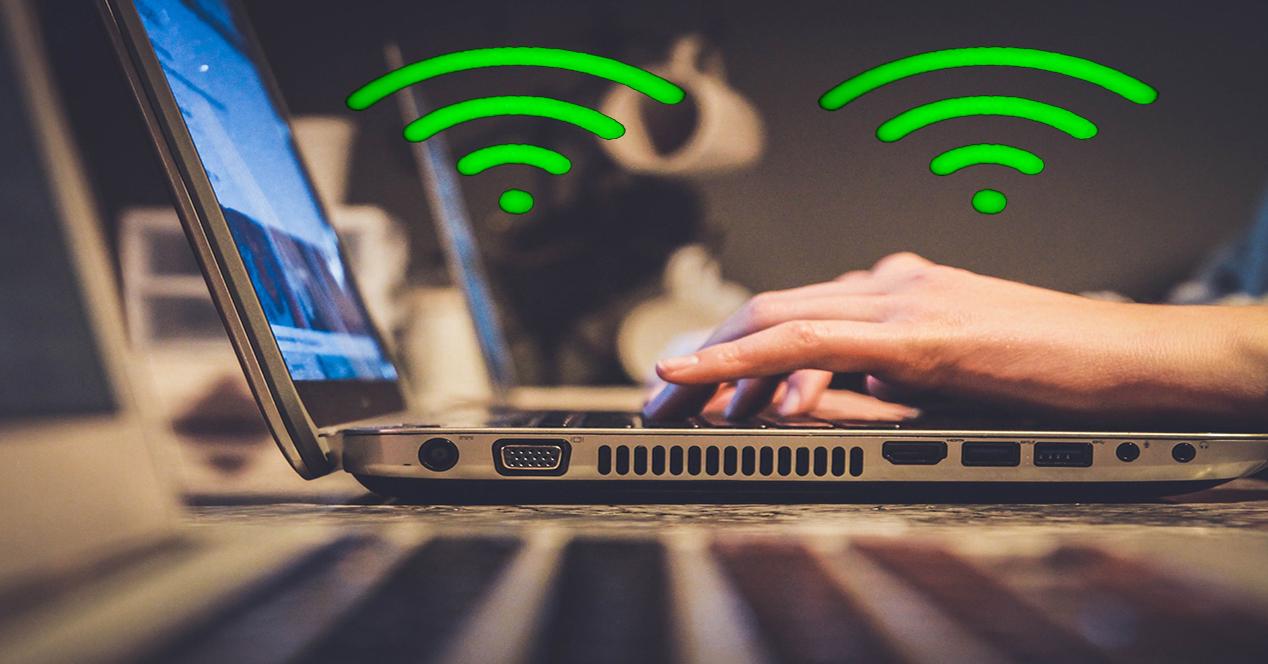 Finally, with respect to Wi-Fi, the different frequency bands have their own individual chipset, which correctly manages wireless traffic, although logically the traffic also passes through the main CPU. We have seen on multiple occasions how a router with a slower processor than another can achieve better speeds over Wi-Fi, precisely due to the optimization of the firmware and the use of these individual chipsets. For example, newer Wi-Fi 6 routers use the Broadcom BCM43684 chipset which is a 4 × 4 MU-MIMO.

As you have seen, having a fast processor is important for USB performance, VPN, download manager, DLNA media server and even if you disable NAT acceleration, otherwise, we will not notice a difference.