Probably the part of our mobile phone that we use the most is the camera . This is due to the fact that smartphones have increasingly better sensors to take a photograph at the level of a traditional camera. But it is possible to increase the quality of the images even more thanks to the GCam.

The Google camera is “exclusive” software for the smartphones of the American company. Although this can be downloaded to practically any other Android device as an APK, which is really useful, since it achieves much better results than those you would achieve with your mobile camera. In addition, you will get rid of slowdown problems when taking photos. However, as we have indicated in the previous paragraph, despite the fact that the vast majority can run the application, there are some cases that do not allow its installation. The reason why this happens is because the GCam has certain requirements that your device needs to be fully compatible with it.

Google photography software is intended for use with Snapdragon processors . This does not mean that the fact that your terminal has a CPU from another firm will not run the application, but it does mean that its performance and results will not be optimal and differential respectively.

Some of the manufacturers that do not usually incorporate a Snapdragon chip in their phones are Huawei, Honor and Samsung. The first two usually use a Kirin processor, while in the case of the South Korean company the performance is provided by an Exynos chip. On the other hand, if your smartphone brings a MediaTek with it, it may take greater advantage of the capabilities of the GCam.

Another requirement that your device must meet is that compatibility with API Camera 2 is partial or complete. This means that the company that makes the phone must have unlocked the communication connection between the hardware and the photographic software.

Checking it is objectively simple because an application will confirm if the terminal is compatible. The app in question is Camera 2 API Probe . All you have to do is install and access it. When you enter you should look at the ‘Hardware Support Level’ section . If within it one of the sections (or both) called ‘LEVEL_3’ or ‘FULL’ is in green, it means that your mobile has API Camera2, so you can comfortably use GCam. 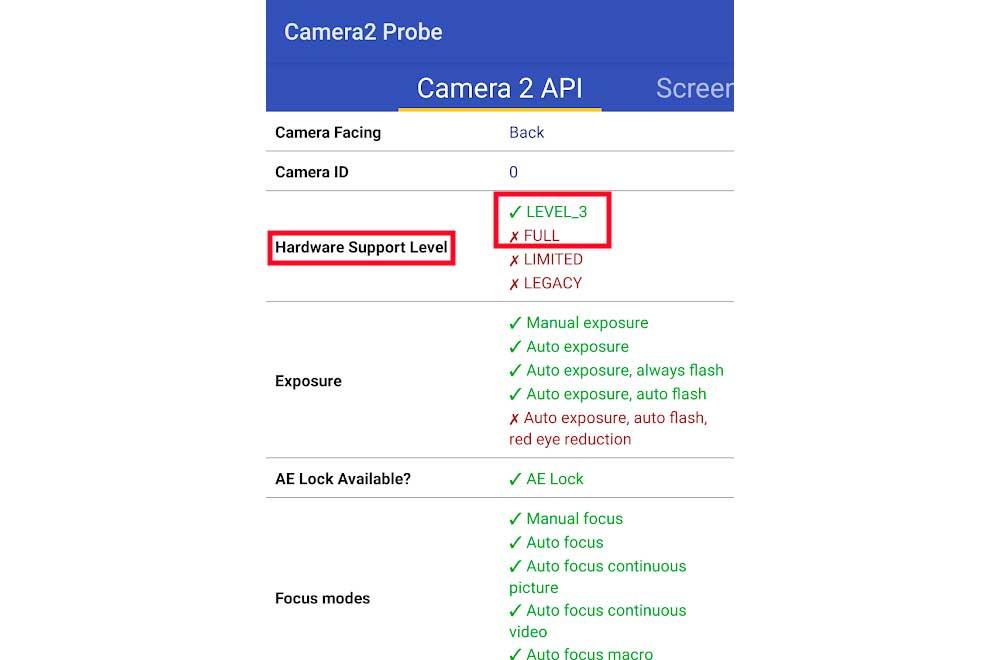 On the developers’ page you will find a list with all the versions of the big G software. There are an immensity of them, but if your smartphone has Android 9 or lower it is advisable that you opt for version 7.1 of the GCam. From here everything is based on testing. An older one will mean that you will not have the most current functions at your disposal, but without a doubt, it will work much better.