The streaming game is no longer the future. It is the present. Instead of having to buy a top-of-the-range computer, it is possible to hire certain services that allow us to process the game on your servers so that we can play on our PC, or any device, at maximum resolution and with all the quality in a stable way and free of lag.

A few months ago saw the light of day Stadia, the streaming service of Google. Despite being a most promising service, its launch has been full of problems and complaints. For example, in addition to bringing a large amount of lag, having a very poor catalog and giving connection problems, users have to pay again for the games they already have if they want to play them in streaming. A very rare business model that undoubtedly leads Stadia to failure.

NVIDIA has been experimenting with a gaming service similar to Stadia: GeForce Now . This gaming service dates back to 2017, was exclusive to the United States and also had its own game store and a very limited catalog. However, in the presence of Google, the graphics giant has decided to take a step forward, resolving user complaints and offering products that, this time, may be one of the best options to play in streaming.

This is NVIDIA GeForce Now

GeForce NOW is a streaming game service. This platform allows us to run any game on our Windows computer, on macOS (even if the game doesn’t work on a Mac), and even on Android without having to rely on any hardware. All games run at maximum quality and resolution and have the latest technology, such as Ray Tracing. Unlike Google Stadia, which forces you to buy the games in its own store, GeForce NOW allows us to log in with our Steam account , Epic Store and other platforms to play free games that we already have. In this way, if we have already bought the game in the past, we will only need the client of this platform, and an Internet connection that will depend on the quality we want to play:

This service is completely free, although with some limitations, such as maximum sessions of one hour. If we pay 5.49 euros per month we can unlock the full potential of this platform, such as priority access to servers, 6 hours of uninterrupted gaming, 4K resolution with HDR and RTX . In addition, we can get a free 90-day trial of this service.

All we have to do is download the client from the following link , install it on our computer and, after logging in with our NVIDIA account, we will be ready to start playing this platform.

Once we are in the service, we can start using it. As we will see, at the top we see a search engine from where we will be able to find the games we want to play. 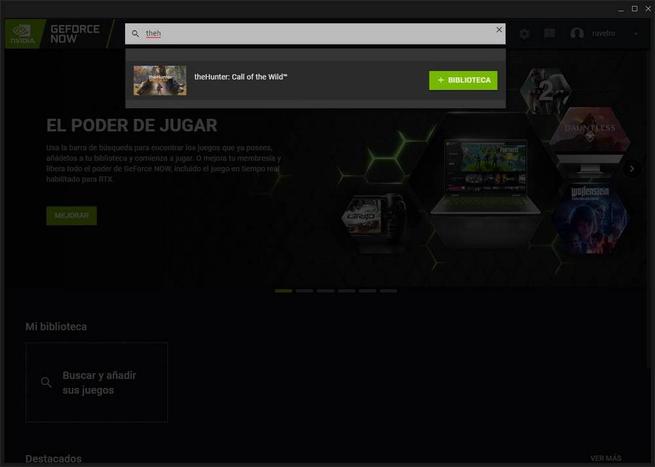 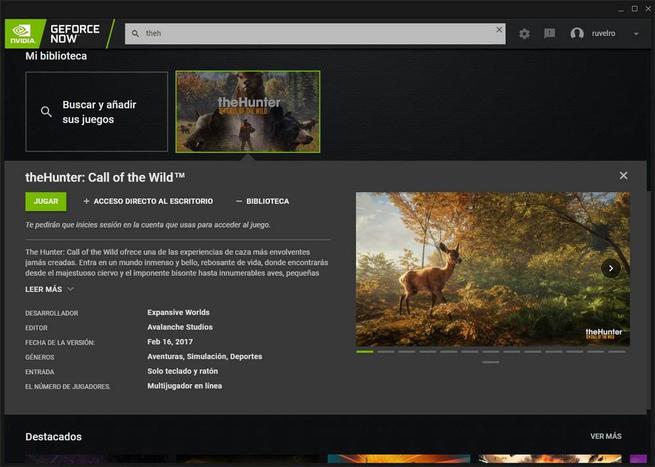 The list is still somewhat limited, but little by little it will be expanded until you have virtually the entire Steam library available.

Once we select the game we can see a complete card of it. And, from the “Play” button , we can run the game in question. The program itself will analyze the network and, if everything is correct, will start the streaming session. 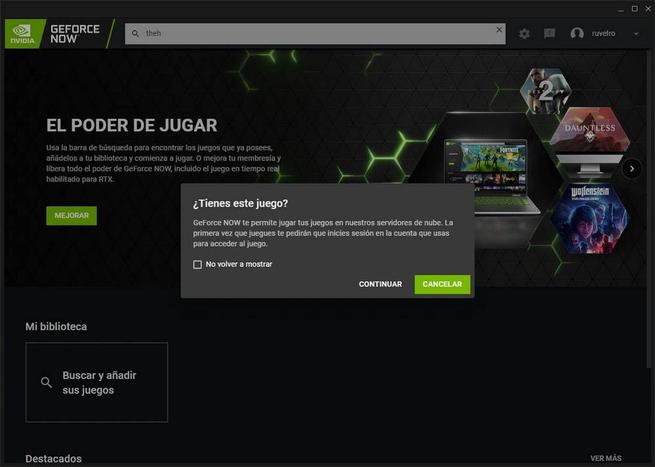 In order to play, if we already have the game, we will have to enter Steam from the GeForce NOW remote session. We enter our data and we can see a Steam window. We remind you that it is not running on our PC, but it is done remotely on NVIDIA servers.

We click on “Play” and voila. You may ask us to download the game. We accept it, but the game will not download, but will simply be validated on the server and, after a couple of seconds, the game will start.

As we see, the game is running inside GeForce NOW , not on our PC. The only thing for which the graphics card and the CPU is used is to maintain the connections and decode the image and the sound that we receive through the Internet.

If we want to change the game, we must close the session, search again for the game that we want in the search engine and enter the game again.

Of course, we can adjust the parameters regarding quality and warnings in case of connection failure from the NVIDIA GeForce NOW client configuration. 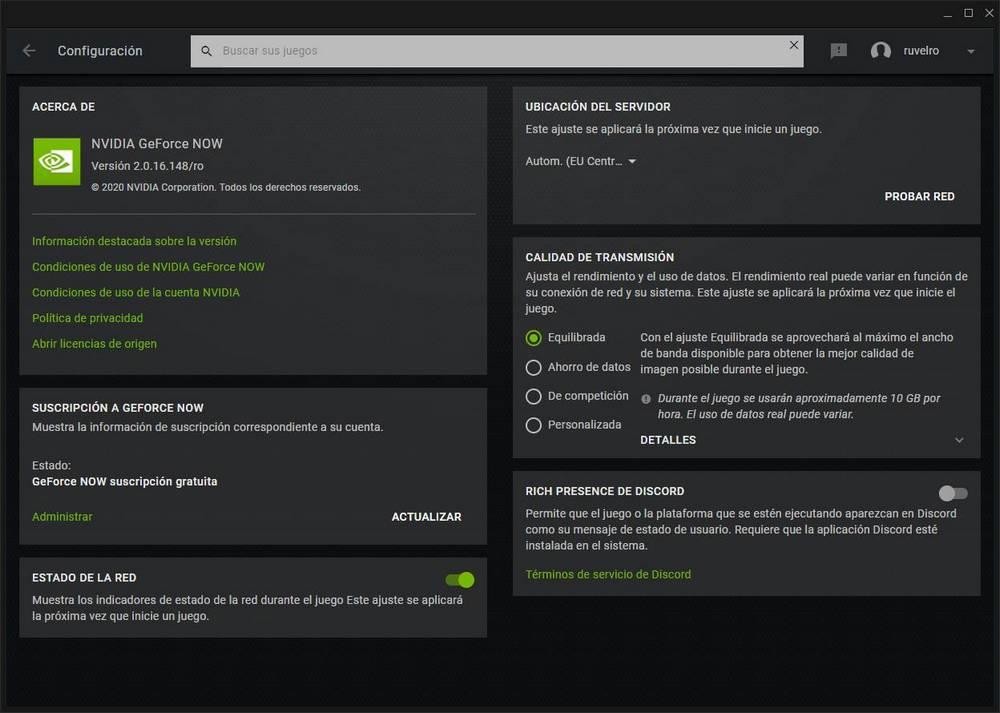 Of course, we are facing a product superior to Google Stadia. At least NVIDIA has not disappointed users by promising certain features and offering a totally different and inferior quality product.

What we should keep in mind is that GeForce NOW is not perfect , and has many things to improve. For example, if we have an ultra-panoramic monitor (21: 9), we will have to play with the black stripes on the sides, since it only supports 16: 9 ratios.

We also miss the possibility of directly adding our entire Steam library to the program instead of having to search for all the games one by one. This may come later, but for now, it is a lack (and an important one, too).