There are times when you may find that your PC smells “funny”, especially if you notice a burning smell. Obviously when we talk about a PC like any other electrical appliance, the smell of burning is usually not a good thing, but in this article we are going to delve into the matter to explain whether or not you should worry and if you should do something about it.

As a general rule, a PC should not smell like anything; electrical appliances are made of inert materials that do not smell the smell generally occurs because matter changes state, or in other simple words, because something has burned, and this as you will understand is not a good or desirable thing in a PC . 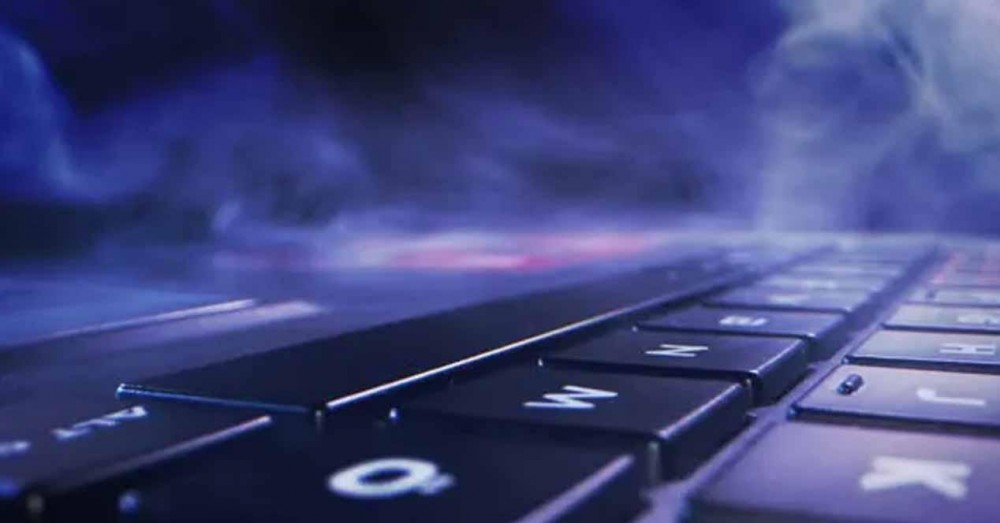 The smell of new components

Before delving into the smell of burning, you should know that when the components are new they can give off a certain characteristic smell, what we call “new smell”. Before we have told you that electronic components are made of inert materials … but that does not really mean that they do not use some volatile organic compounds that are precisely the cause of this smell when the hardware is new. 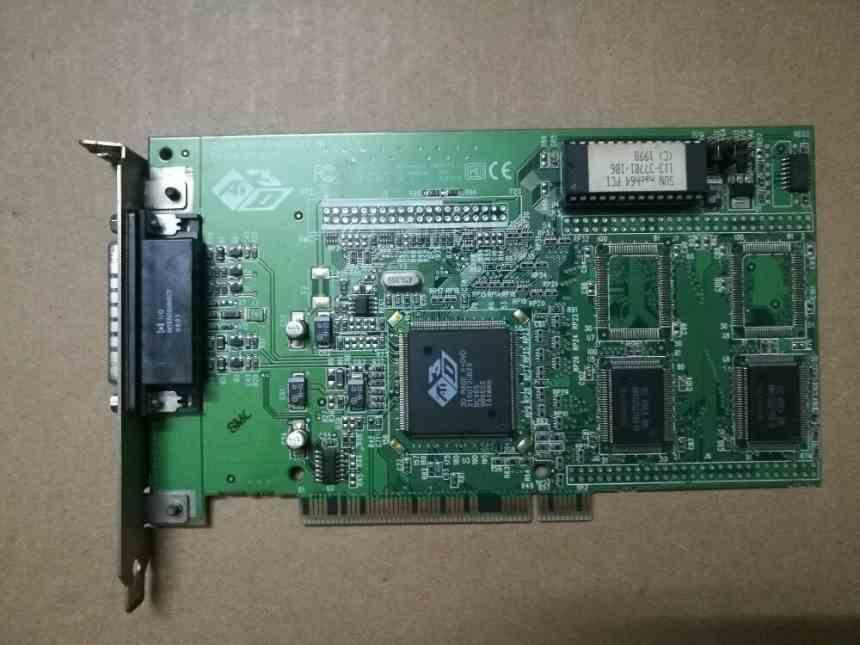 For example, in a graphics card different materials are used for its manufacture such as fiberglass in the PCB, synthetic resin, tin solder, plastic, glue, and a long list of materials. Each of the products that have been used in its manufacture gives off a specific odor, which is increased when the component is heated when it is put into operation.

It is also possible that during the manufacturing process of a certain component, preservation methods have been used that imply that, with the passage of time (imagine that the product has been put for months in a plastic blister before reaching your hands) , the organic compounds have been evaporating and, the moment you connect it, that evaporation increases because of the heat.

This is something completely normal and what you should not worry about at all, since the compounds are harmless for humans and also the smell disappears after a few hours of use. Another thing is, obviously, the characteristic and easily recognizable smell of burning that is what we are going to talk about now.

Why does your PC smell burning?

When we talk about electrical appliances such as the PC, the smell of burning is automatically associated with the fact that something bad has happened and some component has broken down, but this is not always the case. Imagine that you have a laptop for example, which suddenly begins to give off a certain burning smell but you do not see smoke coming out from anywhere and, in fact, if you monitor the temperature you see that it is normal. Why does it smell burning then?

It may happen that, simply, the dust accumulated inside has created a soot fluff that, with the air pushed by the fans, has moved to a warmer area (for example, right in the heat pipes of the GPU) where Its organic matter has begun to decompose due to the heat, generating that burning smell that we fear so much. However, this is not of concern as a kind of pyrolysis has actually occurred in which the soot has decomposed and been removed. 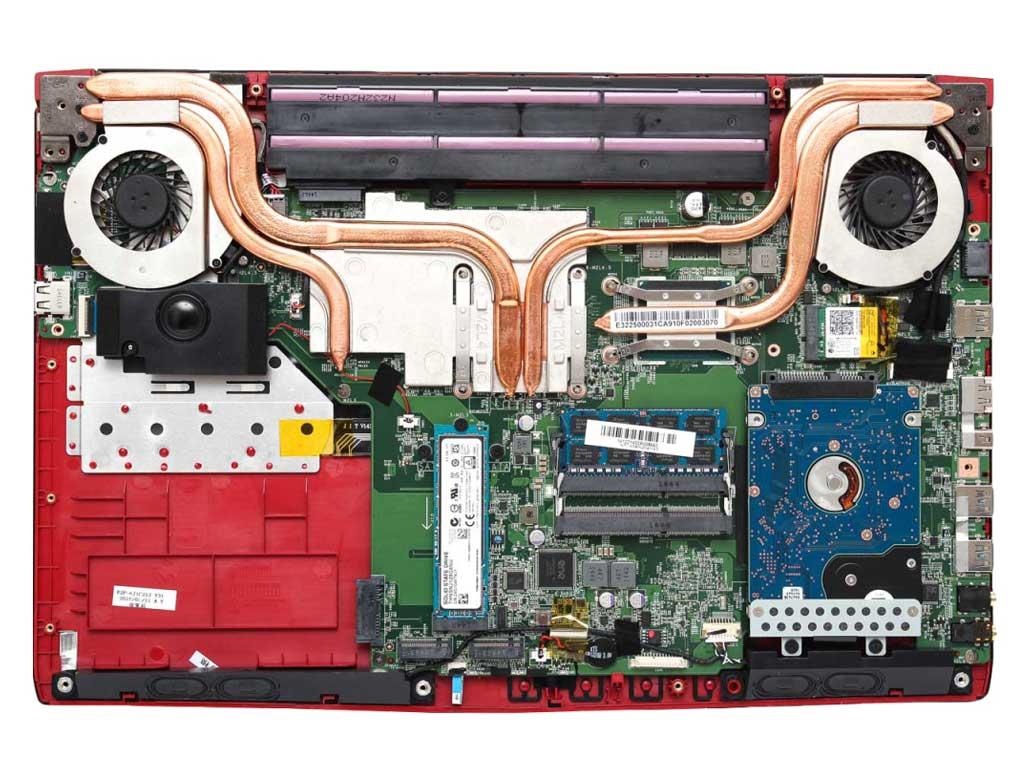 The same can happen in a desktop PC and very especially in the power supply, which is why the power supply is one of the components that has the most ballots to smell burned at some point. It can also happen that instead of burnt dust, some particle or even a tiny mosquito has entered, absorbed by the air flow of the equipment, and that it has ended up being calcined in one of the hot spots of the equipment. This is obviously not a good thing in any case, but it is also not something you need to worry about excessively.

Then we have the most obvious part of this: if the PC smells burning, something has burned . Of course, it is not something usual or a good thing, and if the PC starts to smell burned and it turns off, something is definitely wrong, but if it smells and even so the computer is still on, there are a number of things you should do and check before determining that something has gone wrong.

What should you do if the PC starts to smell burned?

As we have already mentioned, when the PC smells of burning it means that something has burned and you should definitely take action on the matter. The first thing that we recommend that you do is that, if the PC has a burning smell but it has not been turned off, that you turn it off, open it and perform a thorough cleaning inside since this way you will be able to check if there is soot that is producing this odor (and it is also sure that it does not hurt a periodic cleaning to promote better cooling and quieter operation).

Take advantage of and carry out a visual inspection of all the capacitors of all the components to check if there are any swollen or perforated; If you find any in bad condition, you should change the component as soon as possible. 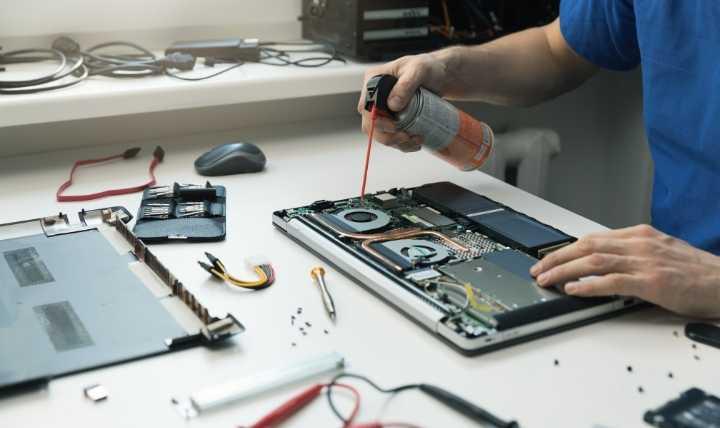 After thorough cleaning, reassemble everything, turn on the PC, and see if it still smells. Whether you still smell or not, it is essential that you install some monitoring software and that you check that the operating temperatures and voltages are within normal operating values, otherwise it may mean that something has burned and is not working as it should.

For example, a power supply may be having a problem with one of its many capacitors (which is the first component to actually burn out), and despite giving off a burning smell, it can still work. Obviously if you detect this you should change the power supply as soon as possible, and in fact we do not even recommend that you turn on the PC if you see that any component has a bad capacitor.