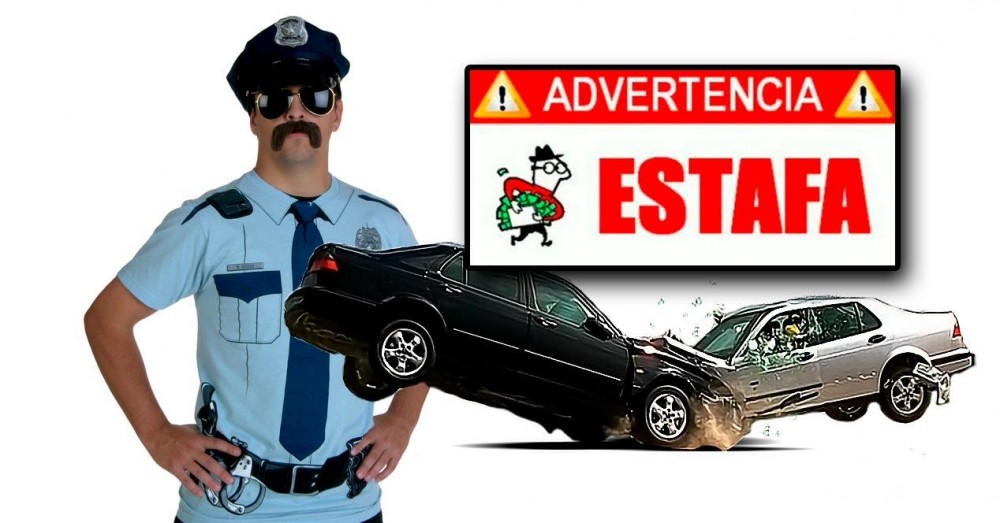 Phone scams seem to sprout like mushrooms and it seems really difficult to end them until there is a firm determination to do so. Alerts from the National Police, Civil Guard and other public bodies have a limited effect. For this reason, it has been necessary to toughen the laws and apply severe punishments to those who carry out this type of practice. Unfortunately, today we have to echo a new telephone scam in which they pose as the police and tell us that our son has run over a person . We give you all the details of this new alert after the jump.

Social engineering is a set of techniques that cybercriminals use to trick users into sending them data or money. As time passes and users become more informed about the dangers of providing data over the Internet or by telephone, this technique continues to work without problems. Cybercriminals create a context in which the user feels comfortable or is forced to give their data without thinking too much. The one that concerns us now is a clear example using a simple phone call.

Alert of a new phone scam

The Provincial Delegation of Citizen Participation of Alicante , dependent on the National Police, has reported a new form of telephone scam. In a statement that circulates on social networks, they have explained that it usually affects mainly people over 65 years of age and they ask for maximum dissemination. In the statement they have in detail the modus operandi of this scam. 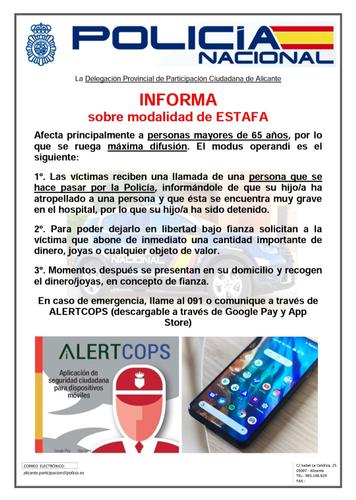 First of all, the victim of the scam receives a call from a person posing as a police officer . This informs her that her son has run over a person and that he is in very serious condition in the hospital. This would have led to the arrest of the son or daughter for having been involved in the outrage.

The next thing is to ask us for a bond to release him . The normal thing is that they ask us for a very high amount that we do not have in cash, so they explain that we can also pay it with jewelry or any other valuable object. If we agree, they will appear at our address to collect the money or jewelry for the false bond.

As we can imagine, it is all a lie. It is neither the police nor our son has run over anyone. The problem is that it can be credible, but if we have doubts, it is best to call us at 091 or communicate through the ALERTACOPS app. We can also ask them about the police station where our son is, even if it’s a lie, to stop by to ask.