Mars has always been a planet with hidden mysteries. Over the years it has become the challenge of many scientists because of the potential it may have hidden under the ice sheets at its poles. The continuous hypotheses of possible findings of subglacial lakes hidden under the ice sheet of the south pole of the red planet have been feeding the possibility that Mars had hosted life at some point in its history.

While Elon Musk proclaims from the rooftops that he considers it “vital to colonize Mars” and assures that SpaceX’s Starship will begin flying regularly to the red planet with a crew in 2023, the Perseverance rover continues to carry out its investigations on Martian soil since it landed on 18 May. February in the vicinity of the Jezero crater. While all these events are happening, ordinary people have to continue to settle for traveling to other planets through the best Netflix space series and other streaming platforms. And in turn, scientists continue to find new clues as to what might be on Mars. What is at the poles of Mars?

Liquid water is impossible to appear on the surface of Mars due to its thin atmosphere and scientists continue to investigate where on the planet it can be found underground. Although MARSIS, an advanced radar for surveying the Martian ionosphere and subsoil, has been orbiting the red planet since 2003, it was not able to find evidence of the existence of an underground lake until 2018.

After the discovery of four subglacial lakes, in 2021 a recent study published in Geophysical Research Letters points out that the signals from the MARSIS radar were not underground lakes but clay deposits. Isaac Smith of the Institute of Planetary Sciences and University of York in Toronto, Canada issued a statement saying that “our paper offers the first plausible alternative hypothesis, and considerably more likely, to explain the MARSIS observations.”

After this discovery, the scientists decided to focus on minerals known as smectites, a type of clay whose composition is close to that of a volcanic rock. Although they look like ordinary rocks, scientists confirm that they were formed a long time ago from liquid water. However, this new clue does not categorically prove the existence of water on Mars. There are indications that the planet was humid, but it was not always like that. According to experts, it only had episodes in which it harbored flowing water, says Smith. 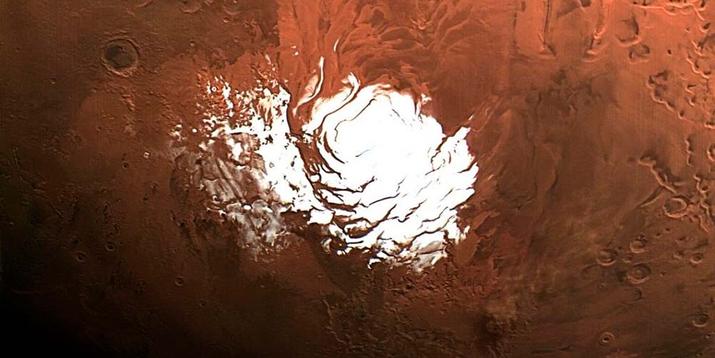 The crater where the Perseverance rover landed last February may be an ideal place to find life on Mars. Their study can shed new light and provide new clues to what the neighboring planet hides. Located in the northern hemisphere of the planet and 45 kilometers in diameter, the Jezero crater is estimated to have formed 4,000 million years ago. The scientists suggest that the water transported clay minerals from a delta to the lake up to the crater, which is why it is possible that microbial life would flourish during the ‘wet period’.

The data provided by Perseverance will help the scientific community try to figure out how this region formed and evolved from rock samples collected by the rover. Rocks probably about 3.6 billion years old, which may provide answers to questions that do not yet have it about the formation of the red planet.

Mars does not have a magnetic field or an atmosphere to protect it from external agents, so the Martian surface is constantly hit by micrometeorites, space dust particles that on our planet are harmless and become shooting stars. Furthermore, ultraviolet rays from the Sun and ionizing radiation from space make living on Mars unsafe for future Earth explorers.

The red planet has large underground caves and tunnels formed by ancient volcanic flows located a few meters from the surface. In addition to the countless projects and prototypes of houses that exist to live on Mars, these caves could be the key for future inhabitants of Mars to protect themselves from radiation. This Hawaiian lava tube could be similar to Martian caves. 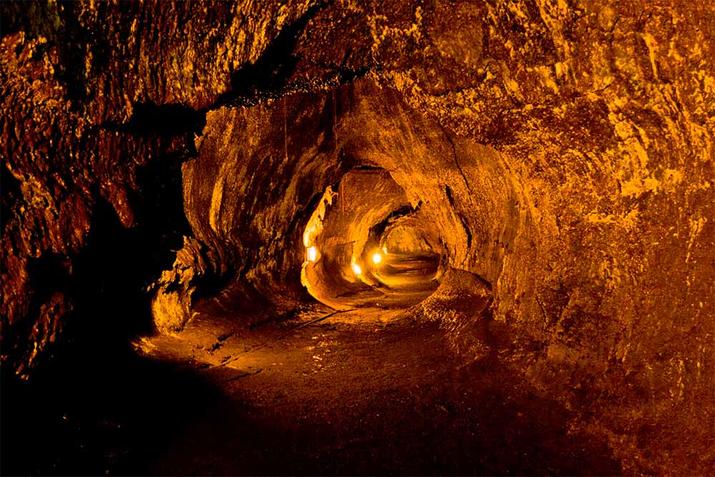 A Spanish researcher named Daniel Viúdez-Moreiras belonging to the Center for Astrobiology (CSIC / INTA) and the National Institute of Aerospace Technology, has calculated the amount of radiation that could enter the interior of these caves at various locations on Mars. In a recent study published by the journal Icarus, Daniel indicates that “inside the caves there would be 2% radiation of what can be found on the surface, that is, low enough to be relatively safe.” The researcher believes that future missions to Mars should have as their main objective the exploration of the interior of its caves.