To make software programming on Windows easier, Microsoft offers developers a framework known as .NET. This is one of the most important components of Windows, since thanks to it users can achieve a simple and scalable programming of programs and games, especially of everything that has network functions. Microsoft is constantly working to improve and facilitate programming in its infrastructures. And a few months after the arrival of version 5.0 of NET, today Microsoft surprises us with the first preview of .NET 6.0. .NET 6.0: a transition to mobile programming

The new .NET 6 is not going to be a final version, but rather a transition to achieve Microsoft’s goal of creating a universal development platform for Windows. This objective will finally be achieved with the arrival of .NET 7, about which we could learn more information for the second half of the year.

At the moment, one of the most important features that the new dotNET 6 brings us is a bit unification. That will allow us to use the .NET SDK to create mobile applications from Visual Studio and Visual Studio Code, but with a much smaller and more optimized SDK. In addition, the mobile SDK will be optional, so we can optimize our IDE avoiding loading unnecessary resources. 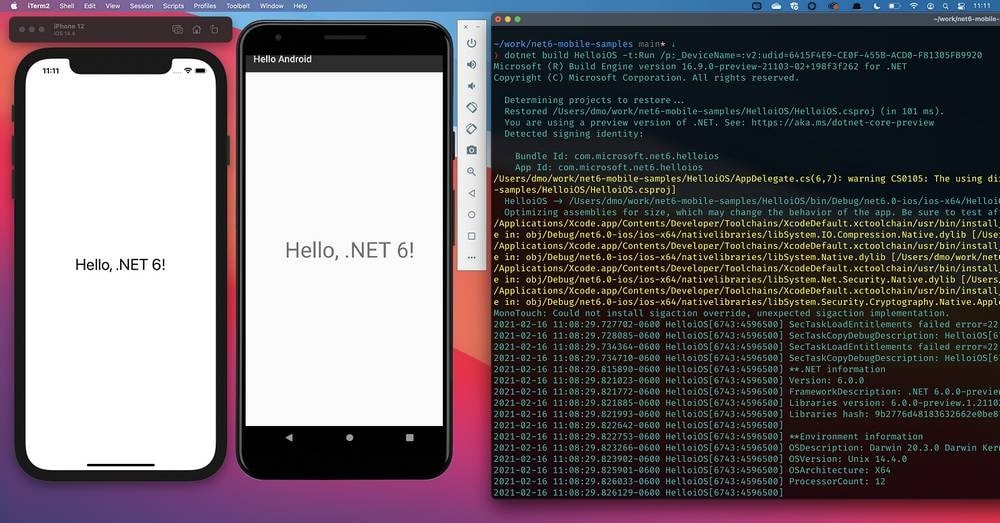 Microsoft has also decided to open its SDK development schedules to the public so that everyone can closely follow its evolution. At the moment this platform is merely informative (we cannot send requests), but we can access it from here . Of course, it is based on GitHub Issues.

The new cross-platform Xamarin- based interface has also received a host of enhancements. Microsoft has made it easy to share code, focusing primarily on optimizing performance and offering a number of control themes to provide “faster development experiences.” For now, this is only compatible with Android and iOS, but it will arrive on Windows and macOS in future previews. This new version also allows you to create Blazor desktop applications , widely used by web developers who want to offer desktop applications with offline functions.

Other changes that we can find in this new Preview of .NET 6 are:

If you want to know in depth all the changes and all the characteristics of this .NET 6, you can read it on its blog . Of course, it is not a precisely light reading.

Do you want to try .NET? Download Preview 1 for free

This new framework is still in a very early stage of its development. Microsoft still has a long way to go to finish implementing all the new features of this version and correct many of the errors that can be found in it.

However, if we are programmers and we want to get to this new version, we can have a first contact with Preview 1 by downloading it from this link . The final version should arrive in November 2021, as happened with .NET 5. And from there, the development of version 7 will take much more force.