There are many, many space missions that have been done throughout history to try to better understand what is outside our planet. Currently there are satellites like those of SpaceX in orbit that do not stop sending information to Earth, in addition to those of other companies. One of NASA’s latest missions involves using a robot to search for life on one of Saturn’s moons.

It is about Titan , which has many similarities with respect to our planet. It has a thick atmosphere and we are aware that it has rivers, seas and lakes . However, all of these are not filled with water, but with liquid methane.

There are chances to find life

All these similarities open the possibility that this moon harbors life , albeit in a different way than we know today.

Therefore, to try to solve this mystery, NASA is sending a robot to Titan in the middle of the next decade. The objectives to be achieved have already been established and the mission has been baptized with the name of Dragonfly.

The robot that will be used will be a kind of helicopter that will be an evolution of NASA’s Mars Ingenuity, which was the first human-made vehicle that could be flown off Earth. 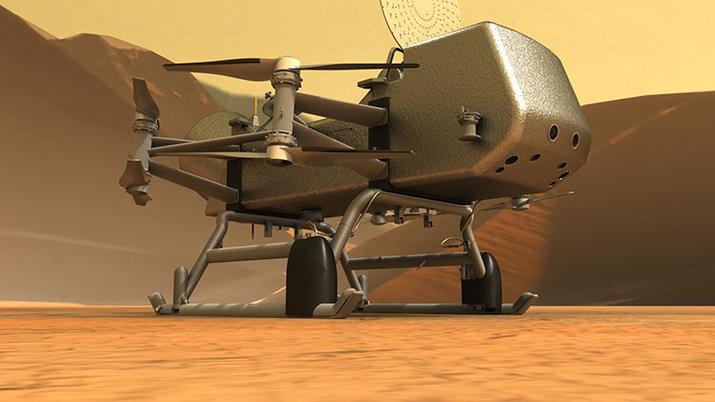 It will be able to move easily along the surface of the moon, collecting samples as it moves along. The main objectives of the mission are the following: see if there is life, see if there ever was life and see if there is a possibility that in a future Titan will harbor life.

The last mission carried out on Saturn was made by the Cassini probe, also from NASA. For this mission on Titan the range of questions is very wide because what happens on the surface is unknown.

Many years remain for the mission

The team already knows where the robot will land: the sand dunes near Titan’s equator. It seems like a good place to start looking for both chemicals and possible life forms. In addition, in this place you can also collect samples of the sand before advancing to other sites. 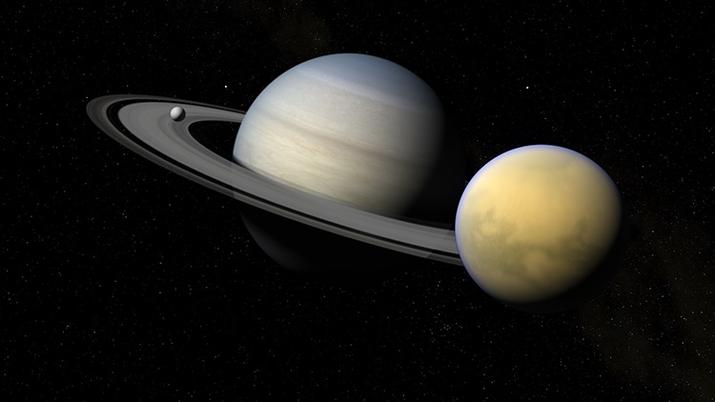 The ship will stay for one day in each region of Titan. But keep in mind that a day on Titan equals 16 on Earth. The last place the robot goes is expected to be an 80-kilometer-wide crater, rather than a place where water mixed with other elements on the moon is likely to be found.

The launch of the mission will not be done for another five years, but it will not arrive until at least the year 2034 to Titan. Along the way, your system can be used to take spectacular images of the Solar System and space.