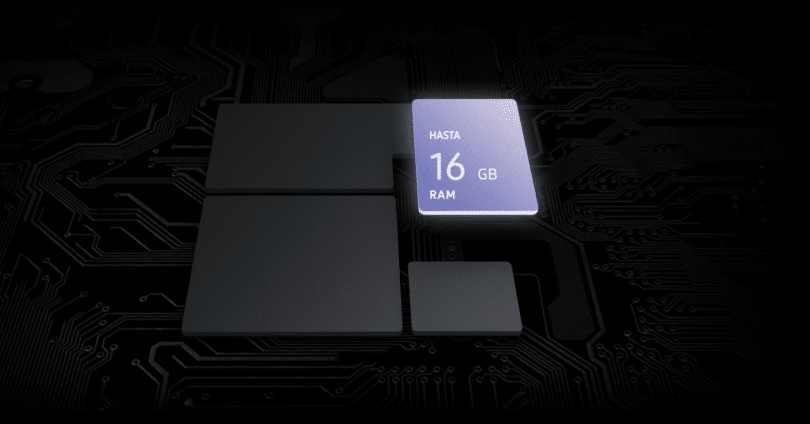 Within the technical speciations that many terminals boast, RAM memory usually occupies a secondary place. On our site we have already seen that having a lot of RAM may not be the most important thing today, but it is certainly a bet for the future. However, we have more and more RAM memory in our devices. The 8GB of RAM is already almost a standard in the mid-range, but only the elite offer capacities of 12 GB of RAM, while it is also possible to find terminals with 16 GB of RAM.

If one of your priorities is RAM, you’re in luck, because we’ve dived Amazon to find the best phones (sometimes at a great price) that have outrageous RAM, with a minimum of 12 GB of RAM . The options with 16 GB of RAM are more limited, especially in the European market, but there are firms that have also jumped into the pool. It must be borne in mind that given the current pace of market advance, which today is wild, it will be a standard of the mid-range in less than two years.

We wanted to start with the Realme X3 SuperZoom, because it is the cheapest option on the entire list. The terminal can be purchased right now for 379 euros, and has 12 GB of RAM, backed by a Snapdragon 855+, in addition to 256 GB of internal storage. We are facing a beast of the quality / price ratio, difficult to beat at the moment, being below 400 euros. The OPPO Find X2 Neo also sports 12 GB of RAM, along with its 256 GB of internal storage. Also, it is 5G thanks to its Snapdragon 765G. Its price at the moment is 477 euros, reduced from its original 700 euros. If we take a look at the previous generation of the Galaxy Note, the Galaxy Note 10+ offers a version with 12 GB of RAM, also accompanied by 256 GB of internal memory, which is also expandable via microSD cards. This RAM is accompanied by the powerful Exynos 9825, which has plenty of performance for 2021 and beyond … Its price is 1,083 euros. The cheapest option from OnePlus

The OnePlus Nord 5G, also has 12 GB of RAM and can be considered a low-cost option, in the options with this capacity. In his case it is also accompanied by 256 GB of internal memory and a Snapdragon 765G processor, which gives it 5G connectivity. Its price is 474.60 euros A gaming mobile must overflow with power on all four sides, including its RAM memory capacity. The Black Shark 3 has 12 GB of RAM and 256 GB of internal memory. In this case it integrates the powerful Qualcomm Snapdragon 865 and its price is 649 euros. The Realme X50 Pro is one of the most powerful high-end terminals of 2020, which will still fight a lot in 2021. The terminal has 12 GB of RAM, backed by the very powerful Snapdragon 865 processor. Its price has dropped a lot over the years. of the months, and now it can be ours for 579 euros.

Nubia is a sub-brand of ZTE with experience in mobile gaming. The RedMagic 5S is one of the most powerful on the market, thanks to its 12 GB of RAM, Snapdragon 865 processor and 256 GB of internal memory. We can buy it right now for about 730 euros.

Lenovo also knows how to play

Without leaving gaming smartphones, we find Lenovo Legion Phone Duel. This very powerful terminal has a Snapdragon 865+ brain, accompanied by 12 GB of RAM and 256 GB of internal storage. To be able to get hold of this titan, we must pay 899 euros. Two other OnePlus bets with 12 GB of RAM, which are accompanied by different features and prices. However, both have 12 GB of RAM, 256 GB of internal storage and the powerful Snapdragon 865 processor. This means that both have plenty of performance, although they have differences in other sections such as the battery, cameras or screen. The OnePlus 8T is priced at 699 euros, compared to 892 euros for the OnePlus 8 Pro. The Galaxy S21 have just been presented, but last year’s Galaxy S20 + is still a full-fledged high-end, capable of looking at any device from 2021 from you to you. This variant has 12GB of RAM and 128GB of memory internal, and the performance of the Exynos 990. Its price is 1,161 euros. At the moment, mobiles with 16 GB of RAM have been launched with a dropper. There are variants with this capacity, in mobiles that we have seen previously, such as the Lenovo Legion or Nubia RedMagic, but which are not available in our market. The Galaxy S20 Ultra of the year has 16GB of RAM, but it’s not available to buy on Amazon. There are also bets like the Xiaomi Mi 10 Ultra, which unfortunately is not sold in our market either, and which has 16 GB of RAM. However, this capacity will increase during the year, with other terminals that will be joining the party of this large RAM capacity. However, the launch of the new Galaxy S21 Ultra is just around the corner. Amazon already offers it in pre-sale, and of course it has 16 GB of RAM memory, in this case accompanied by 512 GB of storage and the new Exynos 2100 chip. Its pre-sale price is 1,439 euros, with shipping free for Amazon Prime customers.