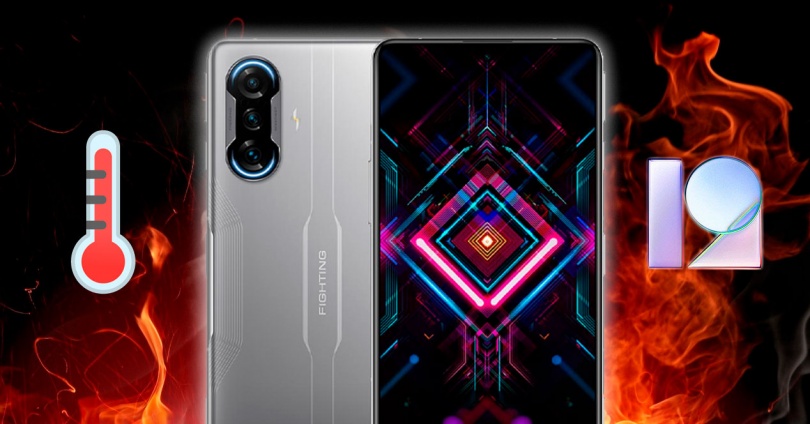 Just a few days ago we learned that the Redmi K40 Gaming presented in China will reach other corners of the world and possibly Spain under the name Poco F3 GT , which was great news for those who had been excited about the specifications of this model and the Little original F3 does not convince them. A terminal that also integrates new features in software, such as the MIUI temperature control that we have discovered now.

It is not the first time that Xiaomi adds options or news that come to light later and this is what has happened this time. Debuting an option that, as we will see, is very interesting and is focused on improving the useful life of the battery , especially in a smartphone like this that has inside everything you need to make the most of the mobile with a MediaTek Dimensity 1200 processor. the head and even pop-up triggers. What is the MIUI 12 temperature control?

The information we have discovered comes from the expert known as kacskrz on Twitter, where he has detected within the internal MIUI code in the Redmi K40 Gaming Edition the information that reveals this novelty. He himself explains that for now it is not known if it will reach other devices, although now what does seem certain is that smartphones focused on Xiaomi gaming will integrate it and therefore that Poco F3 GT.

This system would try to keep track of the temperature that is reached in the smartphone and especially in the battery at the time of charging. This is something very important, since although each time the increase in temperature has been more focused on the charger head, the batteries continue to suffer. With this temperature control in Xiaomi, what will be tried is to make an adaptation of the fast charge to limit it automatically when necessary. In the future Poco F3 and the Redmi K40 Gaming Edition we find a charging power of 67W, which is a true past but that can become a problem for the battery life . Taking into account that it is a mobile designed to play for a long time and that on some occasions we can charge it at the same time as we use it, this would control the charging power so as not to run any risk and that the battery does not lose its capacity .