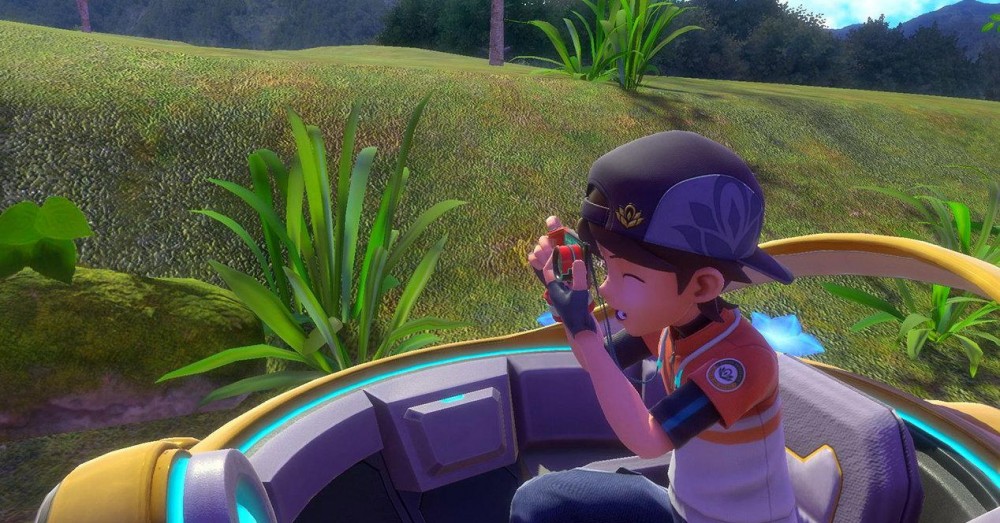 Pokémon Snap is the new sensation for fans of the Pokémon saga. A game that continues that original proposal from 1999 in which you had to take photos of the different pokémons that you encountered along the way. The difference is that there are now more than 200 and the number of legendaries has also grown. If you want to know where to find them, keep reading.

On the photographic hunt for Pokémon

Pokémon Snap for Nintendo Switch is not a game to use within the saga itself, although for some it will be known because they could already play the original Nintendo 64 a few years ago. And it is all those fans who have really made this new version possible, because they have kept an interest in it for a long time.

If at the time you did not play it or if you directly had no idea of its existence, the truth is that you should give it a try now that you can on the company’s latest portable console. Because whoever is playing it is really enjoying its dynamics and the rhythm that it prints. So much so that there are already those who compare it to the relaxing experience of Animal Crossing.

Still, let’s say you don’t know what exactly Pokémon Snap is about. Well, if you haven’t heard or read anything about it, it’s a game where you have to go through different areas in search of pokémons. But not to capture them with the pokeballs but with your camera.

Yes, this is a photographic game where the objective is to achieve the maximum number of snapshots of each and every one of those who inhabit the area where you are going to move. And there will be few, because if there are 200 different pokémons, each of them offers four unique poses. So doing a quick calculation, at a minimum you would have to take 1200 photos.

Of course, it will not be easy to take photos of everyone, especially the legendary pokémons. These will be a bit more hidden, but we are going to help you in case you want to take the fast track at some point. Something that we do not recommend, especially if you have just started playing. Because some details of the story may be revealed to you ahead of time. So here you decide, if you continue and know some spoilers or leave this article in bookmarks for when you need it in the future.

Where are the 10 legendary Pokémon Snap

Suppose you have decided to move on. You love the idea of ​​touring every corner of the area in search of new Pokémon and the odd legendary creature, but if you don’t have much patience or you lack one that no matter how much you look you cannot find, then surely you are interested in how to know the 10 Legendary Pokémon from Pokémon Snap.

This Legendary Pokémon appears upon completing the journey. It’s the last boss fight in the game, so all you have to do is invest the time to finish it. Once done, you can take out your camera and take as many photos as you want when you find it in the Lúmini area of ​​the Ruins of the Custody.

Shaymin is a hedgehog-shaped Pokémon that you can find in the Floreo Natural Park, although it will have to be at night. To make it come out you have to shoot orbs on the two lumini orbs that you will find two hidden places.

You find Mew in the Lush Jungle at night too. You will have to play music with the music box until you see how it begins to appear, that will be the moment when you have to hit it with a Fluffruit and walk fast to be able to photograph it.

Finding Jirachi doesn’t seem difficult if you know where to look. The first thing is to finish the game, once done go to the Ruins of the custody and there you will see almost at the beginning of them how Jirachi is up.

Getting Lugia’s photo taken isn’t impossible, but it does require a bit more effort than many other legendary Pokémon. To start, you will have to go to the Lensis Trench. Once you are there, go down the path that opens when Clawitzer knocks down a rock after throwing an orb at it. As you go down you will see that some flyers that at some point will begin to chase and catch a Lanturn that will appear. When you release it by throwing an orb at them, it will thank you by showing you a new path that will take you to Lugia, which will be sleeping peacefully.

Getting a picture of Ho-oh will not be easy, as this unique Pokémon does not always appear in a specific place but rather tends to be seen randomly at different points of the Laviscoso Volcano. So you will have to be very careful not to miss the opportunity to hunt it, although if you want some extra help it is likely that by a cliff you will find a Crystabloom and next to it a Charmander hanging. There you may find it easier to find the legendary.

Celebi may be one of the easiest Legendary Pokémon, although you do need to have the right level of research for it to appear. If so, you will only have to go from one side of the Changing Forest to the area without fog. There you should see it go by, so the only thing you would have to do is be attentive to shoot your camera.

Other legendary pokémons that will cost you to find is Suicune, although it is not impossible if you follow the steps. You basically have to go to the Algente Valley during the day. There you will have to chase down an Alolan Sandslash that will open a new path. Take a photo of it so that it runs away and thus see how a sand bar appears to the left and above the baric. When you return to see it, it should dig a hole that opens a new path that leads to the two versions of the stage.

Ready, you just have to return to that stage at night and take the path that has been opened. In it you will find a Crabominable, shoot an orb to hit a tree that will make an Abomasnow appear. With its movements, this Pokémon will make a Frosslass fly and when you take a photo of it, a secret path will open.

Once you exit the cave, on the left you will see a Jynx riding an Avalugg, throw an orb at them and that will be when Suicune will be sold. Complicated? Well, it seems a bit confusing, but with a little order it is safe.

If you want to take the corresponding photo of Diancie, go to Caverna Quimbamba. When you get to the end of the level, in the crystal room, look down and you will see two Carbinks and a Mawlie. Hit each of them with an orb and Diancie will come out.

Finally, with the game already overcome, it will be when a final night raid of the Miriadis Reef will be unlocked. It will be there when you will have the opportunity to hit the Lapras that appear and that will cause Manaphy to appear jumping out of the water and dancing.