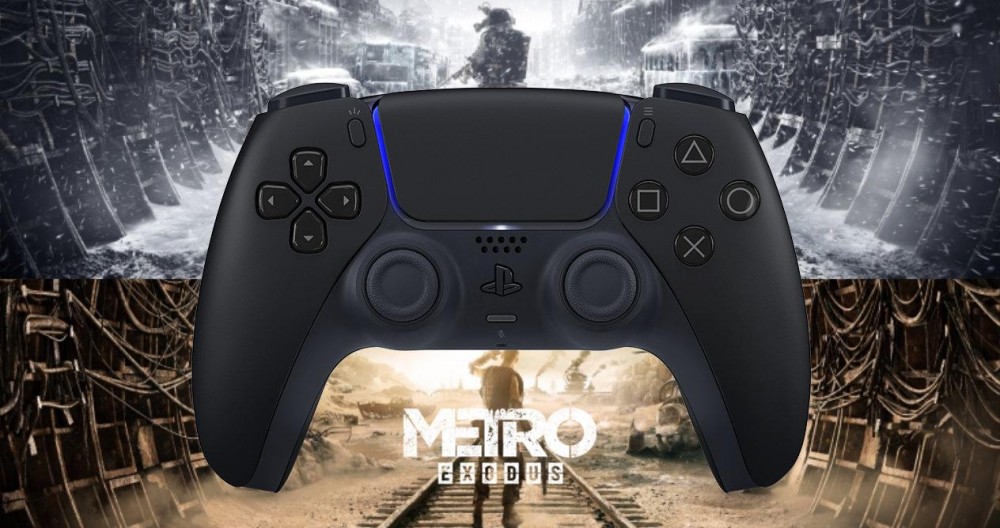 Be careful because if Metro Exodus Enhanced Edition for PC already offers support for the best feature of the new PS5 DualSense controller , it is very likely that many others will arrive from now on. So maybe the Xbox controller is no longer the best option to enjoy computer games.

Being able to use the controllers of consoles such as PlayStation or Xbox on PC and even on iOS and Android mobile devices has been possible for quite some time. And it is certainly great, although not always all the capabilities of these controls have been used in the same way as in their respective systems. Something that on the other hand was also understandable.

However, now all this is changing and it is only necessary that there is an update available to be able to support new features such as the one that, for example, introduces the latest Sony DualSense control for your PlayStation 5: adaptive triggers.

That is what this time the improved edition of Metro Exodus has achieved , a video game that becomes the first on PC to take advantage of this DualSense feature . And that possibly makes many users no longer see the Xbox controller as the best option to play.

In the recent Metro Exodus Enhanced Edition update, support has been added for the new PS5 DualSense controller. In the change log there is not much information, but some users who have already been able to use the control with the game have seen how now what was done was to add support for haptic vibration and adaptive triggers.

What does this mean when playing games? Well, the command or the triggers rather now offer resistance when shooting. This means that if you lightly press the trigger itself, it will not perform any type of action, it will not fire. So until it is pressed to the end it will not open fire.

Additionally, that adaptive trigger support is complemented by haptic vibration that will simulate the recoil of the weapon when firing. So the feeling will be much more real and that will improve the immersion itself.

How to qualify for these Metro Exodus upgrades

To start you need a PS5 controller. Secondly, you must also have the game and have updated it to its latest version depending on the platform where you purchased it. Because the version number will be different depending on whether it was obtained through the Epic Games Store, Steam, Microsoft Store or GOG.

From there, to enjoy the game and hope that many other developers are encouraged to launch an additional patch that supports this gamepad. Although surely there will always be those who prefer the Xbox one for the distribution of its buttons, levers and control crosshead as well as ergonomics in general.