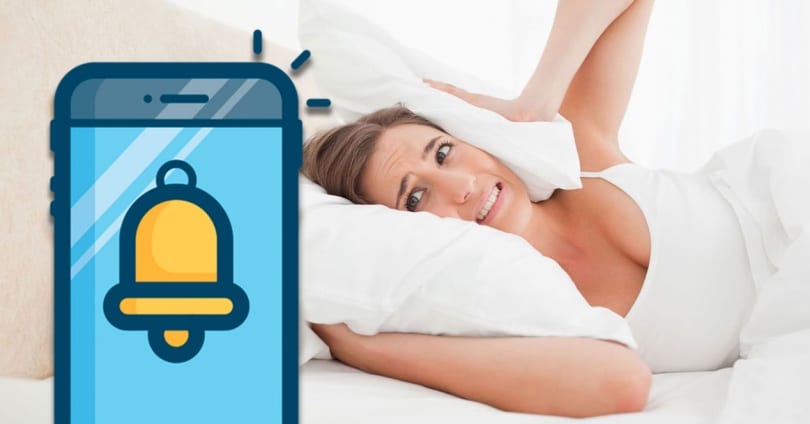 It is not the first time that a study of this type has been carried out but it is still advisable to remember for all the effects that using the mobile phone as an alarm can have on rest. The sound we use to wake up , according to a new study, can affect how we find ourselves throughout the day but the most curious thing is what type of alarms seem to serve us best.

The ringtone of your mobile alarm can have a significant impact on how lively you feel in the morning. Today, there is a wide range of options to choose from when it comes to the sound that wakes us up every morning and choosing the best one is not complicated at all. Even if you’re an old-school “Heavy,” it might not be optimal to wake up to Judas Priest’s “Painkiller” at full volume.

Our musical choices influence the way we are once awake after the alarm goes off and, according to these studies, affect how effectively we go about our daily tasks.

What alarm tone to configure on the mobile?

According to the University of the Royal Melbourne Institute of Technology (RMIT), “If you do not wake up properly, your work performance can degrade for periods of up to 4 hours. It could be assumed that a standard ‘beep beep beep’ alarm would improve alertness, but our data revealed that melodic alarms may be the key element. “

The researchers worked with a group of 50 participants and focused on self-reports against standardized measures of a state called “sleep inertia,” that is, the transitional state between sleep and wakefulness, marked by poor performance. reduced vigilance and the desire to go back to sleep . The researchers found that while there were no significant associations between actual sleep inertia and the sound of the morning alarm, there was a significant association between the type of alarm tone and a person’s perceived sleep inertia. Users who used more melodic alarms said they felt more alert and awake in the mornings, while those whose alarms had louder sounds, such as intermittent beeps, said they felt more tired.

What melodies to choose?

We are not going to be the ones to force you to put a song by David Bisbal or Los Brincos as an alarm, but the study suggests that songs like “Good Vibrations” by the Beach Boys or “Close to Me” by The Cure can help you perform. transition to a waking state in a more effective way.

Of course, instead of waking up dancing, remember to turn off your mobile alarm if you don’t want to turn your building into a beach party.