The Apple Watch is increasingly multipurpose, and although it has logical limitations for its size, the truth is that many functions can be carried out thanks to it. One of them is to record audio through the clock, which was previously only possible with some third-party apps that did not work quite well. But there is already a native way to record voice memos in watchOS. How? We show it to you.

Record and listen to audio notes on Apple Watch

Surely on more than one occasion you have needed to take note of something and you have not had a notebook or a device like the iPhone to do it. Or maybe it is, and yet you find it too tedious at the time. That is why recording quick audio notes on the Apple Watch is a great solution and since the arrival of watchOS 6 it is possible to do it through the native app that is precisely called Voice Notes. 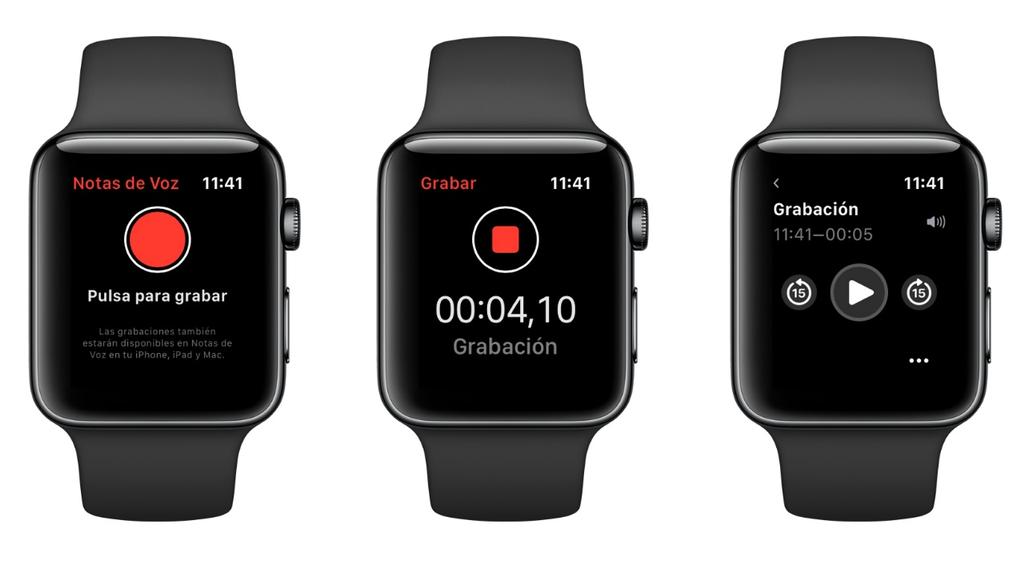 The only requirement, which we have already said, is that of the operating system and if you have an earlier version of watchOS 6 you will not be able to have this native app. The way to carry out the recordings on the Apple Watch is really simple, just having to open the Voice Notes app on your Apple Watch and then press the red button to start recording.

To stop recording, press the button that appears on the screen, the classic square symbol. When listening to the recordings you can do it from the clock itself, which is also very useful to avoid having to resort to another device. However, listening to the Apple Watch a voice note can be complicated at times if there is a lot of noise in the environment, so you can listen to these same recordings on all those iPhone, iPad and Mac in which you have linked the same Apple ID of the clock.

If you later want to delete the recording you will also have it very easy, since it will be enough to open the note in question from the clock, press the three points that appear in the lower right corner and click on “delete”. Also from other devices in which the recordings are synchronized you can delete them and make them also disappear from the Watch.

Obviously the recording will not be of maximum quality and you can even get to use this audio professionally, despite being able to treat it later on other equipment. But, as we said at the beginning, this option is attractive for those occasions when you need to remember something.

Are there alternatives in the App Store to record audio with the Apple Watch? Of course, and there are some that are also very good. However, we believe that perhaps nothing is needed but the native app, since it perfectly meets the purpose that most users can have when they want to record audios with their watch.