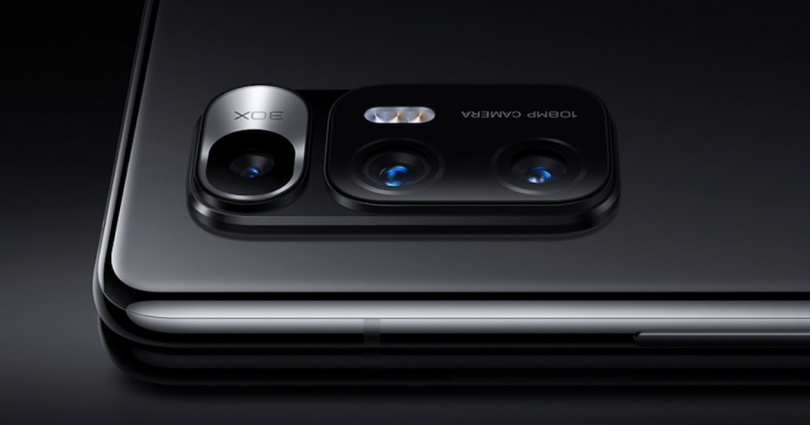 After the official announcement on March 30 of the new Xiaomi Mi Mix Fold, its first phone with a folding screen, many new features were known, including the liquid lens of one of its rear cameras . With this great innovation, questions arose such as: What are liquid lenses? How are they different from other sensors? Are these lenses better than glass ones?

It will be the first time that this technology reaches a final consumer product and many believe that it could change the way we see the world through the cameras of our mobile phones. What is clear is that liquid lenses have become a threat to the current cameras of our terminals . And not only Xiaomi has decided to bet on this technology, since Huawei also has in mind to bring out the P50 with a camera with a liquid lens.

What is a liquid lens

To begin with, you have to know that this concept of a liquid lens as it is known today was shown for the first time in 2013, although the theory of this lens appeared at the beginning of the century. And it is that these lenses are built on the basis of electricity, in addition, they have a flexible film filled with a transparent and moldable liquid through the use of electrical impulses. That is, by modifying the shape of the liquid, a simple drop can be converted into a concave or convex lens. So by exerting that pressure with electricity we can vary that refraction of light through the system, resulting in a faster and more accurate focus variation. For those who are not unaware, the lenses of the cameras of our mobiles are made of glass and its focal length depends primarily on the material from which it is made and the radius of the curvature. On the other hand, liquid lenses are composed of a liquid whose main characteristic is to be able to change shape at a much faster rate, which will allow us to change the focal length at will.

As Xiaomi explained very well, after choosing this type of liquid lens, they opted for this option because it allows them to use the same camera for different purposes . A liquid layer is used on said lens, a material that can be molded, thus allowing that camera to have different uses. And it is that this principle that has been used to develop this liquid objective is the one that is similar to the functioning of our eyes. In this case, the lens of our eye would be that liquid target that changes its shape with the pressure of the ciliary muscle and allows our eyes to focus at a higher speed on any point we want.

Its great advantages and disadvantages

The use of these liquid camera lenses in a smartphone gives us a series of advantages over the optical lenses that our mobiles have today. A fact that has caused brands such as Xiaomi or Huawei to have taken into account when using them in their next terminals. However, although they will present us with a great series of benefits, they also pose a great problem for the future of mobile phones In favor of liquid lenses

One of the factors that make it difficult for this liquid lens to reach all of our terminals is that it can only work with a very limited amount of liquid , so if there is a lot of it, your system will not be able to adapt well. For example, Xiaomi has specified that the liquid contained inside this lens is capable of withstanding working temperatures ranging from 40 degrees below zero to 60 degrees, so it must be operational in as many situations as possible. In addition, until now they had not been applied for mobile phones because the prices for the development of the optical liquid are very high and few companies had the production rights of this technology. Therefore, current mobiles could not include this type of lens. However, thanks to technological evolution and lower production costs, its arrival in the next smartphone seems imminent.

One of the first companies to announce it was Xiaomi, making possible the arrival of this technology for the first time on mobile phones with the launch of its Mi Mix Fold . And it is that, the Chinese manufacturer, assured that it has been able to develop a system capable of manipulating this lens and that it will serve at the same time as a telephoto lens and as a camera with macro focus. However, it is not the only brand that has announced a mobile with this innovation. Since Huawei could also release the Huawei P50 and P50 Pro with liquid lens. Or at least, they are still working on it, although they are just rumors, which we will have to keep waiting to confirm them.