When choosing an operating system for our desktop PC , most users opt for Windows 10. But you have to know that we can also make use of one of the many Linux distributions that we have at our disposal. In addition, it is very likely that they will pleasantly surprise us once we start working with them.

It is true that Linux systems a few years ago did not have a particularly positive reputation. One of the reasons for this was its complexity in use, something that has been largely corrected over time. In fact, currently the developers of the open source operating system try to facilitate the use of their projects even for novices. In addition, we must bear in mind that the different distributions , or at least many of them, present us with some interesting and important advantages over Windows. For example, starting with the security that these systems offer us, or we can also place special emphasis on their performance. We tell you all this because many of the users accustomed to Windows, when they go to test a Linux distribution, they notice that this operating system goes much faster. The reasons for all this are various, as we will see below.

It goes without saying that security in Windows is always much more in question than when working with a PC based on a Linux distribution. That is why it becomes almost essential to have a security solution in the form of antivirus. Whether Windows Defender or any other third party, these programs are found on almost all PCs running in the background at all times. 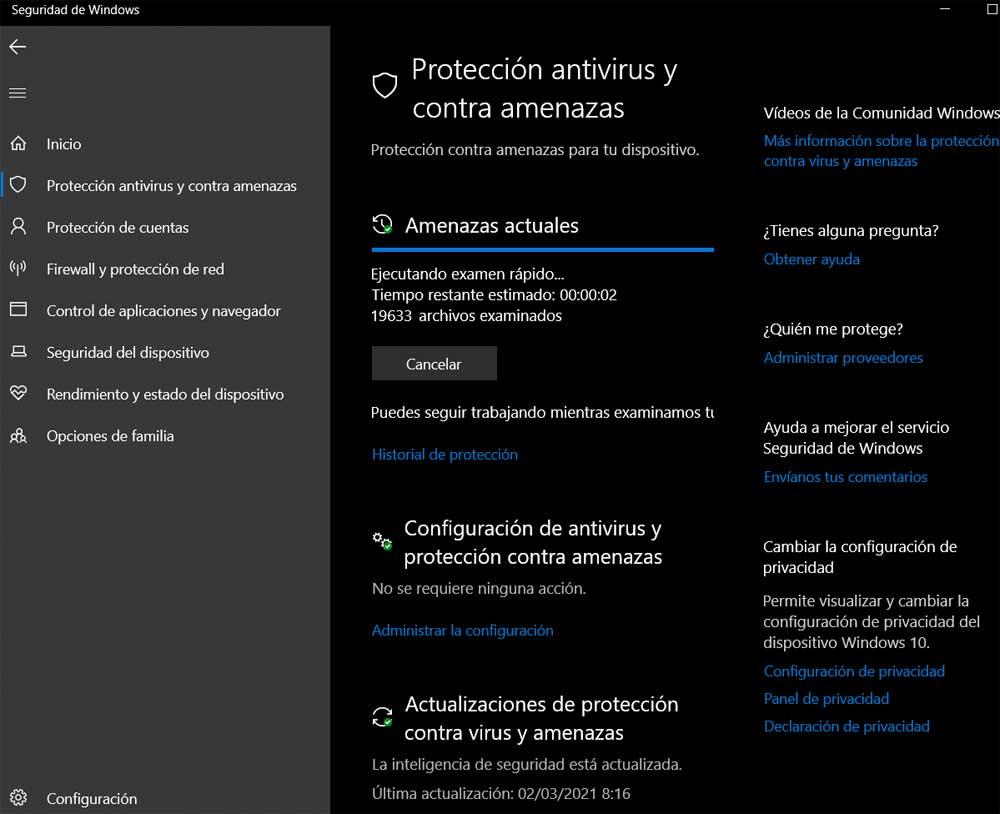 It is something that has been talked about on many occasions, and it is that these security programs tend to have a high consumption of system resources . However, due to the fact that attacks with malicious code are practically non-existent in Linux, we save ourselves from the resource consumption of always having an antivirus monitoring.

Here it is also worth commenting that Linux applications share files better than what happens in Windows. Instead of using the usual Windows DLLs , Linux uses .SO files or Shared Objects, which are libraries. We can also find the files. KO, which are the kernel. Well, an application in Windows may depend on a specific version of a DLL, but its developer knows the user’s version of Windows and the DLLs installed. To avoid mistakes, these libraries are always included. This means that the installers are heavier, take up more space, and consume more resources, something that does not happen in Linux.

Using file systems like EXT4 or BTRFS optimized for SSD

The SSD disk drives little by little are imposing themselves in a market that for years has been led by HDD storage units. Therefore, many software developers are focusing their projects on this specific disc format. In this sense, it is worth noting that Linux uses file systems optimized for this type of solid drives, which makes us gain in performance.

Here file systems such as the well-known EXT4 or BTRFS come into play, which with the passage of time are spreading among these open source operating systems. All this in parallel to how the solid units we are talking about are spreading to improve the operation of the software in general.

The Linux kernel is modular

As you can imagine, one of the most important elements of these operating systems is the Kernel that they integrate. The operation of this directly affects the behavior and optimization of the software , something that its developers are fully aware of. Therefore, In this sense we can highlight that the Linux Kernel is modular. This positively affects system performance in many ways.

For example, in this sense we can highlight that this element we are talking about only loads the drivers it needs in each case. What this does is free up a good part of the team’s resources and that what is running works better. Continuing with this same theme, say that here much fewer processes and services or daemons are loaded at startup of the operating system. This, as happens with the loading of drivers that we have mentioned previously, is one more point in favor of Linux to consume less resources.

Among the most criticized sections of the Redmond operating system, Windows, telemetry is one of the leading ones. This refers to the monitoring that the operating system itself makes of our movements in the system. Part of it all is sent to Microsoft‘s servers automatically. Despite the fact that this is done anonymously, most users dislike it at all.

The same happens with bloatware, the programs that we are already installed in the operating system itself and that only consume resources when we do not need them. Therefore, here it is worth noting that Linux-based systems lack all of this, which we are commenting on, hence their performance is better.